Titus County: A look at one of the worst COVID-19 hotspots in Texas

Titus County has one of the highest cases per person rates in the state. 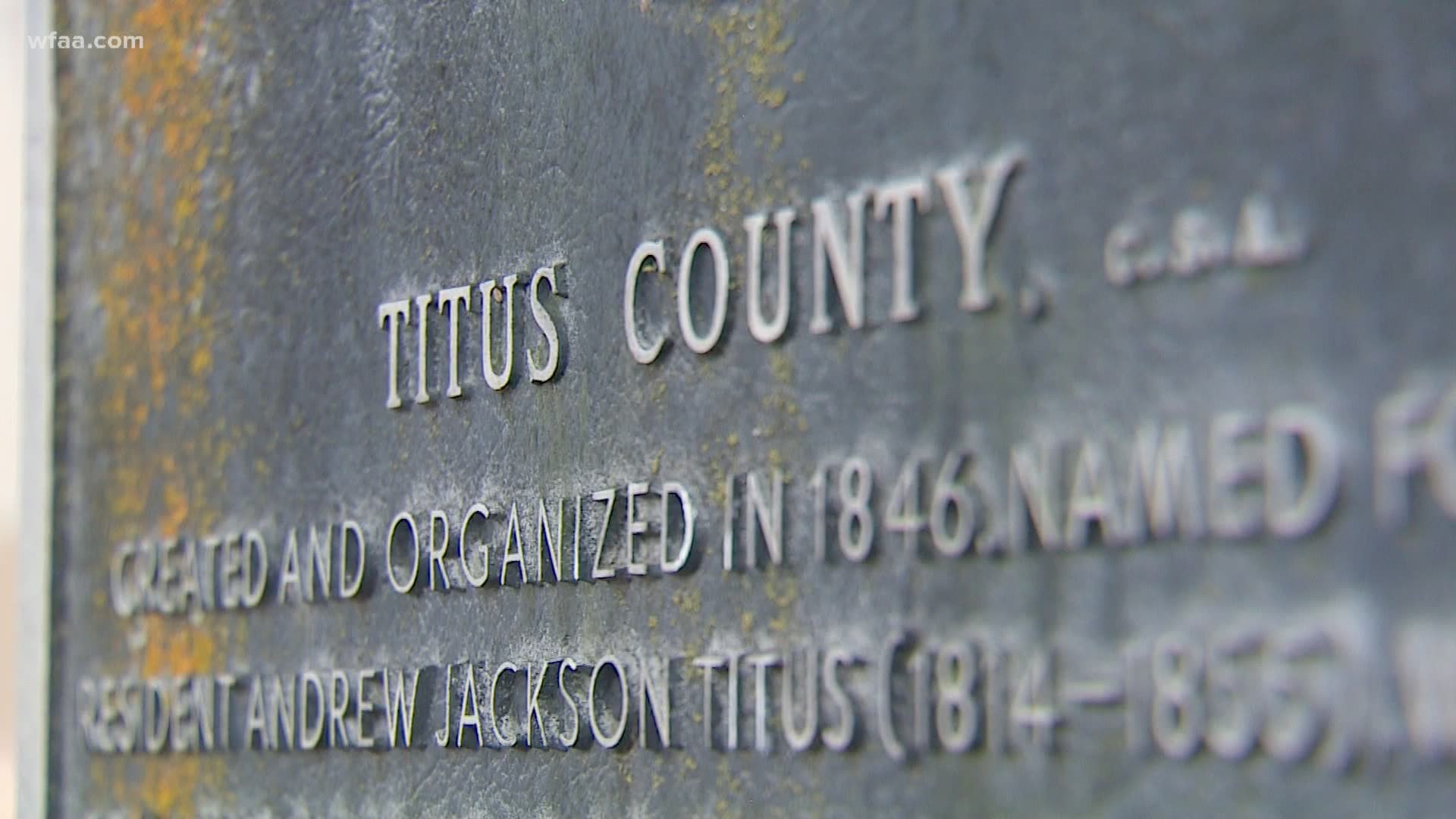 MT PLEASANT, Texas — Titus County is home to about 30,000 people, and in a place like that, COVID-19 cases aren’t just numbers on dashboards. They’re names and neighbors.

“We were never expecting to see what we’re seeing now,” Lee said.

“We just prepared, and it never came,” Scoggin said. “When this started, we were nervous.”

“Then in May it all took off,” Lee said.

Cases began popping up in the Pilgrim’s Pride plant which employees around 2,800 people.

“We were hoping that we could keep it out of there, and we did for several weeks,” Lee said. “They were particularly vulnerable.”

The virus quickly spread through the poor community where several generations often live in one home, 31% of the population is uninsured and there’s a high rate of existing conditions that would make the disease worse.

The county now has 852 total cases. In the month of May, they added more than 450 cases. Collin County, which has a population of 30 times larger, added 600.

“There were quite a few people in this area who were positive that we could not get tested. Even today if you want a test, I can’t get it to you,” Scoggin said.

Titus Regional has just 8 ICU beds for the entire area and it reopened a closed floor to handle an influx of patients. They peaked with 20 COVID-19 patients hospitalized at the same time. They ran out of monitors for ventilators, relying on UT Dallas to supply more, and they were short on protective equipment like gowns.

For healthcare workers, patients were sometimes friends. Michael Saenz, a 33-year-old radiology tech, ended up on a ventilator for two weeks, and a 58-year-old employee died.

“You have to go back the next day,” Scoggin said. You don’t have time to take off and that’s what’s been tough. At some point, I’m sure we’ll all sit back and take a deep breath.”

The county was also fighting something just as infectious as the virus, misinformation.

“I’ve got too many people who are active on social media,” Judge Lee said. “These are people who unfortunately don’t know what they’re talking about.”

“What kind of participation do we have? Not good enough,” Lee said.

After a lull, cases are picking up again in the county, and there’s concern.

“We’ve got the schools trying to figure out what they’re going to do in the fall. That’s a total fiasco,” Lee said. “These families don’t have the money, some of them even a cellphone, much less a computer or a tablet. How do you solve that? I don’t have a clue.”

In May, Dallas and Tyler helped with any patients Titus Regional couldn’t treat but with a surge in patients across the state, that may not be an option now.

In a county where the toll from the virus is personal, there’s hope more neighbors begin to listen.

“When it’s all said and done, yeah, we’re going to survive this,” Lee said. “But how do you define survival.”