'It sows confusion amongst the public': North Texas judges frustrated with lack of consistency in state's COVID-19 numbers

While the number of COVID-19 cases is rising across the state, several North Texas judges want to see more consistency with the state's statistics. 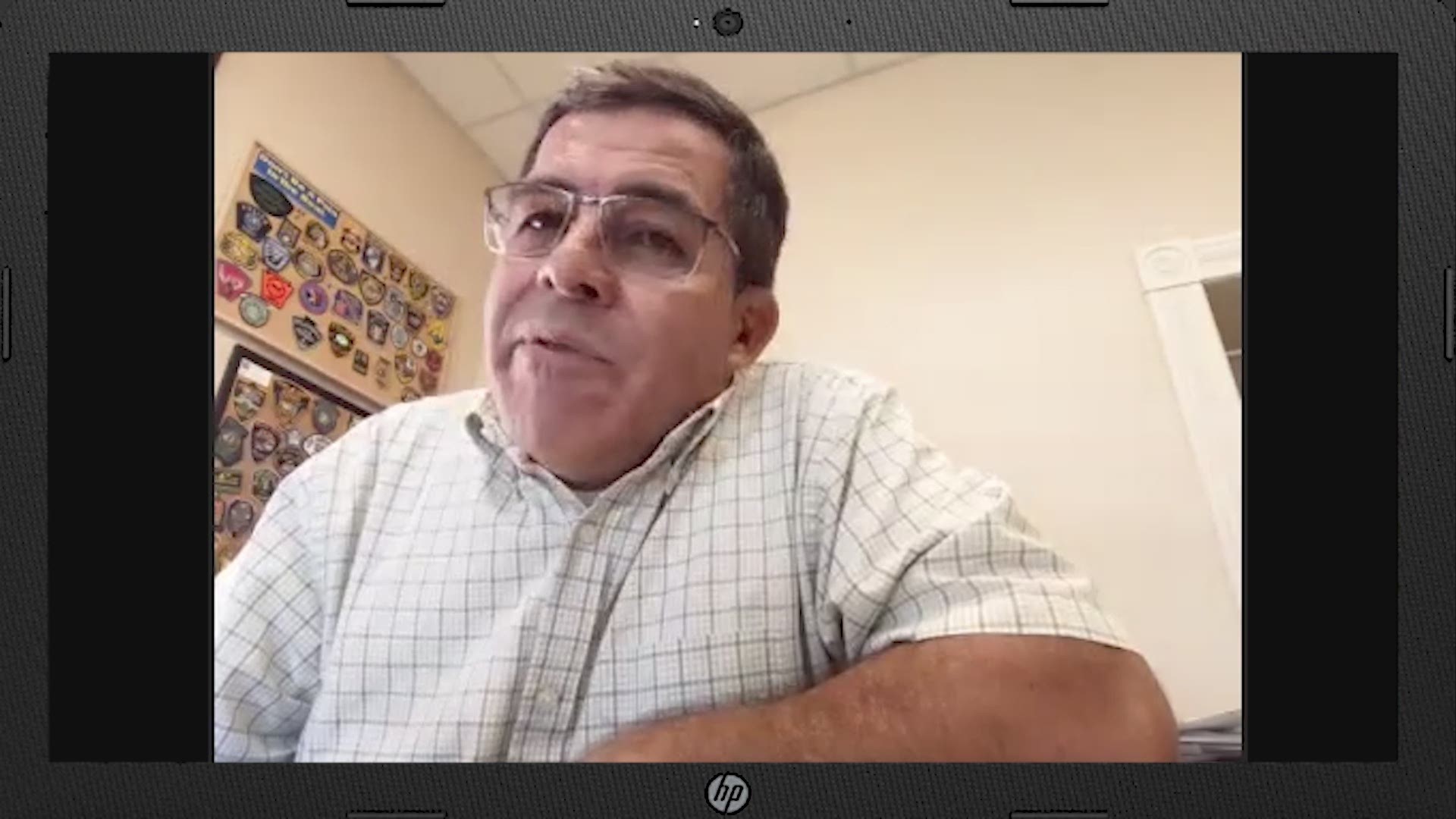 DALLAS — Erath County Judge Alfonso Campos has had a medical team tracking his county's numbers since the first positive case of COVID-19 hit his community in late March.

With a population of 42,000, Erath is a county without a local health department. Campos and his staff worked out a contract with a doctor to be in charge of the virus in their area.

The county only had 15 positive cases of the COVID-19 virus from mid to late May.

That's no longer the case.

It's not clear how big of a spike the county is seeing.

The Texas Department of State Health Services (DSHS) said there are 92 positive cases in Erath County as of July 1.

The team Campos' staff hired to keep track said there are 166 cases.

"It's confusing, what can I say?" Campos said.

When looking at the numbers day-to-day on the Erath County website and then comparing that to the numbers posted to the DSHS website, they have regularly been different since the recent rise in cases.

Campos said it causes some of his county's business owners and residents to question which set of statistics is correct.

"I hate having two databases, but I can't let ours go because I feel like ours is up to the minute," Campos said.

Wise County is facing a similar issue, specifically when talking about the number of active COVID-19 cases.

While County Judge J.D. Clark said there are currently 41 active cases in Wise County, the state website said the county had 11 active cases on May 20. As of June 1, that number remains at 11.

"It sows confusion amongst the public," Clark said. "It makes people question the data that's out there."

Clark also said some of the smaller Texas counties will have a lag in reporting, causing days to go by with no cases and then a sharp rise in a single report.

"Then when suddenly all that data hits, it looks like, 'Boom, all these new cases in one day,'" Clark said. "It makes people question, 'Is it worse than we think or is it better than we think?'"

This is a situation Kaufman County Judge Hal Richards said he also found himself in last week.

After remaining in the mid-to-high 300s in terms of total cases for nearly two weeks, Kaufman County saw an increase of nearly 120 cases in a single day.

Richards said around 70 of those cases came from test results that happened weeks before.

"When the numbers that they see are inconsistent, that's what raises the anxiety and raises the temperature on us, too," Richards said.

Rockwall County Judge David Sweet said there will be days when some cases disappear in the following day's case count report DSHS sends to his staff.

"We must have our hands-on accurate, timely, and reliable data," Sweet said.

While Sweet said he believes everyone from the local and state level is on the same page and trying to get the most up-to-date information to the public, it needs to be better.

Sweet also said there have been days recently when the number of new cases, recoveries, and active cases all differ between what is on the DSHS website and the Rockwall County website—even though Sweet's staff is getting its numbers from DSHS.

"This is hard and this is difficult," Sweet said. "We have and will continue to chase accurate, timely, and reliable data."

Ellis County Judge Todd Little has also had some discrepancies, but he said he associates those differences with the transition to the state's new Texas Health Trace system put in place for North Texas counties last week.

"With information changing as fast as it is, we're just trying to keep up," Little said.

He also said he wants people to be patient as this transition smooths itself out.

"We have grace for our citizens and we would like to have that same grace extended," Little said.

Chris Van Deusen is the director of media relations for the Texas Department of State Health Services. He said some of the disparities might be due to the difference between confirmed cases and probable cases.

In terms of active cases, Van Deusen said the state isn't able to reach out to each person with a positive case from each county, so they use an estimation.

"We look at the average time for someone to recover," Van Deusen said, referring to when they will take cases off the active case list.

Richards said people in Kaufman County are watching the numbers very closely. However, no matter what the numbers show, Richards said he is going to personally take the same safe approach until this pandemic is gone.

"It shouldn't matter to me what the numbers are in any given county because it shouldn't affect my behavior," Richards said. "We still need to take all the precautions we can to fight this."