There’s no clear evidence from any major study ivermectin helps treat COVID-19 and the FDA has warned against taking it. 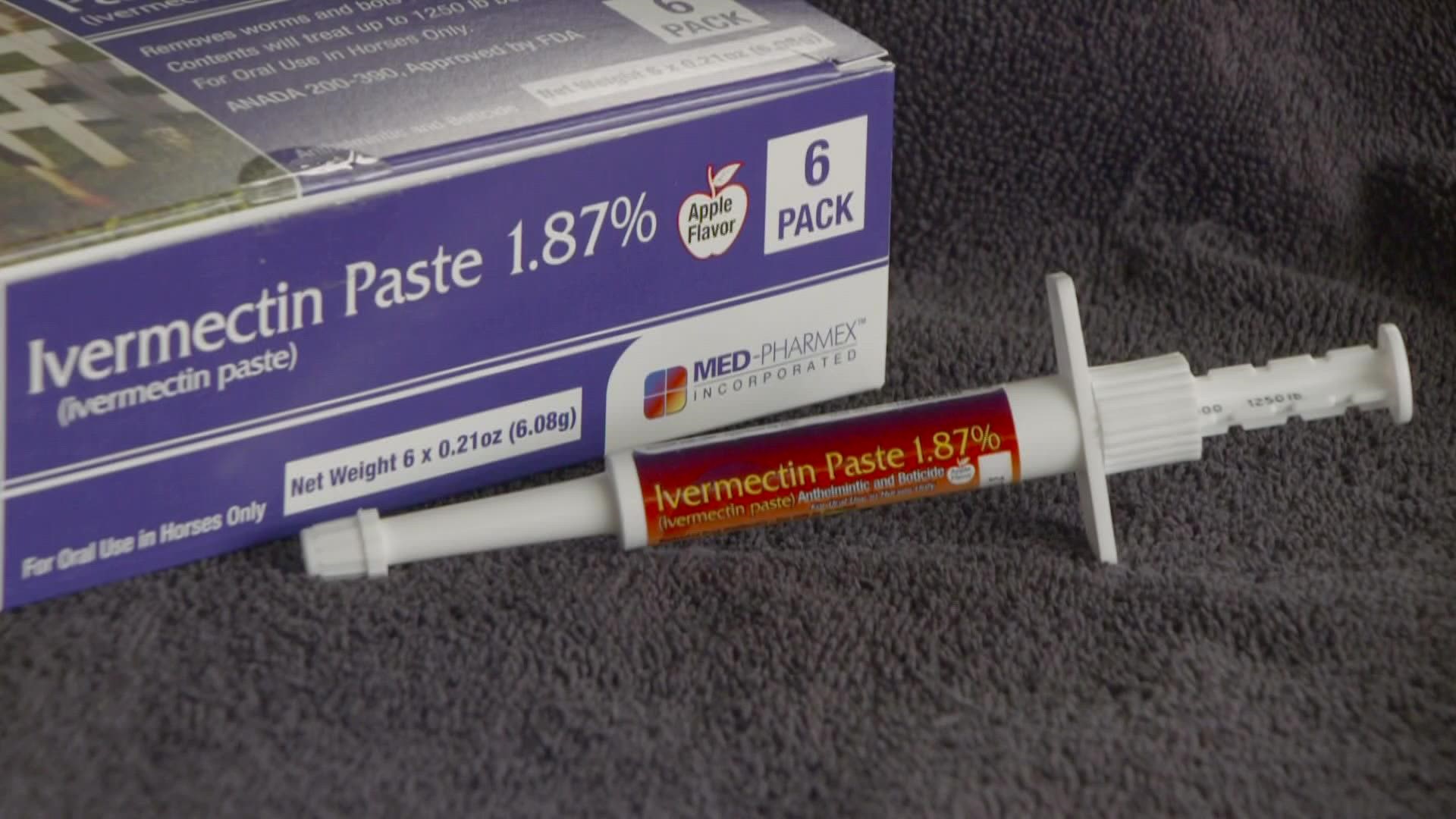 BURLESON, Texas — Inside 731 Farm Store in Burleson, Matt Meredith has taped up a warning from the FDA about ivermectin.

“Not for human consumption. It says it on the bottle,” Meredith said. “It’s for deworming cattle, deworming horses.”

Many people have started taking it to treat or prevent COVID-19, despite an FDA warning titled “Why You Should Not Use Ivermectin to Treat or Prevent COVID-19".

“Some of the most common effects that you can see... are nausea, vomiting, diarrhea,” said Liz Petty at the North Texas Poison Center.

The numbers are increasing, too. Sixteen of the 52 calls this year have been in August.

Last year, the state received 23 ivermectin reports from January through August. This year, there have been 150, an increase of 552%.

“It's sometimes a little difficult for us from the poison center to really grasp, you know why people are using things outside of their intended use,” she said. “It definitely could potentially spiral out of control if the misinformation still continues to circulate out in the public.”

There is a human version of the product, but it’s not approved to treat COVID-19, because there’s no clear evidence from any major study that it helps. The poison center will now ask people where they bought it and which formula.

Fox News hosts have pushed the drug as an effective treatment for COVID-19. A non-peer reviewed study that appeared to show a strong benefit was retracted, because of issues with plagiarism and manipulated data.

Phil Valentine, a conservative radio host in Tennessee, had told his audience he found a doctor to prescribe him ivermectin. Valentine later died of COVID-19. His brother said the host regretted not being a strong advocate for vaccination.

Many feed stores across North Texas told WFAA they are sold out of ivermectin. Meredith said his supplier told him they can't get it for him.

“Nobody’s got it,” Meredith said. “You can’t even order it online.”

Meredith’s major concern is he can’t get it for customers who need it to keep livestock healthy.

He said those who don’t often ask strange questions.

“They ask for ivermectin or iver-medicine or whatever the case may be,” he said. “This is for livestock. I mean, one tube will treat a 1,250 horse.”

“Just think about the consequences if a child were to get ahold of it,” Petty said. “We always say that medications look like candy to children.”

Tractor Supply told WFAA it has also added a warning to its stores.

“The product sold in our stores is only suitable for animals and is clearly labeled as such,” a spokesperson for the company said in an email. “We have signs to remind our guests that these products are for animal use only.”

It seems simple, but Meredith has little hope his warning will make a difference.

“People are going to do what they want to do anyway,” he said.