'For him, Allen was his dream': New assistant football coach at Allen High School dies after weeks-long COVID fight

James Shillam died Sunday, days before the team will play their first game. His family said he made the personal choice to not get vaccinated. 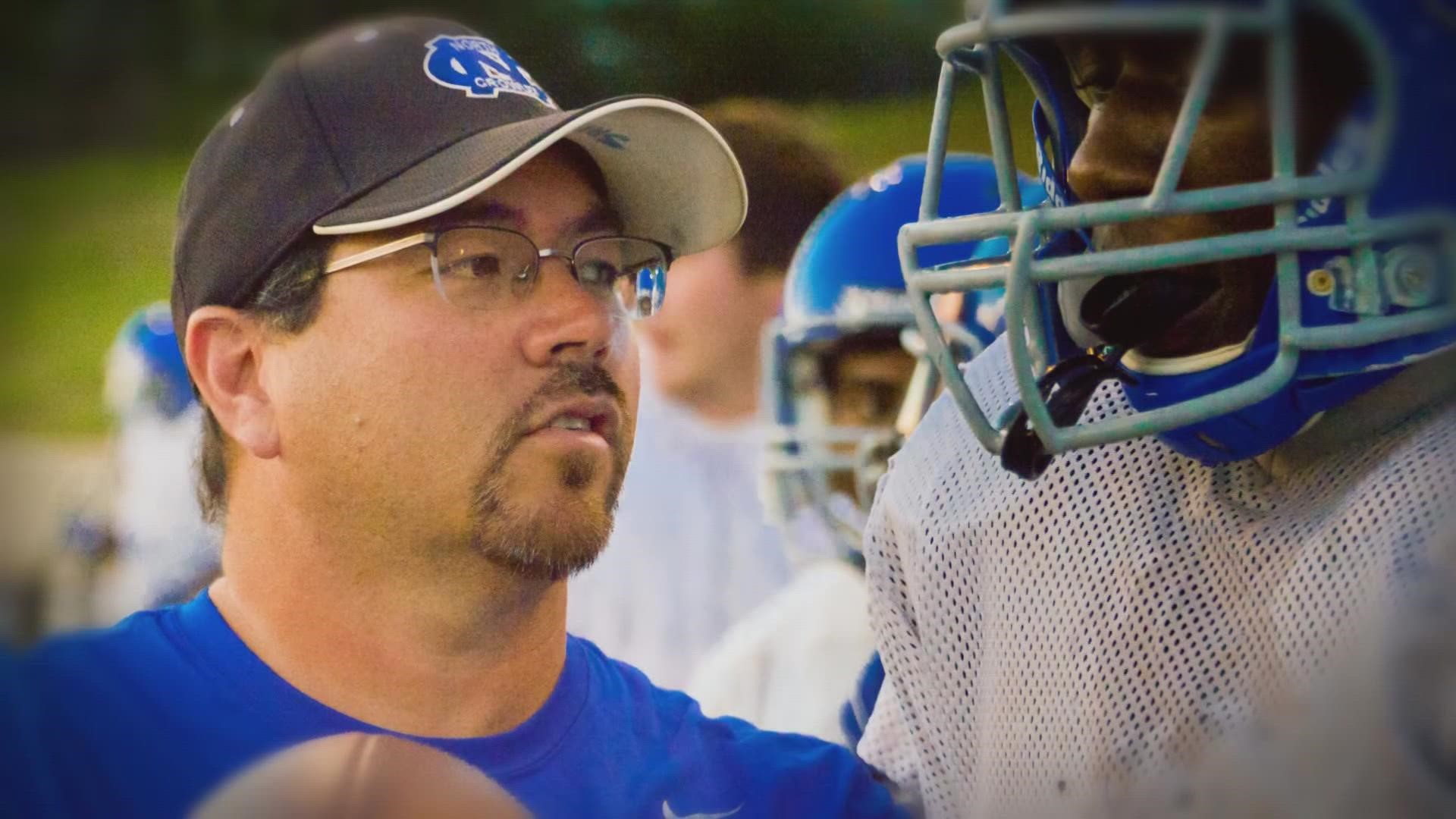 ALLEN, Texas — James Shillam had just achieved a life-long dream of coaching at one of the most heralded high school football programs in the country. He signed on to become an assistant coach at Allen High School and was excited to start the new season.

“He adored every minute of Texas football,” said his wife Kyp Shillam while sitting in the stands at Allen Eagle Stadium. “For him, Allen was his dream. It was his promised land,” she said.

Shillam fell ill in early August and died Sunday after a nearly two-and-a-half-week fight with COVID. He was 56. The family told WFAA Shillam was not vaccinated, and that it was a personal choice to not get vaccinated.

“He was everything you want in a coach. He lived and breathed with faith and he walked with it. And he poured into kids,” said coach Paul Ressa, who is now with Denton-Ryan. Ressa and Shillam had coached together at Newman-Smith High School in Carrollton.

“I was a mess…anytime you lose a good man…just an absolutely incredible man,” cried Ressa.

Shillam was a multi-sport athlete in high school and also a multi-high state champion, according to his wife. The family told WFAA James loved competing, but he really loved coaching. He coached football and other sports for a total of 26 years.

Kyp said her husband was the coach who did not scream or yell, never wanted the spotlight, and quietly helped many kids.

“He wanted every kid that he taught, every kid he coached, to know that good Father through him,” Kyp said. “I’m going to miss everything -- being a football wife, you just have to be all in. I am going to miss watching Hudl as he breaks down film 30 times."

Allen ISD told WFAA Shillam was hired in July, but never got to teach in a classroom at Allen or attend a professional development session. And he died just days before Allen plays its first game this Friday.

“Allen ISD is heartbroken to learn of the passing of James Shillam, and our deepest sympathy goes out to the Shillam family. Coach Shillam joined Allen ISD late this summer, and we are mournful of the fact that we could not witness the positive impact that he would have left on our students and our school district,” a statement from the district said.