Patients completed a five-day treatment and their doctor said none of the patients experienced side effects. 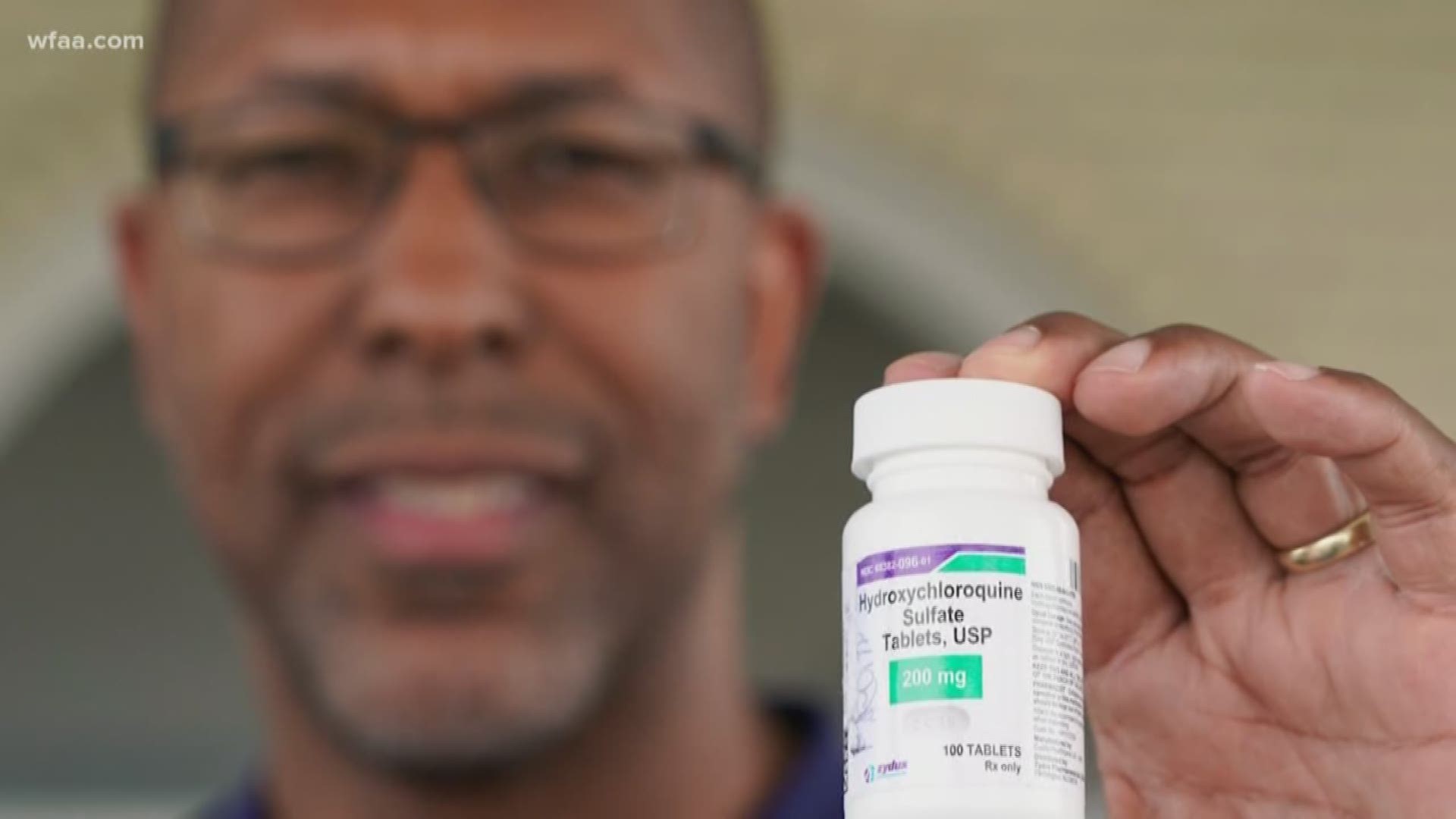 DALLAS — What happened at a Galveston County nursing home over the last week was one of the first big tests of hydroxychloroquine to treat COVID-19 patients in Texas.

“I thought the risk of seeing 15% of that nursing home die was just not an acceptable,” said Dr. Robin Armstrong, MD, medical director at The Resort at Texas City.

Fifty-six residents at this senior facility in Galveston County contracted the novel coronavirus. Dr. Robin Armstrong said 39 of them gave him permission to treat them with hydroxychloroquine pills.

“Most of the patients have done well. And, you know, and I think that that is suggestive that the medication is helpful,” Armstrong told WFAA.

But notice that Armstrong qualified his answer by saying “most of the patients.”

On Sunday, those 39 patients finished five days of treatment with hydroxychloroquine. Dr. Armstrong said no one experienced any side effects.

“We've got one patient now that kind of goes back and forth,” said Dr. Armstrong, “He's an older gentleman, but we're kind of nursing him through the process, but he's getting better.

Two patients receiving hydroxychloroquine have had to go to hospital for unrelated conditions, Armstrong disclosed; a woman had a fall and a man got dehydrated in his room because he was not eating and drinking.

But for the first time since this treatment began, many of those who have recovered from the virus have been able to go outside and get some fresh air over the last 48 hours, Armstrong said.

Hear more about Dr. Armstrong's experience on the latest episode of Y'all-itics.

The 65-year-old anti-malarial drug became controversial after Pres. Trump said it was a promising possibility for COVID-19 patients.

Dr. Armstrong is a Republican activist and said he supports the president, but at first questioned whether hydroxychloroquine would work for patients with coronavirus symptoms.

“When this hydroxychloroquine came out, I was a bit skeptical,” he explained, “because I know the World Health Organization actually was not initially including it in their study, because they didn't think that it was very effective.”

Democrats have correctly cautioned that hydroxychloroquine remains unproven for treating the coronavirus.

But if the president didn't bring attention to this drug, it’s doubtful there would be any political controversy around this pharmaceutical.

Supply and demand have created a new side effect in the market for these tablets.

“I’ve been on this medication for about 20 years or so,” said Sandy Dixon, who lives in Euless in Tarrant County.

Hydroxychloroquine helps her live with lupus, but she says the pills have become harder for her to find since some doctors began using them for coronavirus patients.

“I understand for them it’s an ‘if’ but for me it’s not an ‘if’ factor. I need the medicine every day to be able to function.”

A Kroger spokesperson told WFAA that its Texas pharmacies have hydroxychloroquine in stock.

CVS and Walgreens said it’s now limiting these pills to ensure everyone with a prescription gets some.

Messages to both WalMart and Tom Thumb have not been returned.

Armstrong is quick to note that hydroxychloroquine is not a cure for COVID-19 but he said, in his experience, it can help reduce the severity of the symptoms in some patients.

Subscribe to Y'all-itics to get the weekly episodes on your phone: