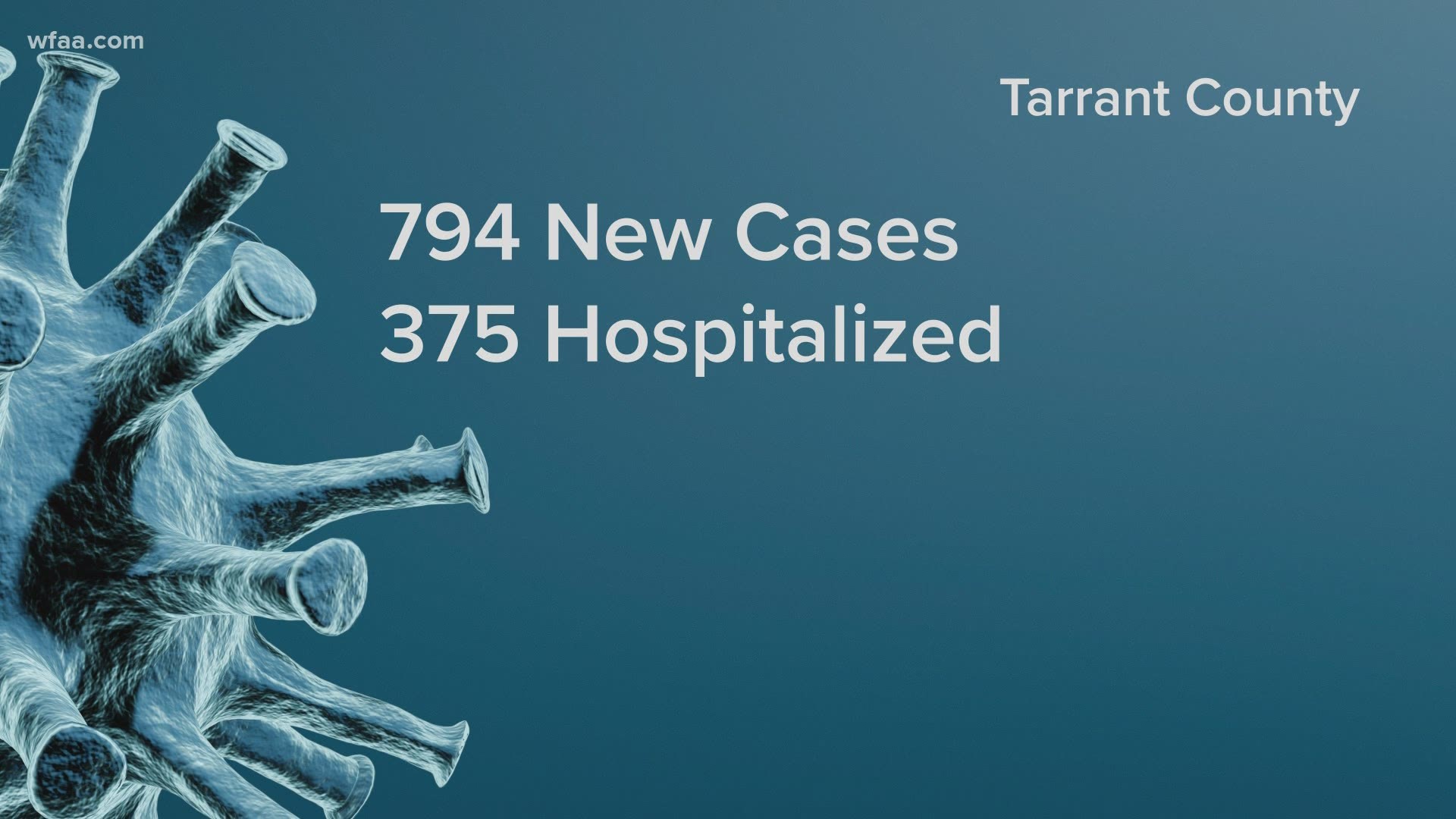 FORT WORTH, Texas — Tarrant County officials plan to make an announcement about bars at 3:30 p.m. Monday.

The restaurants were previously considered bars until a rule change by the Texas Alcoholic Beverage Commission which allowed them to reclassify as restaurants in order to reopen if the business’s expected alcohol sales were less than 50% of total revenue.

Whitley is still working through if he’ll reopen bars this week after Gov. Abbott allowed counties to decide for themselves.

“I made my peace early on that I’ve got to follow the science and the science is pretty clear on this,” he said.

Dallas County’s COVID-19 numbers are trending up, and they’re going up even faster in Tarrant County, which reported 794 cases Sunday, its highest total in nearly two months.

375 people are hospitalized with the disease in Tarrant County, which is up 85% in three weeks.

“The 794 new cases today represents a very real and recent uptick in COVID-19 in our community as as a result of people being more socially active. Most of these cases had illness starting within the last two weeks. The last four weeks we have seen a steady increase in our case counts," Tarrant County Public Health Director Dr. Vinny Taneja said in a statement. "We need to continue to practice social distancing, wearing masks, avoiding large groups and washing our hands. The virus is not gone and we need to protect ourselves at least until a vaccine is widely distributed.”

RELATED: Gov. Abbott says bars can reopen to 50% capacity on Oct. 14, but county judges have to opt-in

“People relax and unfortunately when they relax, we see an uptick in the numbers,” Whitley said.

Whitley says most places are doing what they should. He expects to make a reopening decision Monday but says it won’t matter at all if the businesses that are open don’t follow the rules.

“It makes me feel frustrated because the result of something along that type line will result in everybody being penalized,” Whitley said.