Gov. Abbott says bars can reopen to 50% capacity on Oct. 14, but county judges have to opt-in

The Dallas County judge quickly responded to the announcement, saying he won't "file to open them at this time." The Tarrant County judge said he hasn't decided. 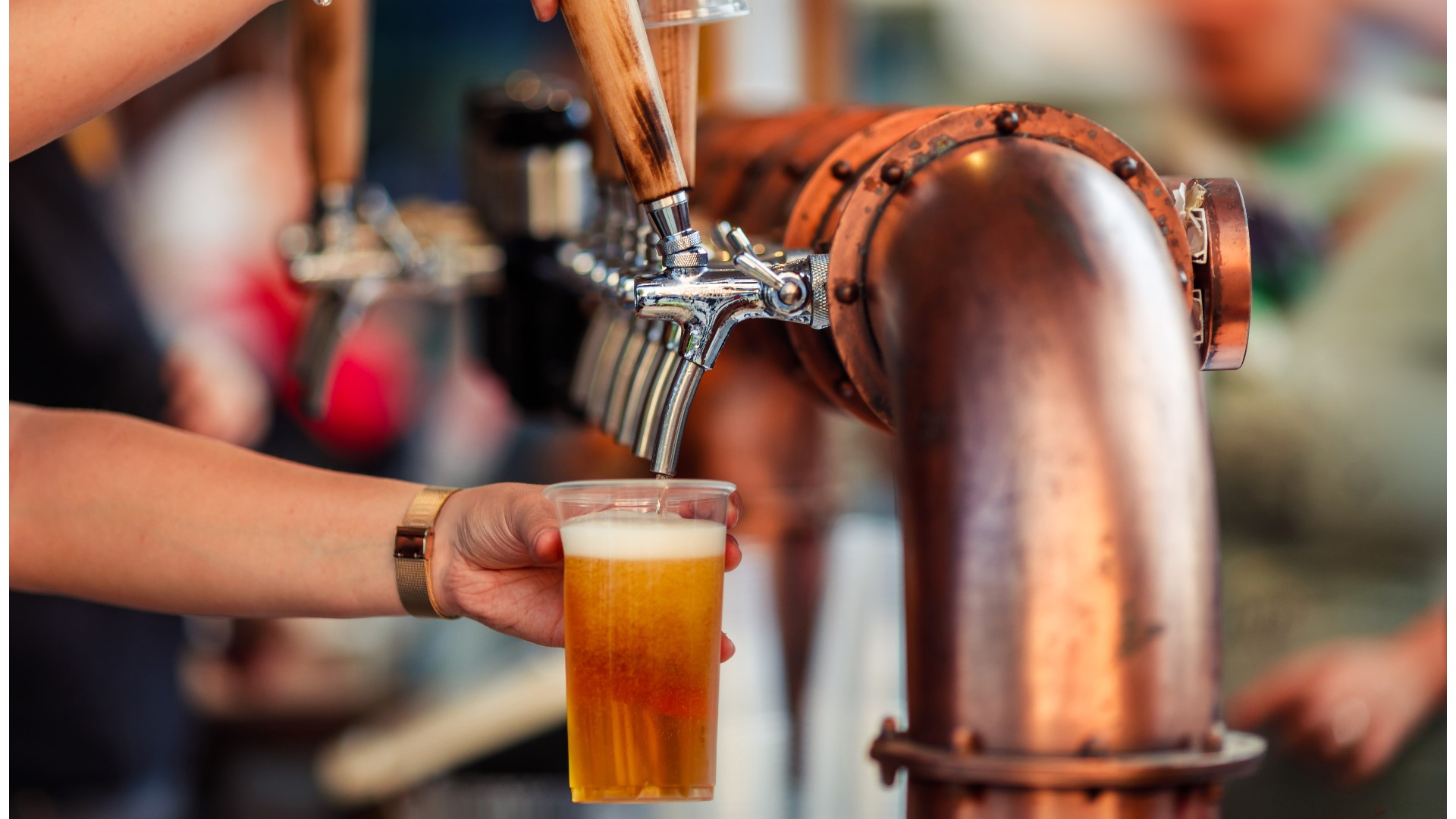 This story is developing and will be continually updated.

County judges will be able to opt in to allow bars to reopen for the first time since June, Gov. Greg Abbott announced Wednesday.

According to Gov. Abbott, effective Oct. 14, county judges can opt-in to allow bars to reopen at 50% capacity inside, and all customers must be seated while eating or drinking. There is no occupancy limit outdoors.

These reopenings will be allowed for those counties in regions with COVID-19 hospitalizations that are less than 15% of hospital capacity, the governor said. County judges must also assist in enforcing health protocols.

For the four largest counties in North Texas, Dallas County Judge Clay Jenkins isn't planning to open bars, the judges in Tarrant and Collin are still deciding, and Denton County Judge Andy Eads will allow them to open.

"I'm glad that the governor left it up to local jurisdictions,” said Dallas County Judge Clay Jenkins who says he will follow the advice of his public health committee. And they say not yet.

"And not open bars right now while our numbers are going up. It doesn't mean that won't happen someday. It's just not going to happen right now,” Jenkins said.

According to the governor's order, bar employees do not count towards the capacity limit.

All employees and customers must wear face coverings over their nose and mouths when they cannot maintain at least six feet of social distancing, according to the governor. Masks must be worn by customers not seated at a table.

The governor said that bars may only allow groups of up to six people to sit together at a table.

The Texas Alcoholic Beverage Commission said Wednesday that a certification form and instructions will be housed on its website, along with details about what counties have allowed bars to reopen.

TABC officials said they would work closely with county governments, industry members and the state to provide guidelines.

Judge Clay Jenkins of Dallas County quickly responded to the governor's announcement, saying on Twitter, "I will not file to open them at this time."

Jenkins said he will wait because numbers in the county are increasing and current guidance from the Public Health Committee and state health officials says going to bars is not recommended.

“It’s terrible for your business and your families and your employees and I hate it," said Jenkins. "I made my peace early on that I’ve got to follow the science and the science is pretty clear on this. We are going up and not down in cases in Dallas County.”

Tarrant County Judge Glen Whitley told WFAA Wednesday afternoon that he hadn't yet made a decision on whether to open bars.

He's going to review the order with his legal counsel and consult with hospitals and public health officials about recent increases in cases, he said.

The county currently has a 6.8% hospitalization rate, officials said, far less than the state's 15% requirement.

Other county judges in North Texas have not yet announced their plans.

The Texas Bar and Nightclub Alliance said in a statement that the governor "officially passed the buck" in his latest announcement.

President Michael Klein said that unlike previous announcements, when Abbott decided himself whether businesses could reopen, this time he forces "254 other people to make the decision for him."

The alliance pointed out that no other industry has been handled in this way.

Two groups who support Texas wineries and distilleries lauded the governor's choice, pointing to the economic crisis caused by the pandemic in those industries.

"We’ve made clear that our businesses can safely reopen, and we’re grateful for the opportunity to throw open our doors once again to Texans ready to taste and buy Texas wines," said Patrick Whitehead, president of Texas Wine and Grape Growers Association and Texas Winery PAC board member.

The groups also said that wineries and distilleries should be considered separate from bars, if future closures become necessary.

The announcement comes after Abbott tweeted Monday that COVID-19 numbers "remained contained," and he would be announcing more reopenings soon. The tweet included a GIF of two beer mugs and "Cheers!"

Prior to this announcement, only bars with permits to sell food and those that reclassified as restaurants have been allowed to reopen since late August.

At that time, the Texas Alcoholic Beverage Commission (TABC) changed its guidance to allow businesses to use alcohol sales projections or show that they recently had less than 51% alcohol sales in order to apply for a Food and Beverage Certificate. If granted, the businesses could then reopen as restaurants.

On Monday, the Texas Bar & Nightclub Alliance (TBNA) responded to Abbott's tweet, saying it has been "putting growing pressure on the governor since August" and anticipating him "to take action in reopening bars safely and fairly." The TBNA said, "Although we do not have official word on whether or not bars will be allowed to reopen, this tweet appears to be a significant step toward reopening."

Omar Yeefoon, owner of Shoals Sound and Service in Deep Ellum, already doing everything to keep his bar and restaurant open with current restrictions, responded with skepticism.

"Am I excited about them allowing bars to open? Not really,” Yeefoon said.

Because to survive this far, he's already had to modify his business, limit seating capacities, rely on food service and delivery, and give up on most of the weekend bar business that comprised most of his income, all while neighboring counties aren’t necessarily requiring their bars and restaurants to do the same.

"And still to this day no one is on the same page. And no one is doing the same thing. And guests are not feeling more comfortable,” he said. “There should be a holistic movement to how we're going to get past this thing."

In Tarrant County, Markus Kypreos at Blackland Distillery is waiting to hear what Tarrant County’s decision will be after the Governor’s announcement. His distillery has been able to survive by reducing staff and re-tooling and re-permitting as a restaurant. But he still relies on distributing his products to bars and restaurants which continue to struggle and wait for restrictions to be lifted.

"I feel for all of the bars and all of the restaurants, but more specifically the bars who have no ability to generate any type of revenue over the last six months,” Kypreos said.