“We now have a 40% increase in hospitalizations since Sept. 27 and a 20% increase since that time in the average number of daily COVID cases,” Judge Jenkins said. 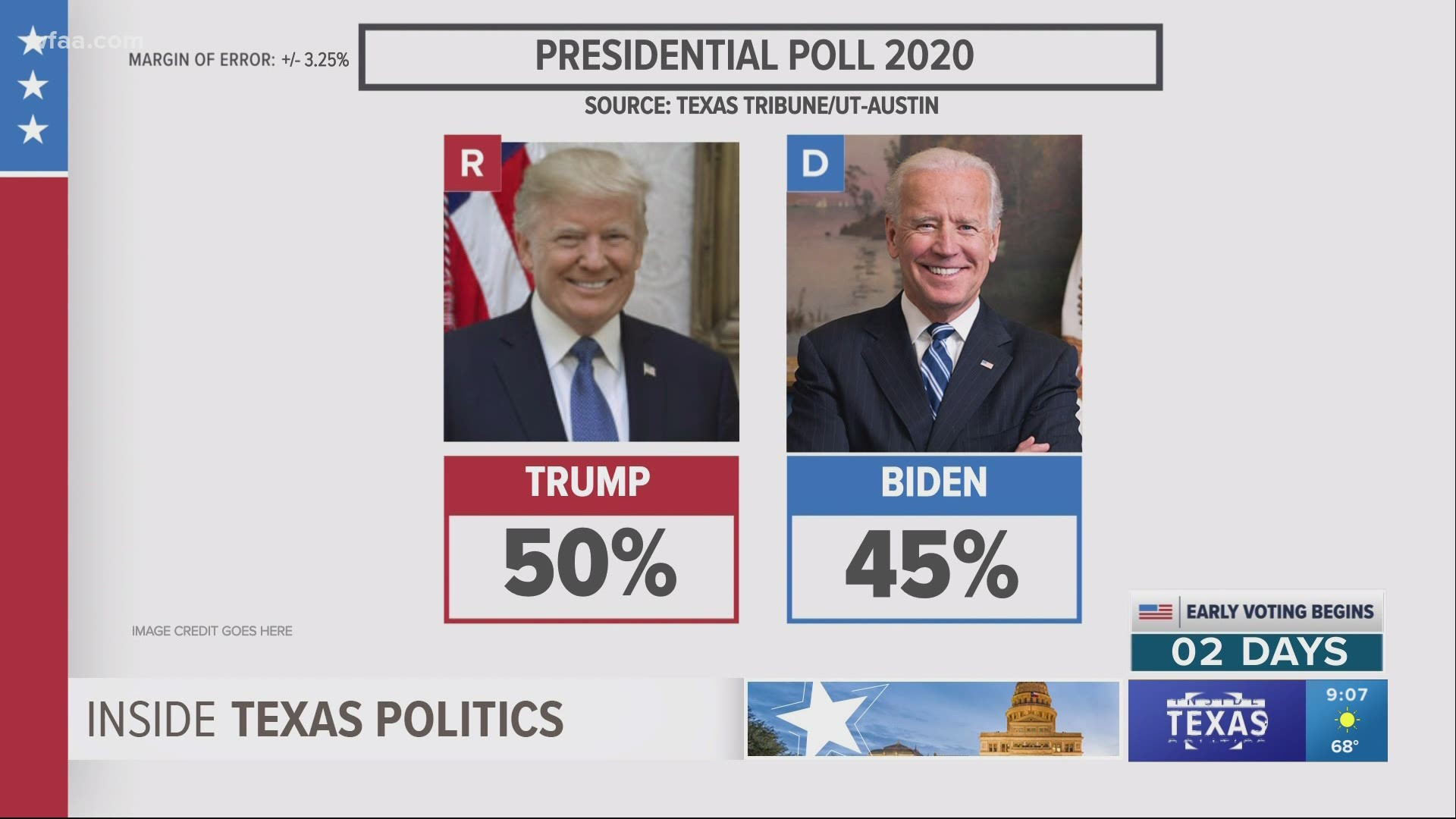 “We now have a 40% increase in hospitalizations since Sept. 27 and a 20% increase since that time in the average number of daily COVID cases,” Jenkins said. “So the doctors have said unanimously it’s just not the time to open bars.”

The judge says the numbers started to tick back up after Gov. Greg Abbott loosened occupancy restrictions for restaurants, stores and other businesses.

Jenkins said doctors look at several different metrics to determine when it’s safe to reopen. And they use a color code to assess the risk level.

“They have said for months don’t open bars in red or orange," said Jenkins. "We’re in orange and we’re moving up in the wrong direction in our numbers back towards red, unfortunately.”

Health officials meet every Tuesday to discuss the metrics. They will next evaluate where the county stands on Oct.13.

That also happens to be the first day of early voting in Texas.

And Jenkins says it will be safe for voters to head to the polls.

“We’ve got plexiglass screens, disinfectants, everybody’s wearing a mask, everything you touch is going to be disinfected between each person.”

The judge says everyone should bring a mask.

And he also encourages voters to visit dallascountyvotes.org before heading out to evaluate wait times at polling places.

Come election night, the chairman of the Travis County GOP says the margin between the two could have a big impact on other Republicans in Texas.

“If it’s at that five (percentage points) level or above, that’s what’s key because that gives Republicans a chance to hold most of the six or seven Congressional seats that are in play. It gives them a chance to hold the majority in the Texas House,” Matt Mackowiak said. “If it goes down to that two or three percent range where Cruz was (in 2018), that’s where you lose seats and you can lose the House majority.”

The Republican also thinks Texas will have a good idea of who won the big races on election night because of the margins.

“I believe Cornyn will win by a larger margin than Trump does. I think he will overperform Trump,” said Mackowiak.

Just over a week ago, seven top officials in Paxton’s office said they have reported him to law enforcement after they allege he took bribes and abused his office.

Insiders tell WFAA that the internal allegations center on a friendship Paxton has with a young Austin real estate developer.

Former state Senator Konni Burton, who now runs The Texan news, says this mess could have a negative impact on Republicans down ballot in November.

While some have called for Paxton to resign, Burton said that wasn't her call.

To listen to the full episode of Y'all-itics, subscribe wherever you get your podcasts: