Prayers for Hugo: Family, friends have faith man hospitalized nearly a month will recover from COVID-19

Wednesday marks the third time the group of friends and family gathered in front of Methodist Medical Center to say a prayer for Hugo Miranda Jr. 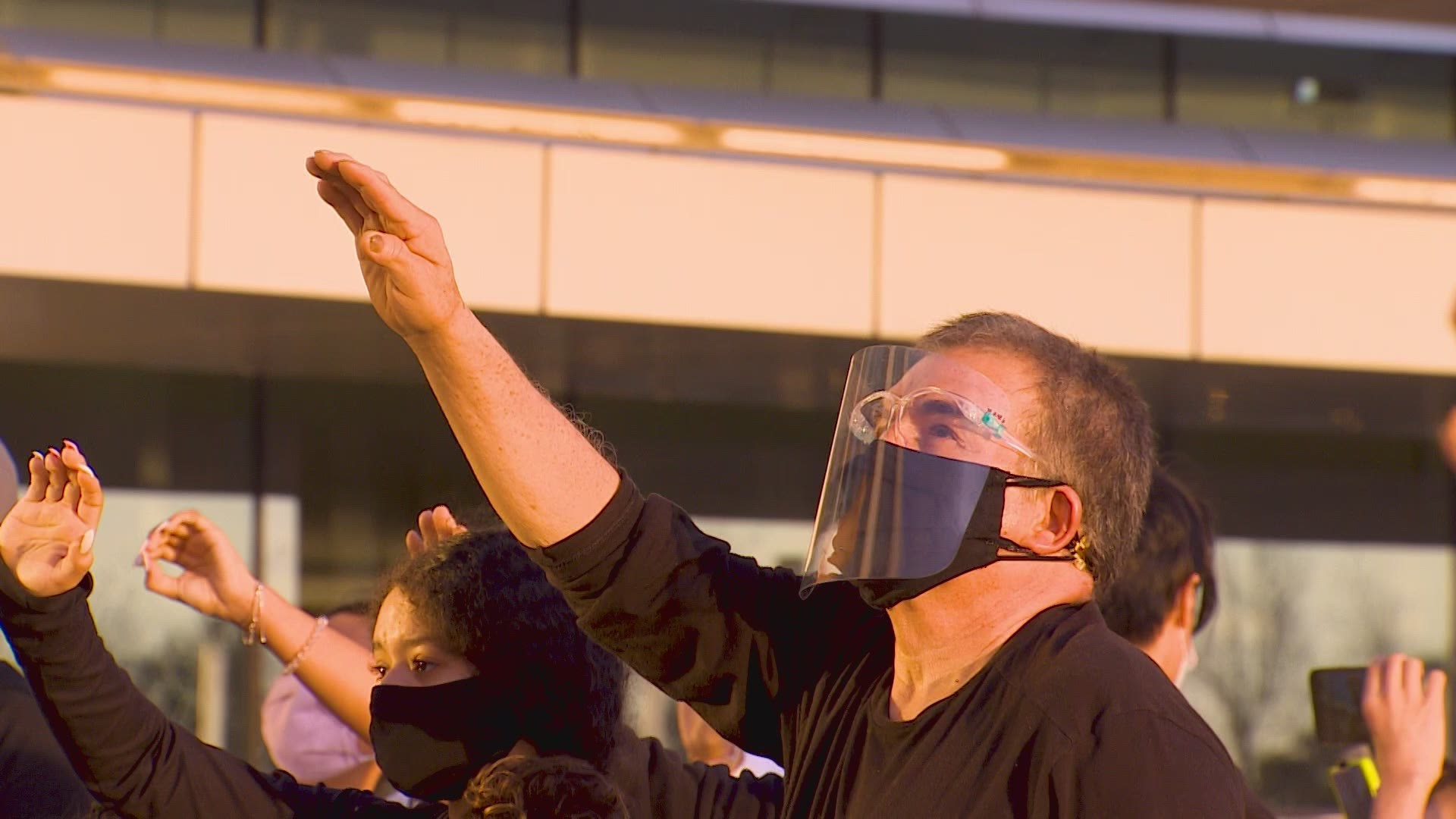 RICHARDSON, Texas — Hugo Miranda Jr. is in the fight of his life as he slowly recovers from the effects of COVID-19. The husband, father of two and well-known restaurant owner of Hugo's Invitados was admitted to the hospital nearly a month ago at Methodist Richardson Medical Center.

"I don't want this for nobody. I cry every night," said Miranda's father Hugo Miranda Sr.

Early Wednesday evening, a group of 25-30 people, mostly friends and family, gathered in front of the hospital to say a prayer for Miranda Jr. This is the third time the group has shown up at the hospital. The prayer was recorded live for Miranda Jr. and his wife Beatriz to watch from inside the hospital room.

"We would like to be up there with him," said Miranda Jr.'s sister-in-law Mayela Castillo.

Nearly all hospitals, including Methodist Medical Center, severely limit access to family members due to COVID-19 protocols, which is one reason why the group decided to gather outside the hospital.

Castillo tells WFAA the prayers are for everyone within earshot and eyesight.

"We are praying for everyone else who is in this hospital," Castillo said.

Miranda Jr.'s cousin Nathaly says the group will continue to show up at the hospital for the duration of his stay because they feel prayer works.

The family said Miranda Jr. is slowly progressing, but still has a long road to recovery.