Demand for live chickens across the country has surged. They’re hard to find both online and in stores right now. 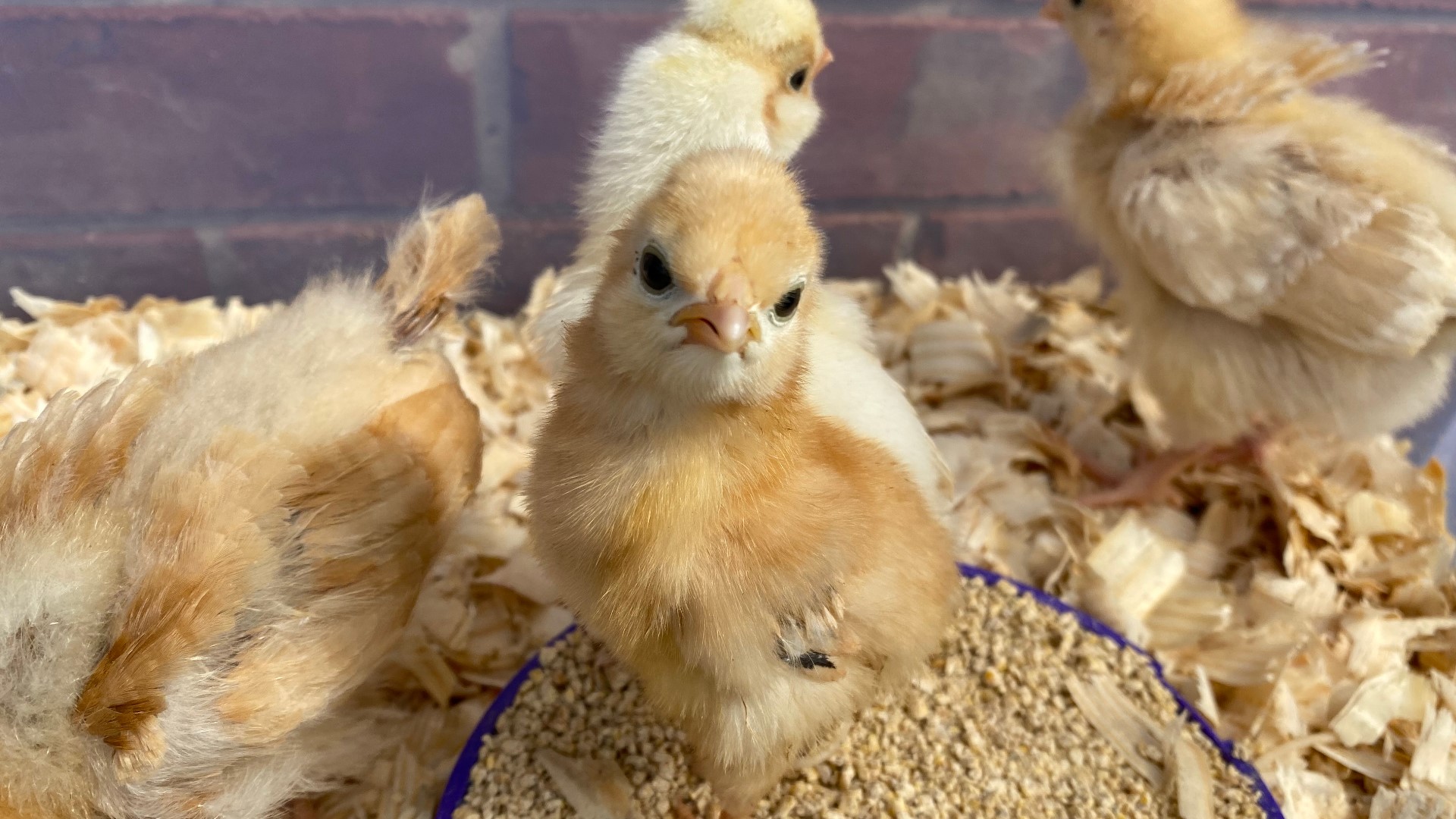 RED OAK, Texas — For several weeks now, shoppers have been panic-buying toilet paper and even firearms, but now there’s also a growing interest in live chickens as Texans want more control over their food sources.

"We also give out eggs, so we don’t have that problem,” she said smiling.

Roberts, 37, started Urban Eggers in 2007 when she and her husband lived in East Dallas. Her small business sells live chicks and hens.

She said her demand has doubled in recent weeks ever since grocery store shelves began going bare.

“I think that people are getting smart and they’re wanting to have things that are readily available for them. For instance, when I wake up in the morning, we have a plentiful supply of eggs. I think that’s what people are starting to realize. They’ll know right where it comes from,” Roberts said.

Demand for live chickens across the country has surged. They’re hard to find both online and in stores right now. Beekeepers say they are seeing more interest and organic gardening is on the rise, as well.

“This kind of reminds me of post-World War II Victory Gardens where everybody got together and grew their own gardens and raised their own chickens. It’s kind of a very similar situation,” said Bill Dougherty, 68.

“The demand for chicks has gone way up and a lot of hatcheries nationwide – they’re already taking orders for chicks two or three months in advance,” Dougherty said.

Just before this interview, he said the store sold a very large chicken coop to a new customer.

“These are not people who already have their own chickens. These are people who are thinking, 'I can’t get any eggs at the store,'” Dougherty continued.

In fact, their store won’t have any more until July.

“If somebody’s going to get into it, it’s a commitment. It’s like raising a dog. You have to be a good steward of the hens,” Owen said.

These animals, which can live up to 10 years, are not expensive to purchase. The cost, she said, comes in feed, a coop for them to lay eggs, and time spent taking care of them.