Guns are now the latest item Texans are panic-buying

“People are coming in because they are petrified of people coming in and harming their families and taking their food,” Eagle Gun Range owner David Prince said. 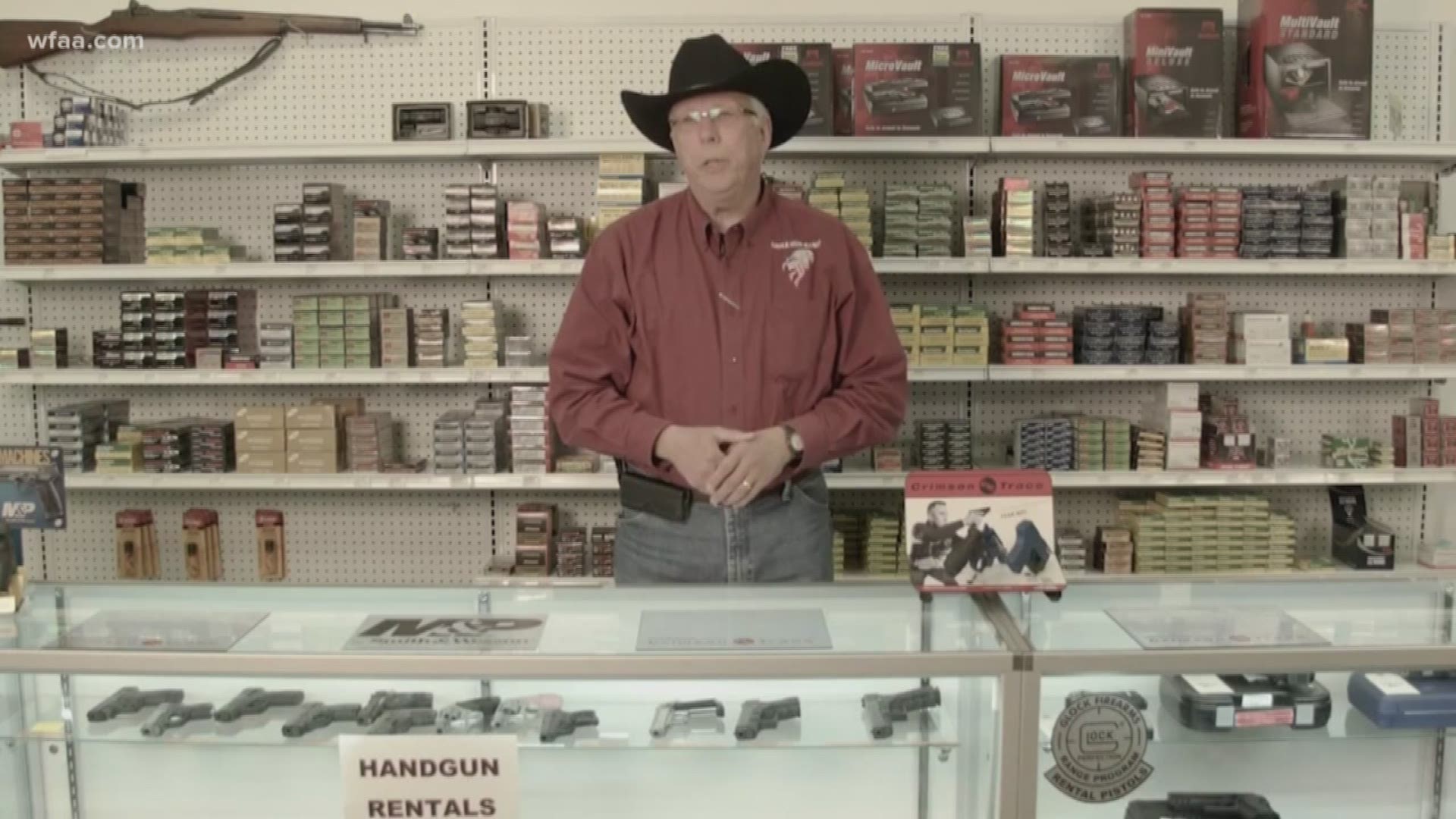 “These people are coming in because they are petrified of people coming in and harming their families and taking their food,” Eagle Gun Range owner David Prince said.

In the last 10 days, Prince said, gun sales at his stores in Farmers Branch and Lewisville are up 500%.

“We’ve had a rush of people standing in line begging to buy firearms. They don’t care what kind,” Prince added.

But while grocery stores are considered an essential business and allowed to remain open while Dallas County shelters in place, gun stores are not. And Prince had to close.

He got emotional explaining how difficult it was to send home 20 employees from his Farmers Branch store in Dallas County.

“I’ve told them I’m going to try to pay them 70% for as long as I’ve got money,” Prince began, before pausing for several moments to collect his emotions. “These people – they depend on me to put bread on their table.”

Some states have declared gun stores as essential businesses. Louisiana and Illinois are two examples. In fact, so many people are buying guns across the country that FBI background checks that used to take just a few minutes by telephone now take a few days, Prince said.

But how do governments decide what is an "essential business" that needs to remain open?

Dallas County told WFAA that it chose “essential businesses” based off a list from the U.S. Department of Homeland Security. It’s called the CISA list and details the most critical cyber and infrastructure required to fight the coronavirus.

“The actual sale of firearms and ammunition is allowed to remain open. The gun range is not,” a county spokeswoman wrote to Prince in an email.

Dallas County, or even Governor Greg Abbott, could order gun stores to reopen during the shelter-in-place, according to state officials.

Reopening, Prince said, would provide the public with a sense of safety in a time of uncertainty.

Those are two measures he hopes he doesn’t have to take.