Some North Texas counties have plenty of vaccines, and not enough arms to put them in

Dallas County Judge Clay Jenkins says Fair Park has had the capacity for 12,000 doses a day, but fewer than 4,000 people are showing up. 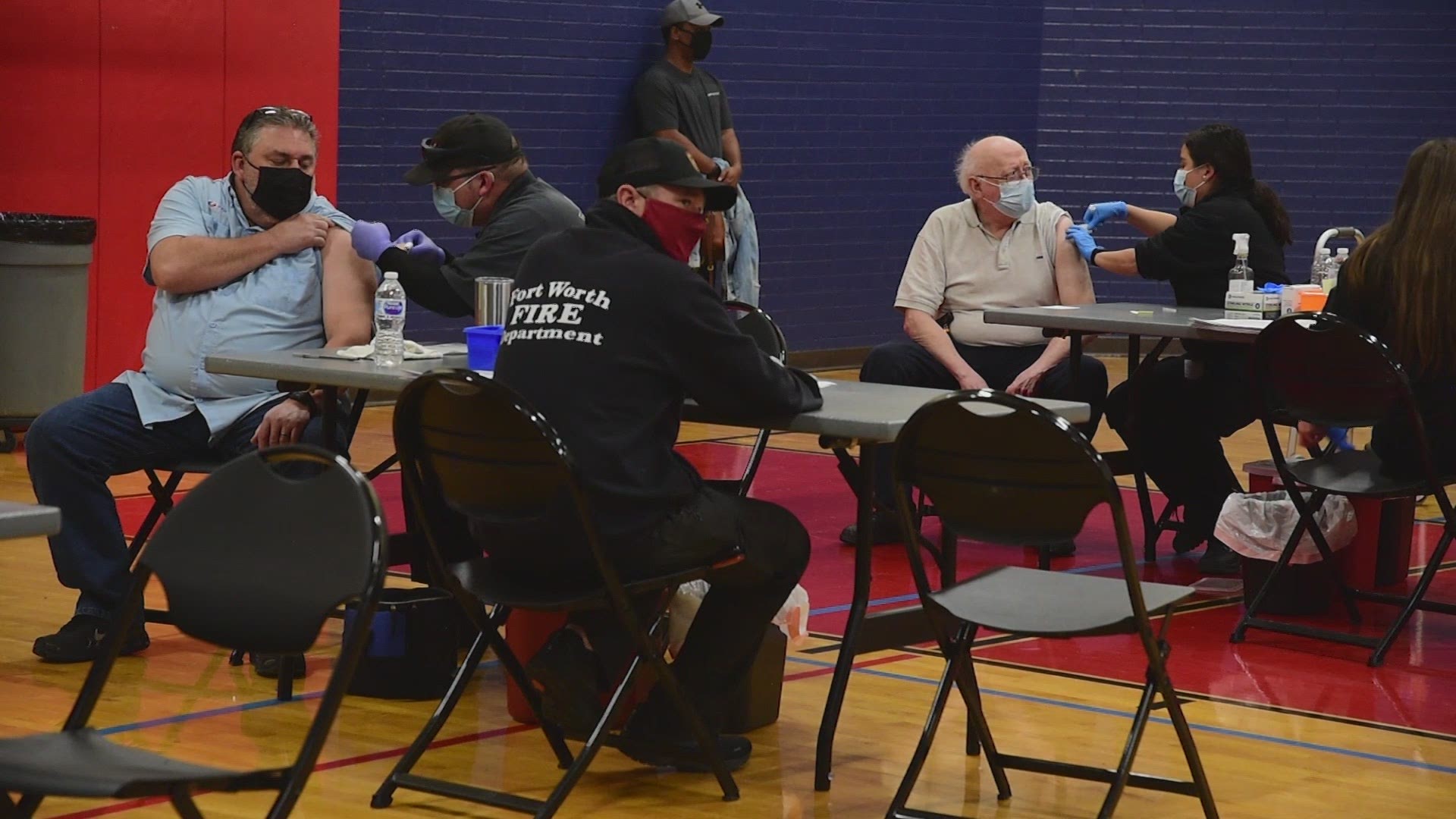 FORT WORTH, Texas — At Tarrant County's COVID-19 vaccine sites these days, there are plenty of first doses to go around.

But Whitley guesses that less than half those available doses are getting into people's arms.

"At this point in time, they're just not lining up to get that," Whitley said.

It's the same situation in Dallas County.

Jenkins tweets about it regularly, urging people to come on down for the vaccine, often saying there's no lines, no waits and no appointments needed. People also don't need to pre-register.

"We are seeing a decrease in people coming in for their first shots," Jenkins said.

So what's going on? Some think it's about convenience. If the vaccine's being given out in the heart of people's own communities, they might be more apt to get it.

"There are people who really don't want to go to a mega site," said Matt Zavadsky, who works for MedStar, the main ambulance service in Tarrant County.

Zavadsky says his organization has been seeing success with their smaller, weekly pop-up vaccine clinics all around Tarrant County. The next one scheduled is Friday, April 23, at Mount Moriah Church at 1401 Meadowlane Terrace in Fort Worth.

Up to 1,000 vaccines will be available, and they've extended the hours to 12-7 p.m., so people might be able to come after work and school commitments.

Zavadsky thinks people also want to be reassured the vaccine is safe.

"The vaccines are exceptionally safe," he said. "Even some of the information regarding the Johnson and Johnson vaccine-- the occurrence of those things are so incredibly rare."

Not every county is experiencing the decreasing demand, however. A Denton County spokeswoman says they try to book close to 15,000 appointments a day, and on average, they give out 13,000.

Collin County directed WFAA to Curative for their numbers, however a spokeswoman hadn't returned our request for information at the time this article was published. The county did, however, send out a press release Monday saying they had 'plenty' of Pfizer vaccines available this week.

In Tarrant County, Whitley said they're working with employers, churches and other small groups to reach more people. He said all ideas are on the table to reach more people, adding that one day maybe they'd try to offer vaccines outside a Rangers game.

"The one thing we've said is we've got to stay flexible. And we're doing that," he said.