Fort Worth bar shut down and cited after reopening twice 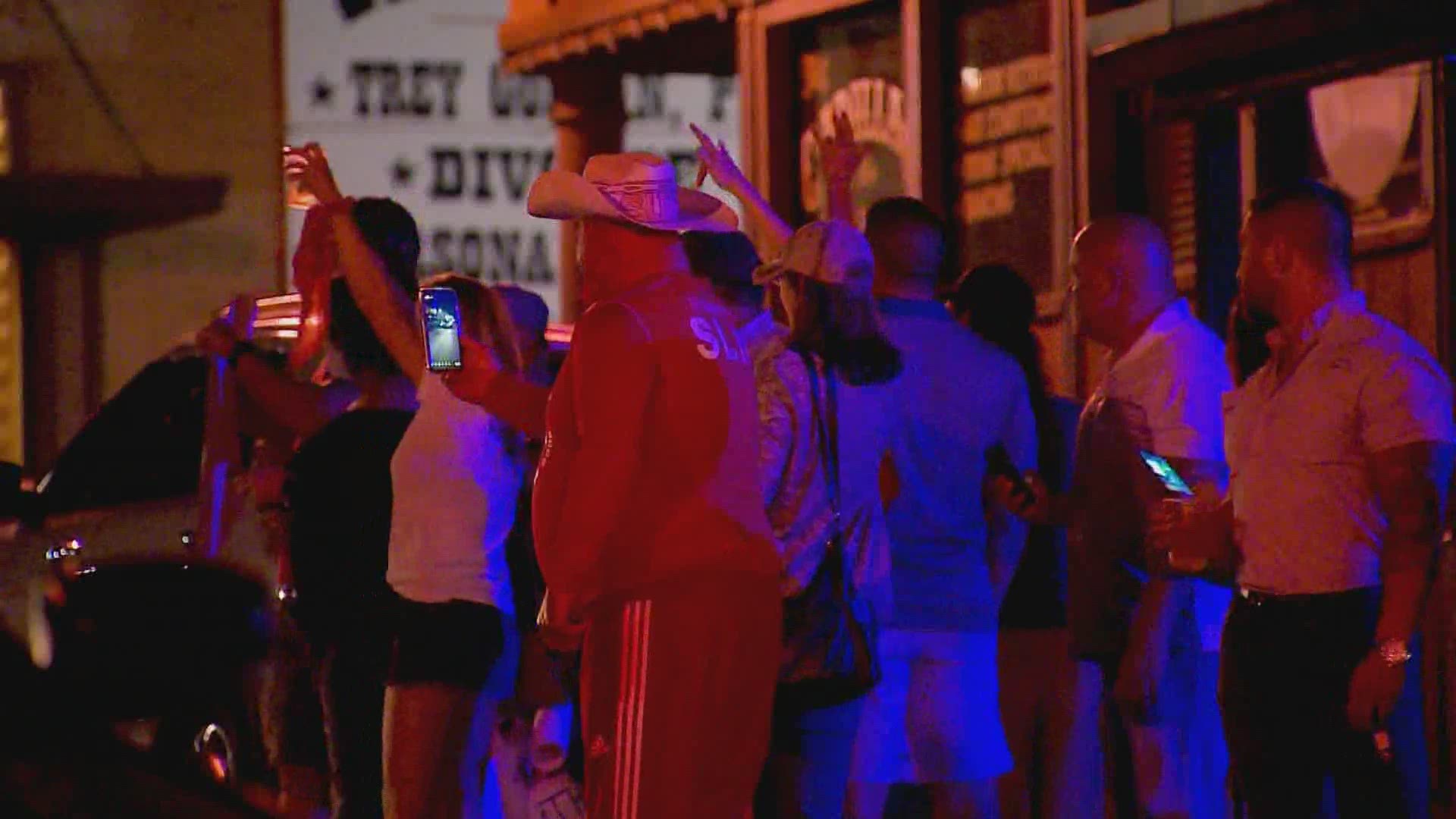 FORT WORTH, Texas — Fort Worth code enforcement officers shut down a Stockyards bar that opened Friday and Saturday despite Gov. Greg Abbott’s order to remain closed.

Dozens of people packed the sidewalk outside of the Thirsty Armadillo Friday before officers asked the bar to close. Bar owner Fred Barnett says he made the decision himself and wasn’t forced to closed.

“I think we were following the orders that were laid out,” Barnett said.

Saturday the bar reopened in its back parking lot to provide more room, but code enforcement shut down the bar and gave Barnett two citations. Its 51% sign means it’s licensed as a bar and can’t be open.

“The money is running out and people are desperate to get back open,” Barnett said. “For the bar owners and the small business people, we’re losing everything we have.”

Other Stockyards bars had posted plans to reopen but decided to remain closed.

Putnam says the partying and lack of distancing on the sidewalk shouldn’t reflect on his bar since it was outside, although still on the premises and people were being served by the bar.

“I think it shows the desperation of everybody who’s locked down,” he said. “They want to get out. They want to socialize.”

Tarrant and Dallas counties continue to see upward trends of both cases and hospitalizations. Barnett is now closing until it’s legal to reopen.

“The city, the state needs to be working with us more in a way of what can we do in a way that can help everybody open safely,” he said.

The Fort Worth codes department said the city closed down two other bars that opened up this weekend but didn’t cite them because the owners were confused about rules and didn’t reopen later.