Some bars in Dallas open despite orders not to; business slower than expected at a number of restaurants

Dallas restaurants weren't as busy as expected when they opened for lunch. However, some that are considered bars opened despite Gov. Greg Abbott's orders not to.

DALLAS — It was one of the busier places in Dallas: The Katy Trail Ice House.

But they are not supposed to be open under Gov. Greg Abbott's reopening plan because they are considered a bar.

At least one member of the Dallas City Council was unhappy that they opened up.

"I also think it's somewhat of a slap in the face to your brothers and sisters in the industry who are not open and they are complying,” said Councilman Adam Bazaldua.

Places like the Katy Trail Ice House are considered bars because the majority of their sales are alcohol and not food.

Under Abbott's order, bars are not allowed to open during Phase 1.

RELATED: Businesses that sell more alcohol than food are not allowed to open in Texas but some plan to open anyway

The Katy Trail manager hung up when we tried to get a comment, but he did say they got new permits declaring them a restaurant.

According to the Texas Alcohol and Beverage Commission there are no records of that.

The TABC is sending agents out to warn places that violate the state order.

"We will give them time to comply without penalty. The only time we will move forward with permanent action is if there is a repeated pattern of violations,” said Chris Porter, TABC spokesperson.

In other words, if bars stay open they could eventually lose their liquor license and Dallas city attorney’s could file a lawsuit to shut them down.

Surprisingly in other areas of town, like Trinity Groves, business was slow. At lunch time, there were no long lines or packed patios.

Bazaldua hopes it stays that way.

"I think people will stick with it a little bit longer," he said.

Restaurants took extra steps to try and keep customers safe. The Blue Goose Catina on lower Greenville Avenue took orders outside at a booth, everything was brought out in disposable containers, tables were 6 feet apart with hand sanitizer on all of them. There were also no menus.

There is concern that not all restaurants will take extra steps and people will flock to restaurants this weekend with the beautiful weather forecasted.

Editor's note: The Rustic is licensed as a restaurant by the state and is allowed to serve dine-in guests. 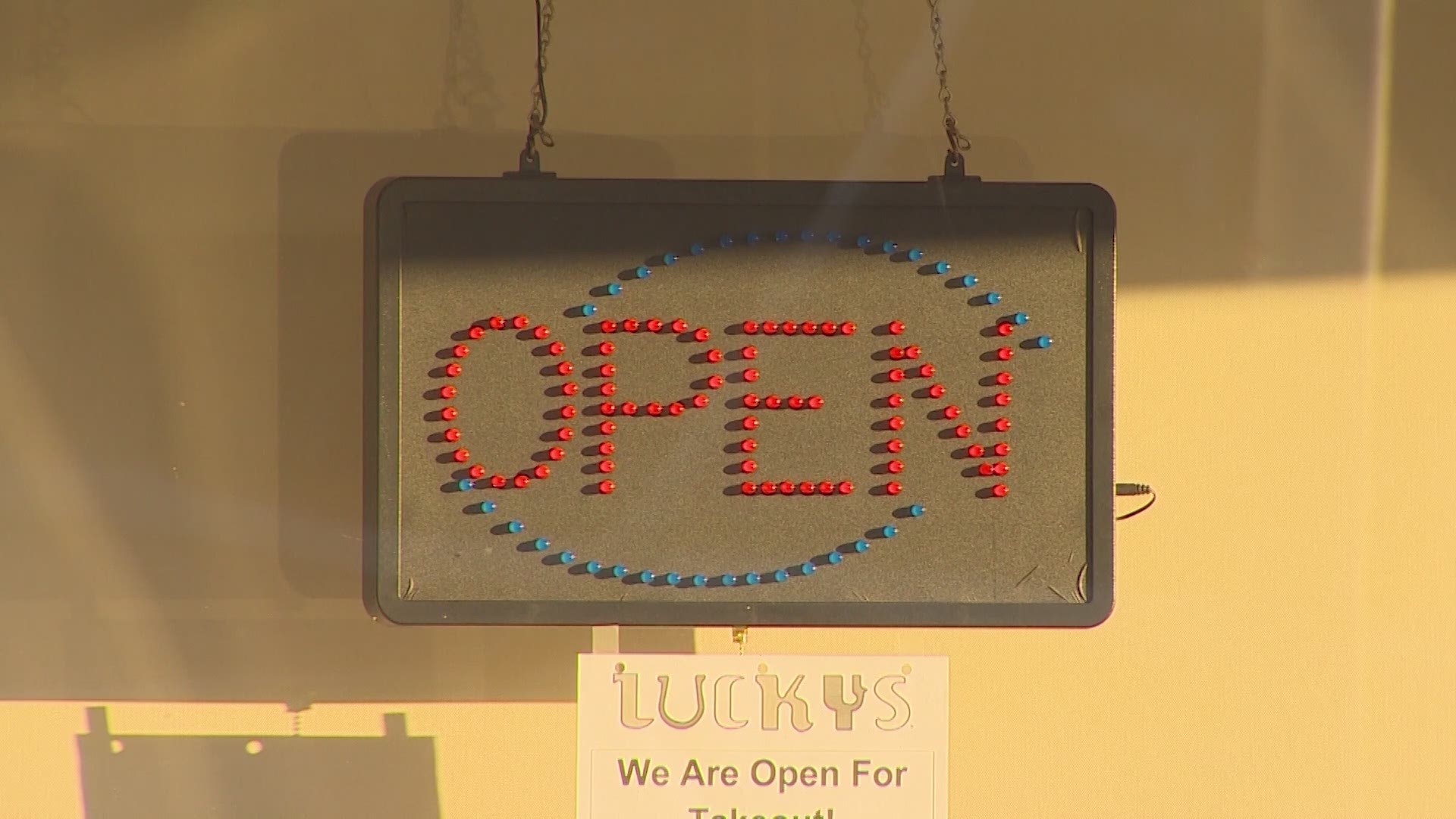