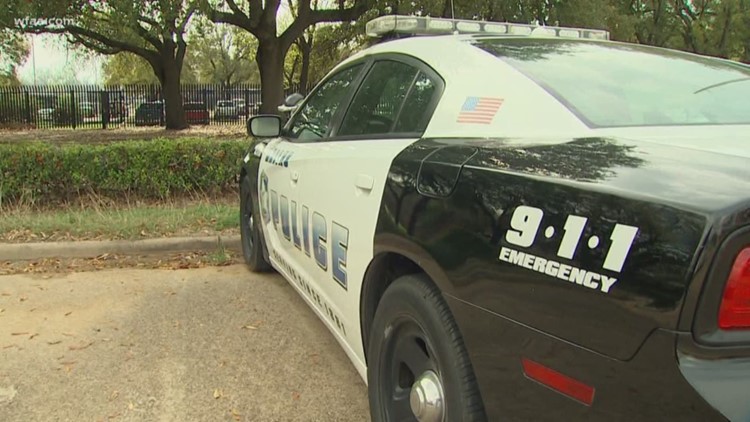 Crime remains on the decline in Dallas, despite COVID-19 restrictions

DALLAS — Neighbors across the City of Dallas are busy coping with challenges and restrictions as communities grapple with the COVID-19 pandemic.

”It’s not been easy,” said Regina Turner as she sat outside her home in the Queen City community in South Dallas.

Officers with the Dallas Police Department are searching for the gunman who shot and killed a 20-year old man outside the Summer Cove Apartments in North Dallas on Sunday.

"The restrictions have been very complex,” Turner said.

Some neighbors, like Turner, are concerned about police patrol in the coming days.

Dallas police issued a directive last week saying officers will cease showing up to certain service calls. Dallas Police Chief Renee Hall announced officers would not physically respond to crimes like burglary of a motor vehicle, criminal mischief, graffiti, lost property and theft of service, among a few others. Rather, Dallas police are encouraging residents to report those minor violations online. A follow-up investigation would happen for those issues.

"The COVID-19 pandemic is uncharted territory for all of us," Hall said.

In a recorded statement to the community, Chief Hall describes the change as a move to reduce officers’ risk of exposure to COVID-19.

“We are committed to keeping this city free of crime,” Hall explained.

Dallas police data shows crime, overall, has been on the decline in March compared to the same time in 2019. However, some officers anticipate that could change as the weather gets warmer this week.

While neighbors, like Turner, say they hope there is no spike in crime, the longer businesses are closed and people are ordered to stay home, Chief Hall is sending a strong message.

"For any criminal taking this opportunity to believe that you will be successful in committing crimes in this city, I have a message for you — we are coming for you. You will be arrested. We will take you to jail," Hall said.

Hall says this is not the time for anyone to prey on the community.