With 426 new cases Monday, Dallas County has had less than 1,000 cases six of the last seven days.

This story will be regularly updated.

More than 1,450 children under the age of 18 have been diagnosed with confirmed COVID-19 during the first three weeks of July. During that time frame, 29 children have been hospitalized because of the virus.

Since tracking began in March, Dallas County has had 47,239 cases reported, and 605 people have died.

The county had set a new record for cases reported in a single day on Saturday when 1,267 new cases were reported and 18 more people had died.

Other than Saturday, Dallas County has now had less than 1,000 cases six of the last seven days.

Dallas County Judge Clay Jenkins said the lower numbers could partly be due to a "potential glitch" in the state's reporting system.

"I'm increasingly optimistic that your use of masks and sacrificial delay of unnecessary trips outside the home for things other than necessities are having an impact on flattening the recent explosion in cases since" reopening began, Jenkins said in a written statement.

Palo Pinto has had five straight days of double-digit cases, according to the Texas Department of State Health Services.

Until July 21, Palo Pinto had only had double-digit cases one day (July 14) since tracking began in mid-March.

From July 21 to July 25, the county had double-digit cases every day with a total of 58 cases. The county has had 142 cases reported since tracking began in mid-March

Children’s Health in Dallas and Cook Children’s in Fort Worth released an update Monday for COVID-19 patients in their care.

There are 23 patients at Children’s Health who have tested positive for COVID-19.

At Cook Children’s, there are four COVID-19 patients at the hospital. There have been 11,030 tests conducted and 811 have been reported positive.

The city of Dallas released hospital capacity numbers for Sunday:

The testing is open to all and there are no residential or symptom requirements. 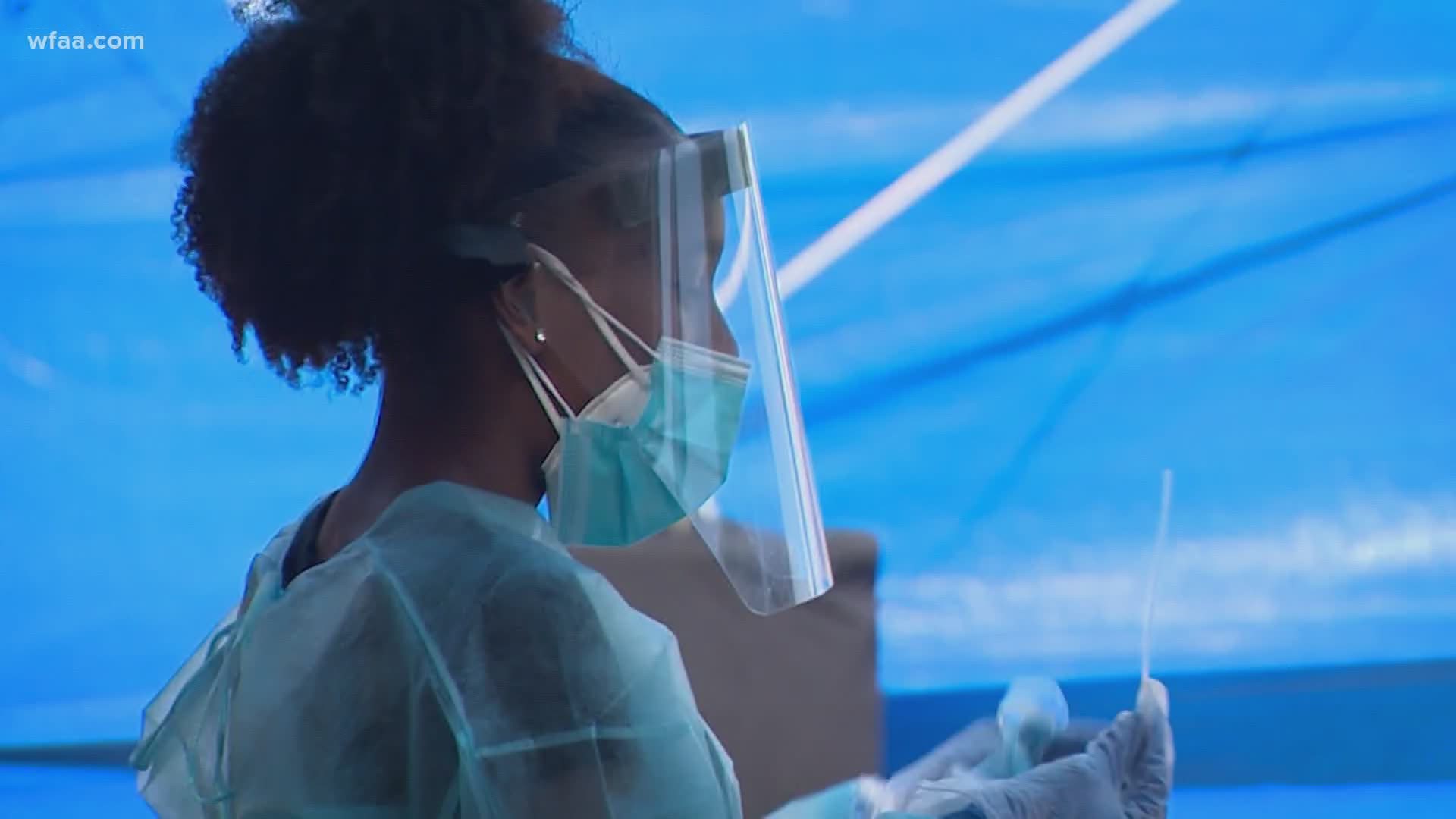