The state also reported 223 new deaths Sunday for a total of 3,958 deaths since tracking began in March. 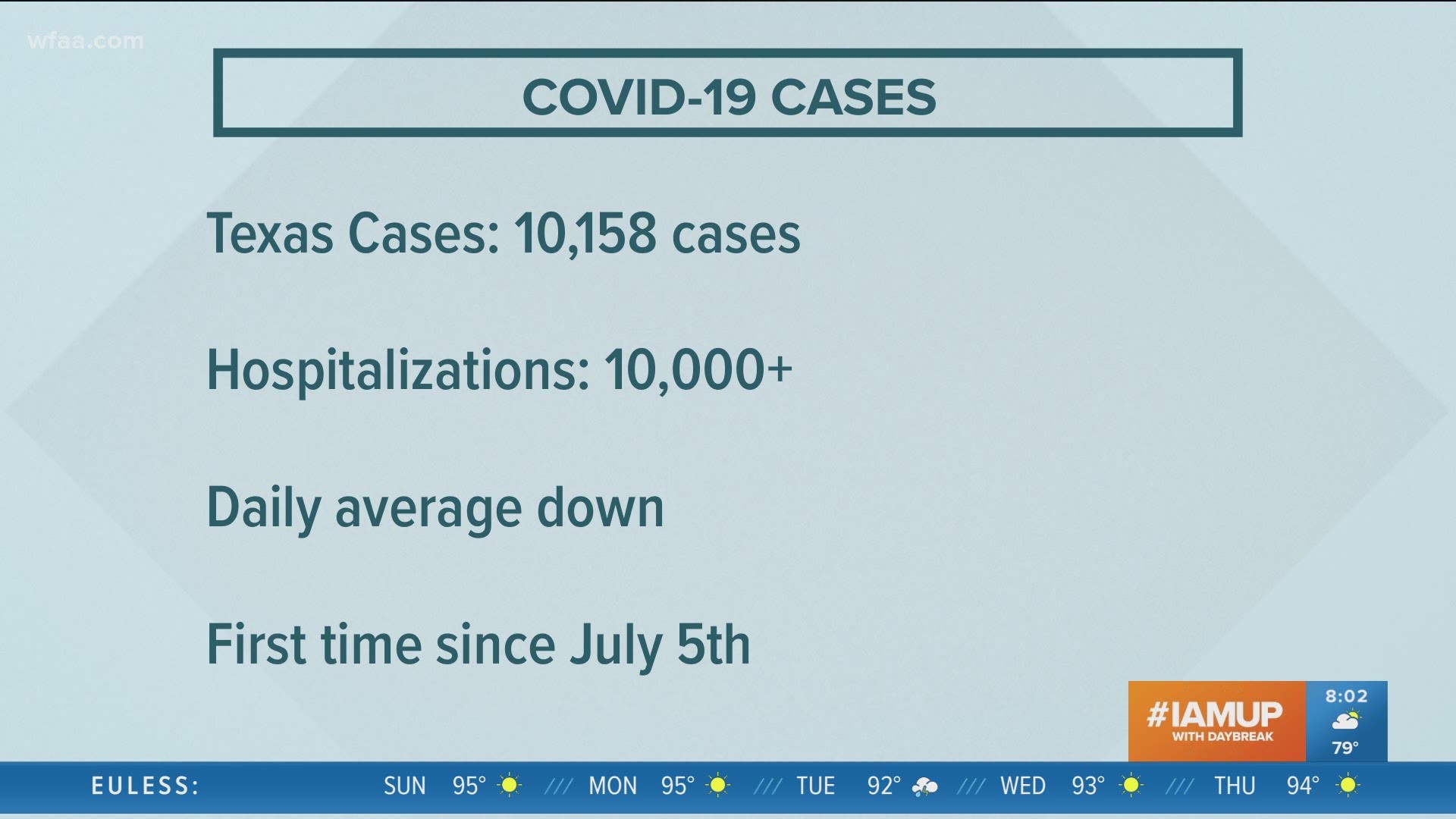 This story will be continuously updated on July 19.

About one-third of those who have died were connected to long-term care facilities, data shows.

Two more victims were announced Sunday, both men who had been critically ill at local hospitals.

One was an Irving man in his 50s who did not have any underlying health conditions, officials said.

The other was a Grand Prairie man in his 70s with underlying health conditions.

Roughly two-thirds of those who have been hospitalized with the disease in Dallas County have been under the age of 65 to date, according to officials.

County officials also reported 1,044 new cases of COVID-19 Sunday, bringing the total since March to 41,266 people who have been infected with the virus.

Sunday marks 17 straight days the county has reported more than 1,000 new daily cases. The first time the county reached that number was on July 3, when 1,085 cases were reported. The highest number of new cases reported in a single day was on July 6, at 1,214.

The positivity rate across Texas has similarly risen in July, though it dropped from a record 17.43% Friday to 16.05% on Saturday.

Across the state, the death toll has steadily increased each day.

In June, Texas averaged about 25 deaths a day. So far in July, it's been about 80 deaths a day, although the past four days have seen death tolls above 100 people each day, with Friday's reported number reaching a record 174 victims.

An estimated 169,581 people have recovered so far statewide.

Dallas city and county officials are working with the Texas Department of Emergency Management to open a new free testing site in Dallas, County Judge Clay Jenkins said in a tweet Sunday.

The site at Mountain View College, a Dallas College campus in Oak Cliff, will be open from 10 a.m. to 2 p.m. Monday and then from 8 a.m. to 2 p.m. starting Tuesday. Testing will be available every day except on Sundays.

The address for the testing site is 4849 W. Illinois Ave. in Dallas. To get there, enter off of Duncanville Road and follow Mountain View College Avenue to the entrance of the site, Jenkins said.

Those wishing to be tested do not need to meet any residency requirements, according to Jenkins.

The Texas Department of State Health Services is working on tracing multiple positive COVID-19 cases from a recent session at a church youth camp that was held in Hill County, a Tarrant County health spokesperson told WFAA.

Tarrant County officials are working to get in touch with church officials in Keller, the spokesperson said, while DSHS officials are gathering names and contact information for people who may have become ill.