Sam Reck and his wife JoAnn cared a lot for each other. Right until the very end. 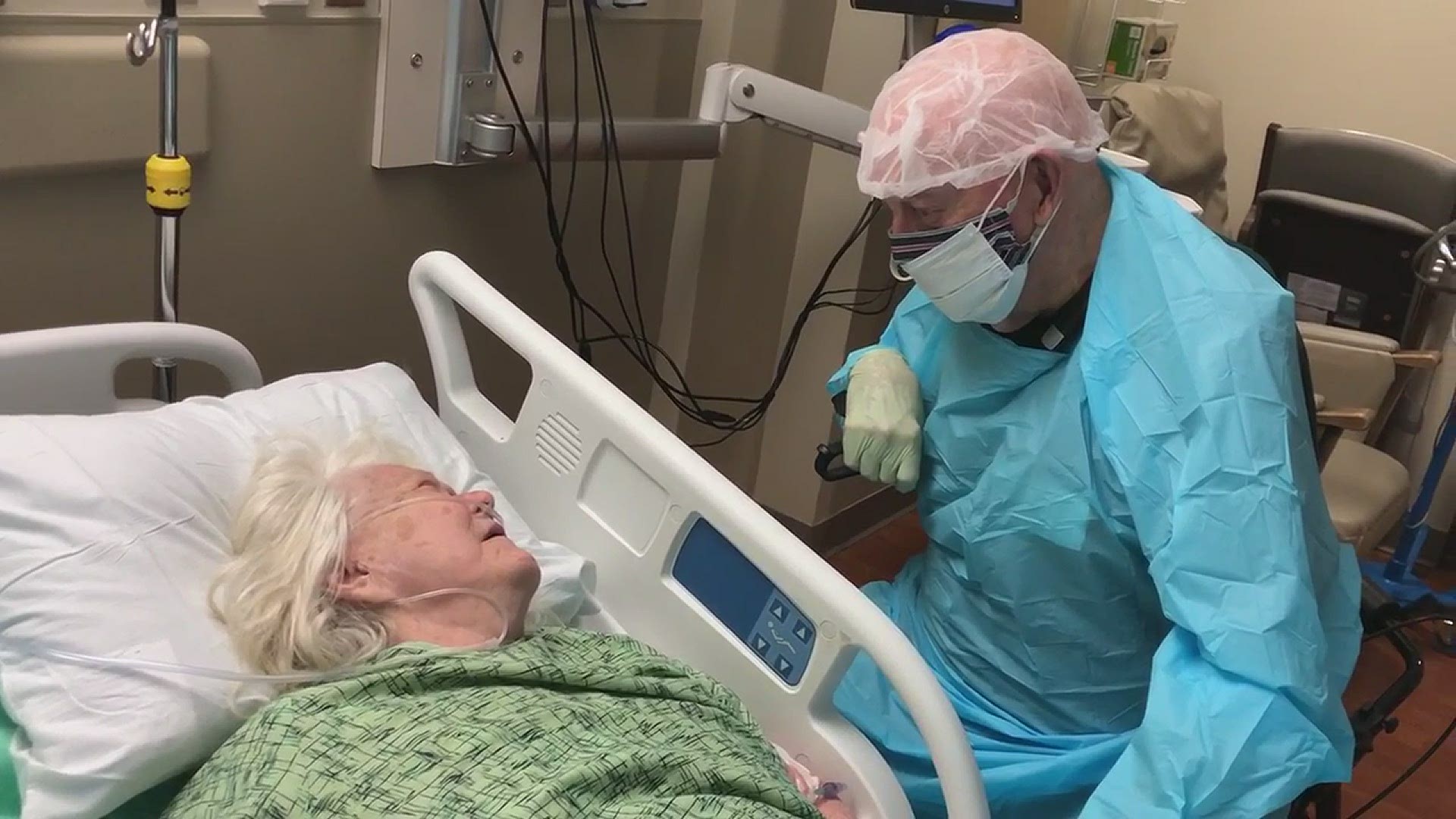 LAKELAND, Fla. — After being unable to see each other for more than four months due to the coronavirus pandemic, Sam Reck was not giving up his chance to be by his wife's side in her time of need.

It's what he has done for the last 30 years of their marriage, including when his wife, JoAnn, was diagnosed with dementia-- and this time was no different.

"I told Sam that I did not want him to go because he was a 90-year-old man and he's basically walking into a den of lions, 'cause that's a COVID room," JoAnn's son Scott Hooper said. "At first, he agreed, but then he later said 'Scott, I have to go, I have to go see your mom'."

Sam and JoAnn used to spend every day with each other from breakfast through the kiss goodnight. They were really all each other had.

JoAnn lived at Porter McGrath, while Sam lived next door at Florida Presbyterian Homes in an apartment they used to share.

Sam, JoAnn and their family

But, that is until the coronavirus pandemic began and Gov. Ron DeSantis' order went into place closing nursing homes and assisted living facilities off from loved ones visiting.

The order caused her family to get creative in the ways they stayed in touch to help keep "the bad days" at bay. The days where she'd think she lost her family on vacation or the days she thought she was locked in a room at the YMCA.

Ways to keep her and Sam in touch.

Initially, the two would meet like "Romeo and Juliet," as they were dubbed. Sam would stay on his balcony and JoAnn would walk over with her walker so the two could have face-to-face time while being socially distant. 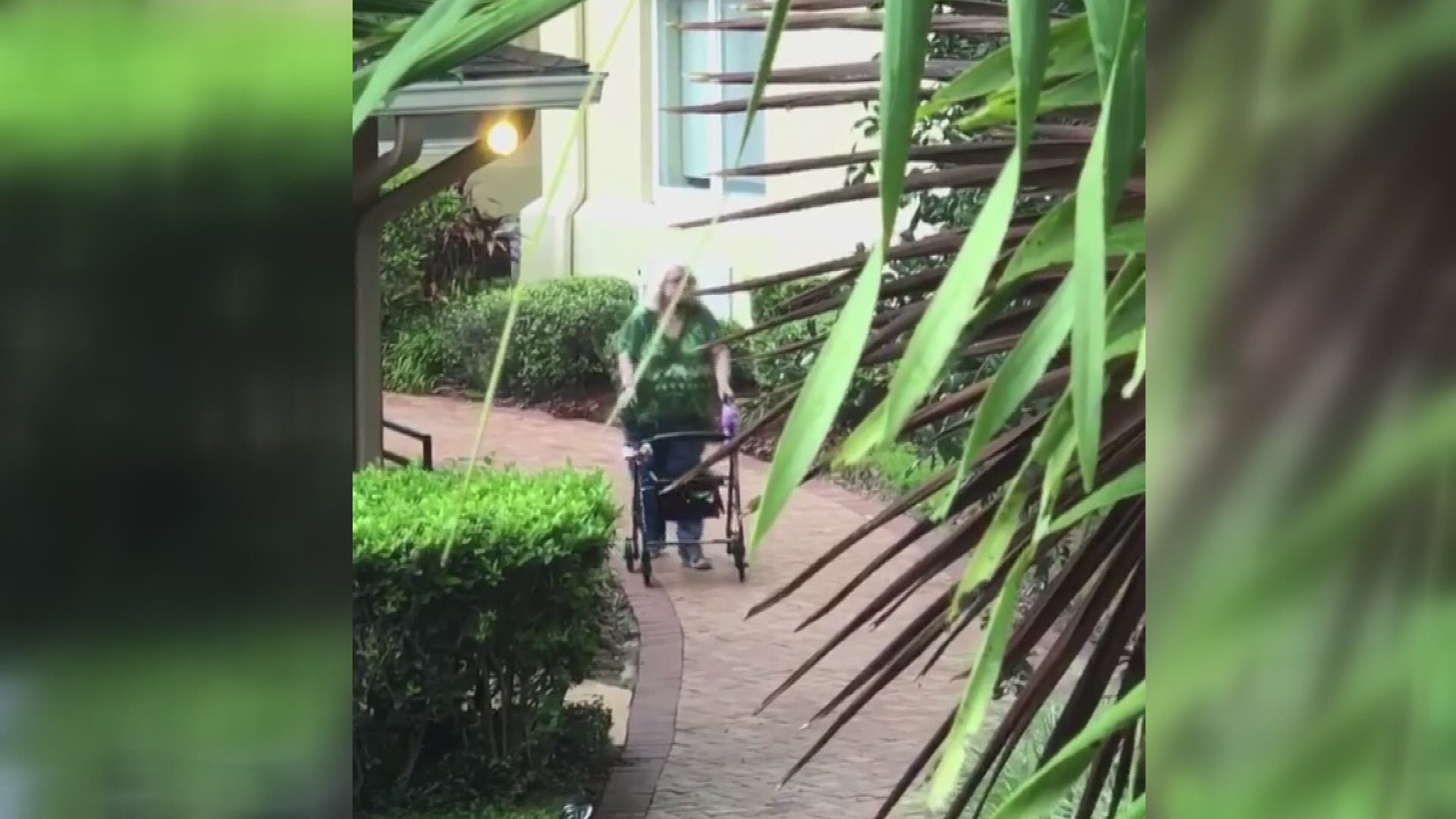 They also turned to technology and set up Alexas, but JoAnn would forget and unplug it. Hooper also rallied his family to send her "50 First Dates" style videos and that seemed to help for a while, but it was still difficult.

"If we didn't have him I don't know what I would've done," Hooper said about his stepfather. "It was so hard for us to know our mom was going through this day after day."

Last Wednesday, his mother's health began to decline, developing a fever and a cough. By the time she was brought to the hospital, her temperature was higher than 102 degrees. The emergency room ran some tests and the results came back. She was positive for COVID-19.

JoAnn's health continued to deteriorate, leaving Hooper and his family with a difficult decision as his mother's will had a "do not resuscitate" order, including no respirators. After some discussion, they chose to put her on palliative care.

This allowed them to see her one last time.

In videos shared by the family, you can hear Sam say:

"I'm finally getting to hold your hand after all these months," as he gave JoAnn's hand a squeeze.

"Hi honey, hi darling, yeah it's Sam. You don't recognize me with all this junk on my face."

And, "I love you, sweetheart. I love you so much."

Hooper hopes by sharing his mother's story others can get a closer look at how the coronavirus pandemic and state orders are impacting those with dementia.

"There are so many people with dementia right now in nursing homes that are struggling with the COVID. It's a horrible experience for them," Hooper said. "I mean, it's literally worse than death, them struggling day-in and day-out not knowing where they are at and why their family has disappeared."