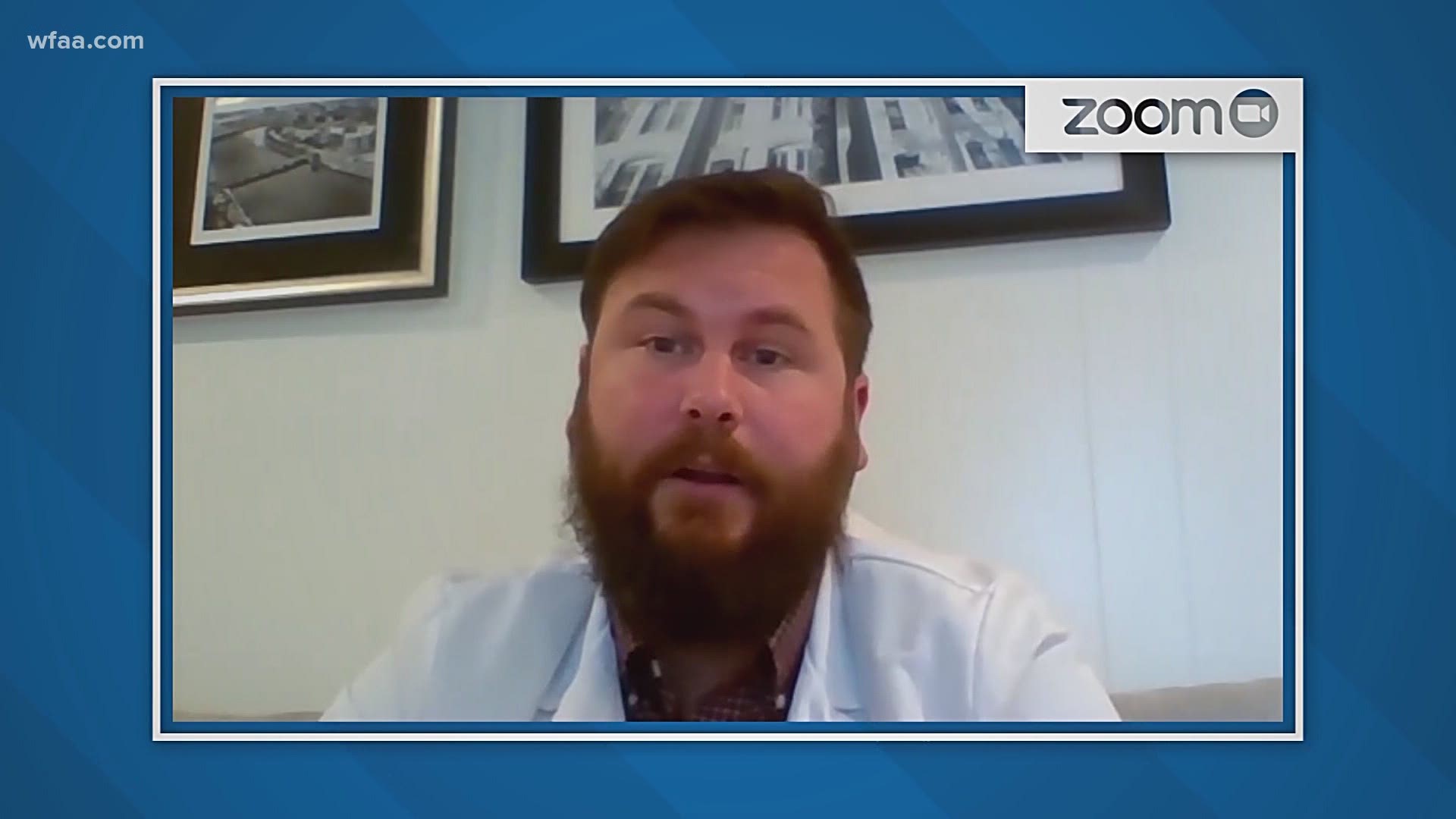 FORT WORTH, Texas — A post about a “COVID Immunity party” for kids has showed up in several local Facebook groups.

WFAA hasn’t confirmed the party happened and has been unable to reach the person who posted about it, but it worries doctors.

“From colleagues across the nation, I’ve heard similar stories,” said Dr. Nicholas Rister, an infectious disease doctor at Cook Children’s. “It’s rare but it’s something we take notice of.”

"That’s not only the increased testing. We’re seeing a higher positivity rate contributing to that for sure,” Rister said. “A lot of times younger kids have a hard time explaining what their symptoms are. It’s just generalized, ‘I kind of hurt. My tummy’s kind of achy. My stomach doesn’t feel right.'"

He believes summer camps or athletics along with the increased community spread are possible reasons for the surge.

This weekend, a San Antonio hospital reported a 30-year old died after attending a COVID party.

The goal of the parties is immunity by getting protective antibodies from catching the virus, but there’s increasing evidence that doesn’t happen.

“Most of them are not protective or may not rise to the level that provides meaningful protection, especially not for long,” Rister said.

On top of having little to no reward, Rister says the parties can be high-risk.

“I think the general idea that no children get seriously affected is completely wrong,” he said.

The youngest death in North Texas is Jameela Dirrean-Emoni Barber, a 17-year-old Lancaster High School student. This weekend, Corpus Christi health officials announced the death of a 6-week old infant due to disease.

“Some of these kids do very poorly,” Rister said. “I mean we talk about some of these kids get intubated, end up in the hospital and could die. Just because most kids do well doesn’t mean your child will.”

Rister said doctors don’t know why some kids do better than others. Some children hospitalized the disease test out with no pre-existing issues. There’s also the concern about what the long-term health impact might be.

“This is probably the worst time at the moment to be engaging in that sort of behavior,” Rister said of the parties. “Luckily we haven’t had any fatalities due to COVID but it’s definitely something that could happen given how sick these kids have been.”

They’re all factors worth remembering before heading to any of the parties or even back to school.