A tornado, then a pandemic: Thomas Jefferson High students have juggled unimaginable odds in a year 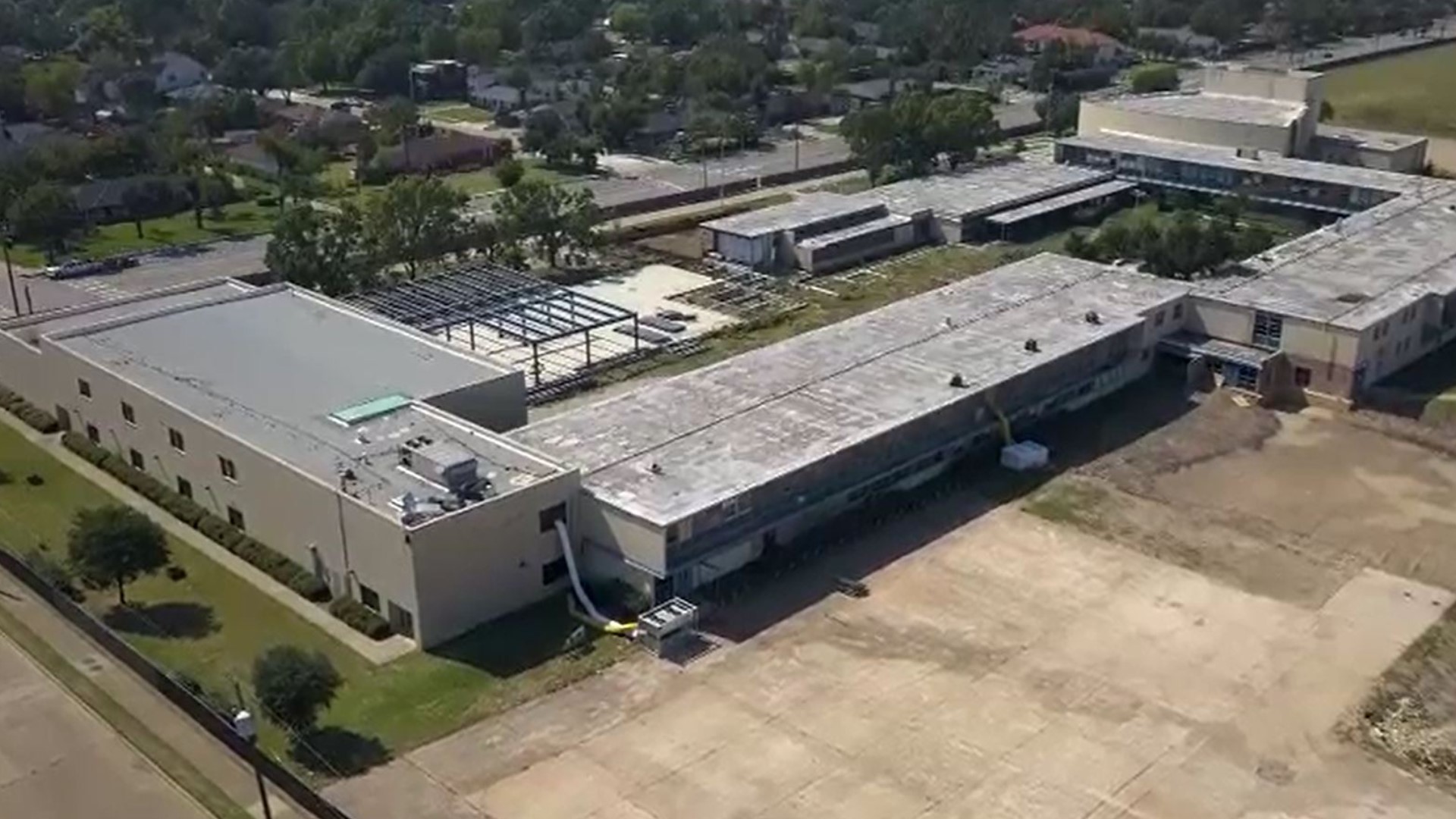 DALLAS, Texas — Your high school senior year should be one to remember for the rest of your life.

That’s what we’re all told going through school.

Ask Jennifer Rodriguez. Her senior year was undoubtedly one to remember.

But it was also one she wanted to forget.

“It was a struggle for me, I didn’t know what to do,” Rodriguez said.

Rodriguez is a proud member of Thomas Jefferson High School’s Class of 2020.

Yet Rodriguez was forced to.

“It felt like there was no motivation. The place where we all met each other…it was taken away.”

In October of 2019, Rodriguez was at the very beginning of her senior year at Thomas Jefferson High. She was an officer in her class, and was heavily involved amongst her peers.

But on the 20th of October, an EF3 dangerously danced across Dallas. The wake of damage was vast, and her beloved school became a victim.

RELATED: A year after the Dallas tornados, thousands of claims have been paid & thousands of insurance rates have changed

Within a week students at all three schools were put in new learning environments.

Nearly overnight, teachers and staff for Thomas Jefferson High prepared Thomas Edison Middle School for instruction which was 15 miles away.

To this day, Thomas Jefferson High Students are still learning there.

One of those seniors was fellow class officer Marysol Ortega, who is now attending the University of North Texas.

“I did not want to finish my senior year like that,” Ortega said. “It was a huge change for many of us.”

New school. New hardships. Those became the adjectives assigned to the Class of 2020.

Ortega and Rodriguez watched classmates struggle. The commute wasn’t easy and many kids had either lost their homes or needed to repair them.

Both saw friends begin to juggle jobs and school to make ends meet.

“They were almost failing their classes because they had to get a job,” Ortega said.

Teachers and staff at Thomas Jefferson High made it their mission to ensure that students stayed in class and returned to school.

That became even harder when COVID-19 introduced itself to America.

Virtual learning took over and extracurricular activities went away.

The motivation to finish the school year was hard to find, Ortega said.

“We were barely starting to get the hang of a new place, and then all that happened. It was discouraging,” Ortega said.

Nearly 200 students have either changed schools within the district or have just left.

Rodriguez wants to stop that. After graduating, she became a teacher’s assistant at Thomas Jefferson High.

To the students she works with, she is someone who has experience in discomfort. Someone students can look up to as they come back to class during a pandemic.

“I feel like my job here wasn’t done,” Rodriguez said. “You need someone to talk to.”

The district plans to heavily renovate Thomas Jefferson High, so it's likely students will walk the halls of its original structure again.

For Ortega and Rodriguez, Thomas Jefferson isn’t just brick and mortar…it is a family that’s not going away.

“We’re persistent, and I think the class of 2020 was able to show that,” Ortega said.

“No tornado can kill the TJ spirit here,” Rodriguez said.