A year after the Dallas tornados, thousands of claims have been paid & thousands of insurance rates have changed

It's been a year since the Dallas tornado outbreak. Since then, many claims have been paid, many insurance rates have changed and a lot of profit has been made. 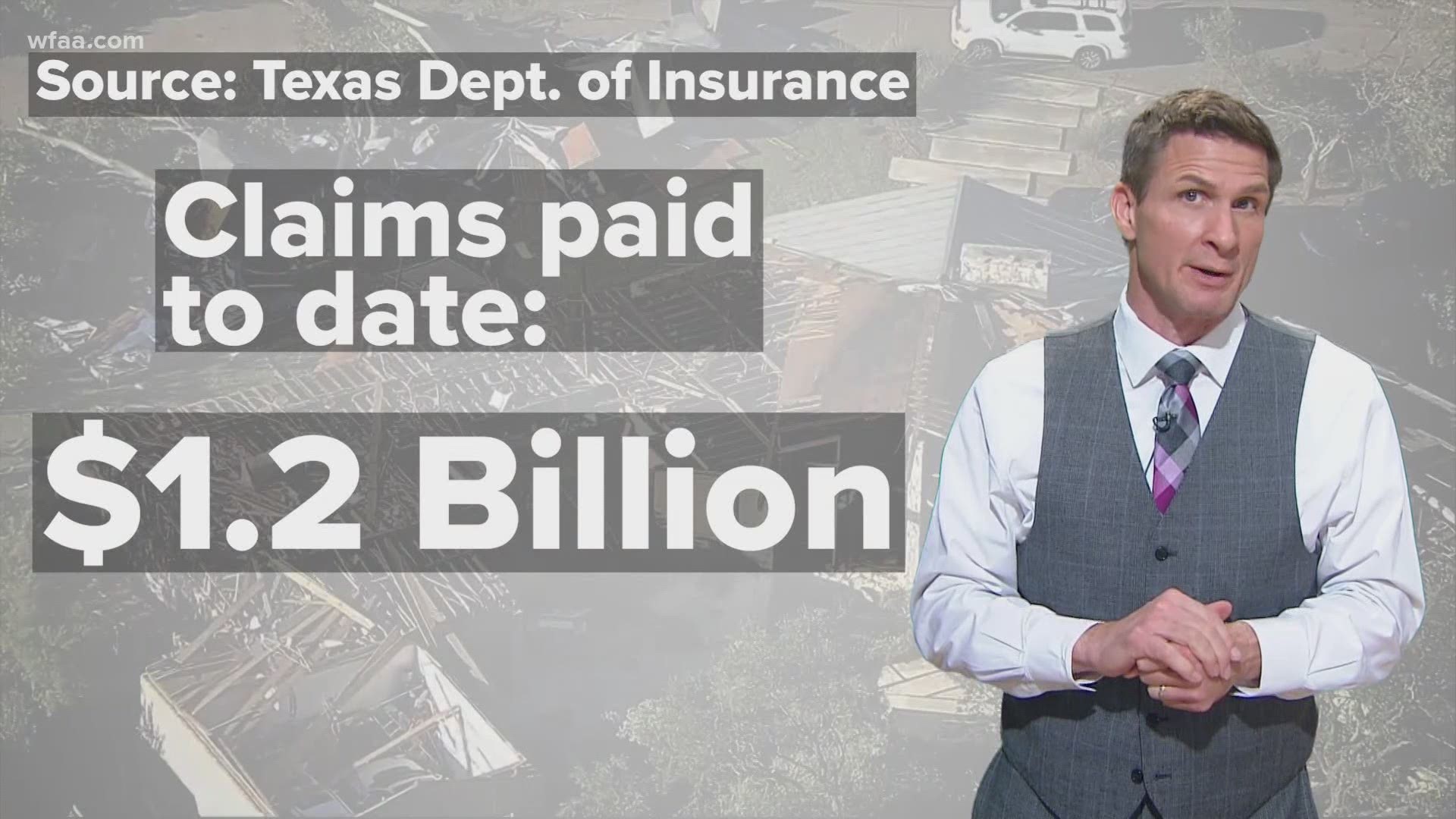 We are marking the one-year anniversary of the state's most expensive tornado outbreak. Most of the cost was created by an EF-3 tornado that slashed North Dallas on October 20, 2019.

The Insurance Council of Texas (ICT), just out with a new annual review, says just the losses that were insured in the October tornado outbreak are estimated at $2 billion. To date, the Texas Department of Insurance (TDI) reports that $1.2 billion in claims has been paid. There have been 33,800 residential claims paid, totaling $932.5 million. There have been 780 paid commercial occurrences, totaling $243.2 million.

RELATED: Dallas church holds 'funeral' for its building while defiantly planning to rebuild

The ICT says the October 2019 storm system ranks as the costliest weather event in Texas history that wasn't a hurricane or tropical storm. And North Texas tornados and hailstorms now account for half of the top ten most expensive weather events ever in this state, as noted in the linked report above.

2019: Not one rate change request from insurers was denied by Texas for non-technical reasons

That might help explain why your homeowners' and renters' insurance premiums are rising. Even before the expensive 2019 tornados, Texas had some of the highest home insurance costs in the country. With premiums well above the national average, the state was listed as the third-most-expensive property insurance market in the country on this list from ValuePenguin.

RELATED: Right on the Money: Stats show your home is probably under-insured

Looking at rate reviews from 2019, insurers doing business in Texas requested 2,828 rate changes. Two-hundred-twenty-two of those were withdrawn by insurance companies. Forty-two were rejected for technical reasons. The state didn’t reject any of the requests for non-technical reasons. 2,564 of the 2,828 rate changes were approved or allowed to stand. TDI explains: “Our review looks to make sure rates are adequate but not excessive.”

Of course, companies in the insurance industry have to make money; otherwise, they wouldn’t do business here. So, how much money are they making from homeowners and renters?