WFAA could see what appeared to be migrant teens inside the convention center talking, enjoying dinner and gazing toward the Dallas skyline. 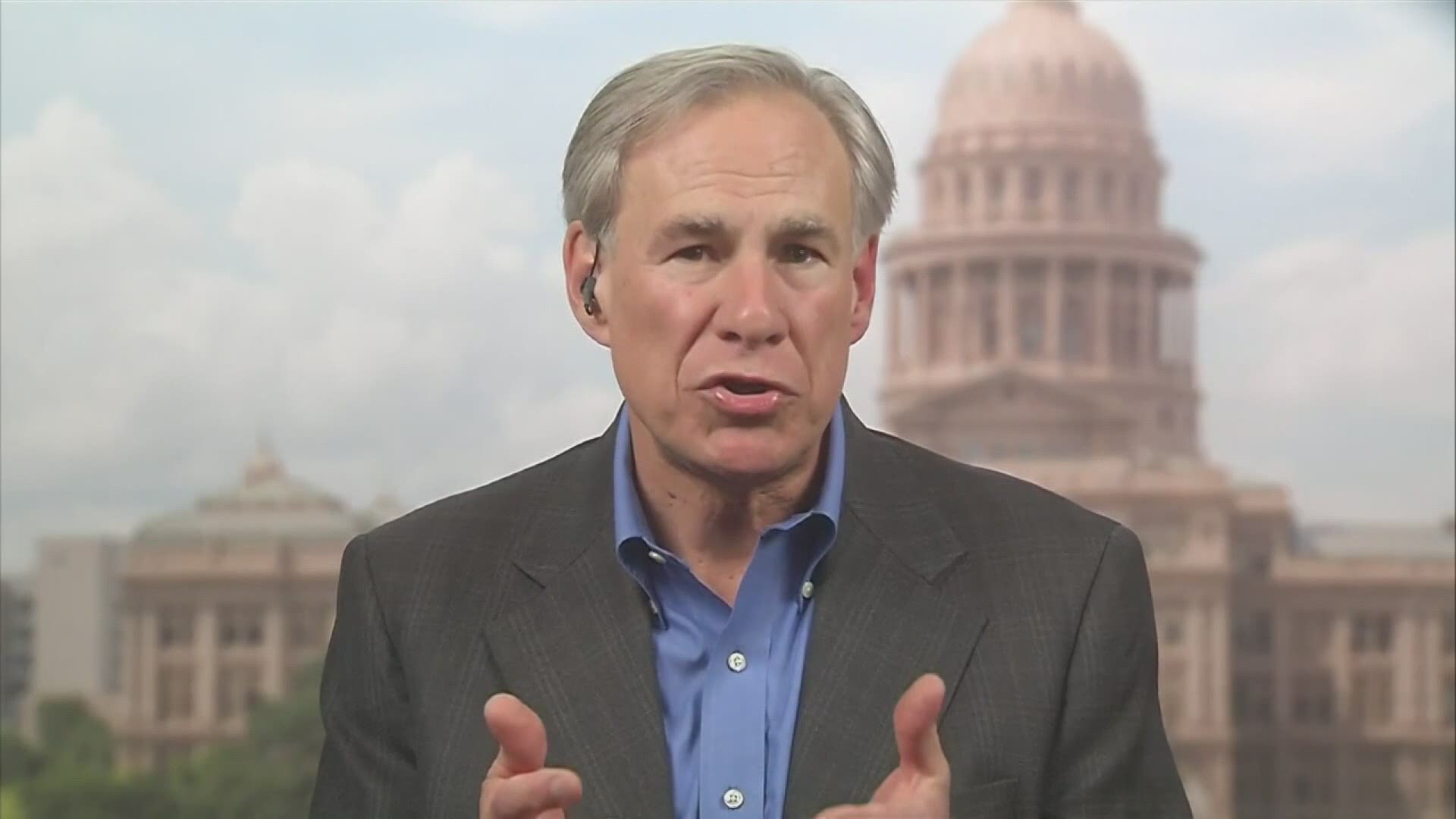 DALLAS, Texas — Governor Greg Abbott took to the airwaves Friday to criticize living conditions in temporary housing facilities across the state now run by the federal government for thousands of unaccompanied migrant minors.

The Biden Admin. has turned a humanitarian crisis into a complete disaster.

One location where migrants are housed has no clean running water & has a massive Covid outbreak.

Another location also has a massive Covid outbreak.

They were unprepared for open border policies. pic.twitter.com/qRAHdwbRdt

Via Twitter, Abbott said that the water at the facility in Midland was tested by the Texas Commission on Environmental Quality and was not proven safe.

Now, taking more youths into Midland is on pause. There were still 485 there as of Wednesday, 53 of whom had tested positive for COVID-19.

Abbott also said that COVID-19 was spreading inside of the facility in Carrizo Springs.

More than 10% of the camp’s population has tested positive for COVID-19, and at least one child had to be hospitalized, according to the Associated Press.

"It's a recipe for disaster what we're seeing take place right in front of us in Texas," Abbott said Friday afternoon.

"President Biden and his administration were not equipped to be dealing with these challenges that are arising."

More than 14,000 minors were in custody or being taken care of by the federal government on Friday.

In Dallas, 200 migrant teens ages 15-17 from the Guatemala and El Salvador area are housed inside the Kay Bailey Hutchison Convention Center.

RELATED: 'They're scared and alone': Immigration advocates describe what teen migrants experience in detention centers such as Dallas

Republicans like Gov. Abbott and U.S. Sen. Ted Cruz, Texas (R) are pushing the Biden administration to allow the press to tour the temporary housing facilities to see the conditions that migrants are facing.

Federal authorities haven't allowed press into the convention center, but from outside, WFAA got a small glimpse of what was going on inside Thursday night.

American Red Cross workers could be seen walking around, directing, and responding to duties.

Curtains line the area where the immigrant boys are staying, but they would sometimes pull back the curtains to gaze at the city.

During that time, WFAA saw some of the teens eating and enjoying dinner with one another.

Many wore masks and talked to each other before leaving and returning the curtains to where they were.

Again, it's a small glimpse, but one of the few that's been seen.

On Thursday, Dallas Police Chief Eddie Garcia visited the facility and told WFAA that he was pleased with the operation.

"I think the kids are doing great," he said. "I'm confident and pleased with what I saw and the management of it."