'They're scared and alone': Immigration advocates describe what teen migrants experience in detention centers such as Dallas

Volunteers are working to keep teens occupied as they wait to see what will happen to them after they leave detention facilities including Dallas. 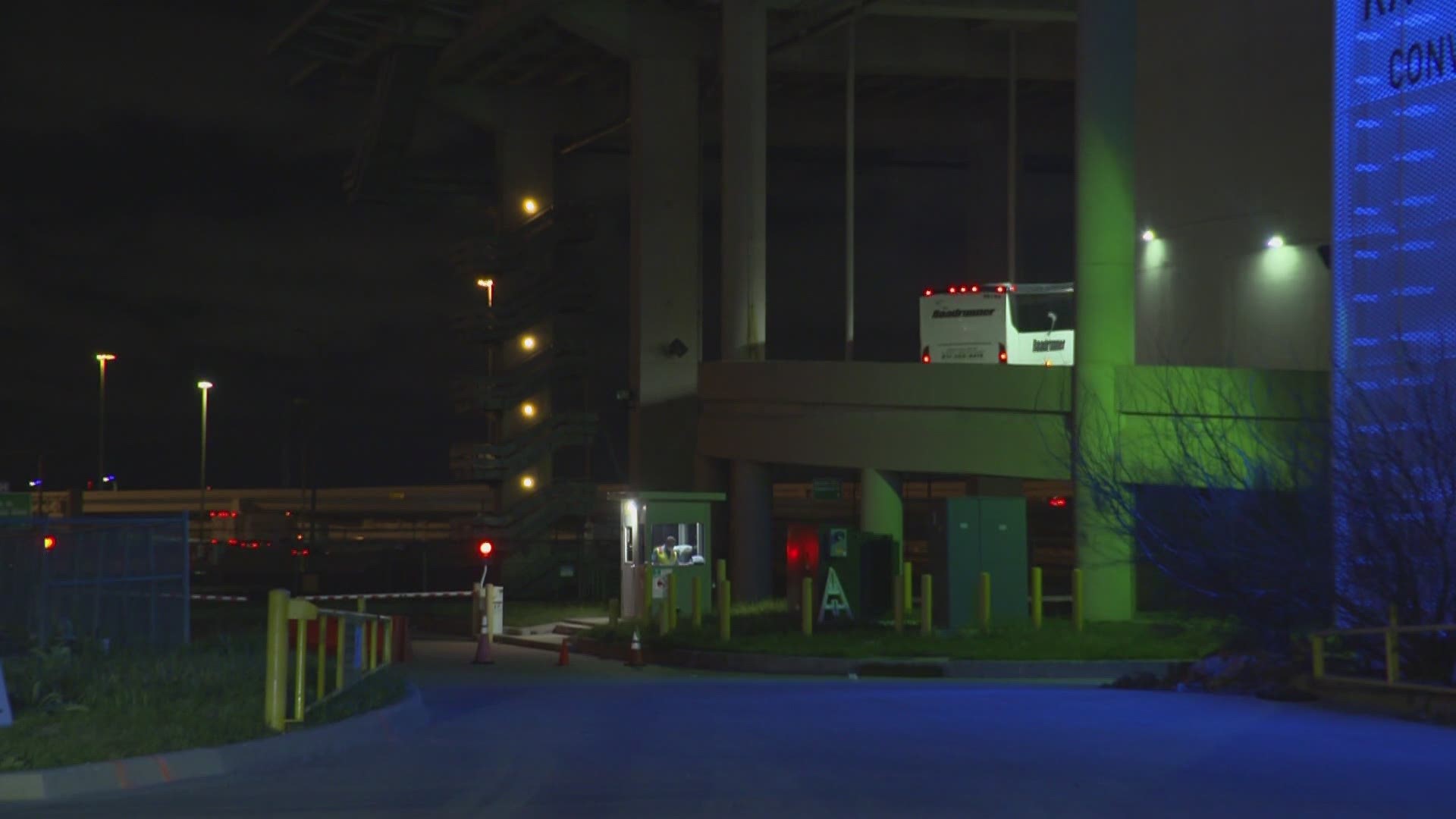 DALLAS — Basketball hoops were seen going into the Kay Bailey Hutchison Convention Center Thursday as volunteers try to keep more than 200 migrant boys occupied as they begin a new chapter in America.

The teens arrived from the border on Wednesday night in multiple charter buses at the Dallas location, which will house as many as 3,000 migrants over the next 75 days.

Most of the migrant boys are between the ages of 15-17 and come primarily from Guatemala and El Salvador.

Chief Eddie Garcia of Dallas Police paid a visit and was the first to talk about how it's going inside. His trip was to understand what role the department might play if it's needed.

“The kids are doing great. My role was to come out and see how it's going and how it impacts the men and women of the DPD. I am confident and pleased with what I saw and the management of it,” said Garcia.

The temporary housing area of the convention center is being managed by the U.S. Health and Human Services alongside FEMA. Federal police, not local officers, are currently securing it.

RELATED: Answering FAQs about the unaccompanied migrant teens being housed in Texas

A spokesperson for HHS told WFAA that the migrants arrived safely and were tested for COVID-19.

The spokesperson wouldn't share how many migrants tested positive for the virus and didn't say when another wave might arrive.

While the public and the media can't see inside, WFAA did talk to people who have been in other facilities.

RAICES, an organization that helps migrant kids, held a virtual news conference to talk about what these children are going through.

"They want to be somewhere...where they are able to have a roof over their heads and food in their bellies and not be in constant fear for their lives,” said immigration attorney Sarah Valdez.

A woman named Wendy, who migrated to the U.S. when she was 9, came across without her parents, like so many others. She described being scared and alone and running from the violence in El Salvador, only to be detained once she reached the Mexico-Texas border.

"We were put in shackles. I didn't understand why this was happening. We were treated like criminals,” said Wendy.

Wendy said she eventually made it across and reunited with family in the U.S.

She had a message of encouragement for the teenagers in detention facilities like the one in Dallas.

"You are not alone, and there is help. It’s not an easy process, but there is still hope,” said Wendy.

RELATED: LULAC president says best way to stop migrant surge is to 'turn off the faucet' where they're coming from

The process of citizenship can be complicated and long.

Immigration advocates say they want people to know this issue has been happening for years and were critical of leaders who have politicized the problem.

“I think it’s hypocritical of Governor Abbott to be suddenly concerned with the humanitarian situation at the border. Where has he been the last four years when people were suffering,” said Melissa Lopez of RAICES.

There are hundreds of volunteers inside the Dallas convention center keeping the teens occupied while their fate is determined.

The main goal is to get them connected with family in America or a sponsor to be released and wait with them as their immigration cases proceed.

Dallas Area Interfaith, a non-partisan group, made up of multiple religious congregations in the metroplex, is on standby to provide translation services per Lead Organizer Josephine Lopez Paul.

The organization is searching congregations, mostly Catholic congregations, for bilingual volunteers in the metroplex who can talk to the children and get them moving towards the next immigration steps.

"We sprung into action," Lopez Paul said. "Right now, we have 88 volunteers secured who have to undergo background checks and are hoping to get 200."

One of the volunteers, Angelica Montanez, spoke with WFAA.

"It's just a guiding process," Montanez said, who is an immigrant herself from Mexico. "It's a friendly face that can speak  your language and help you out." 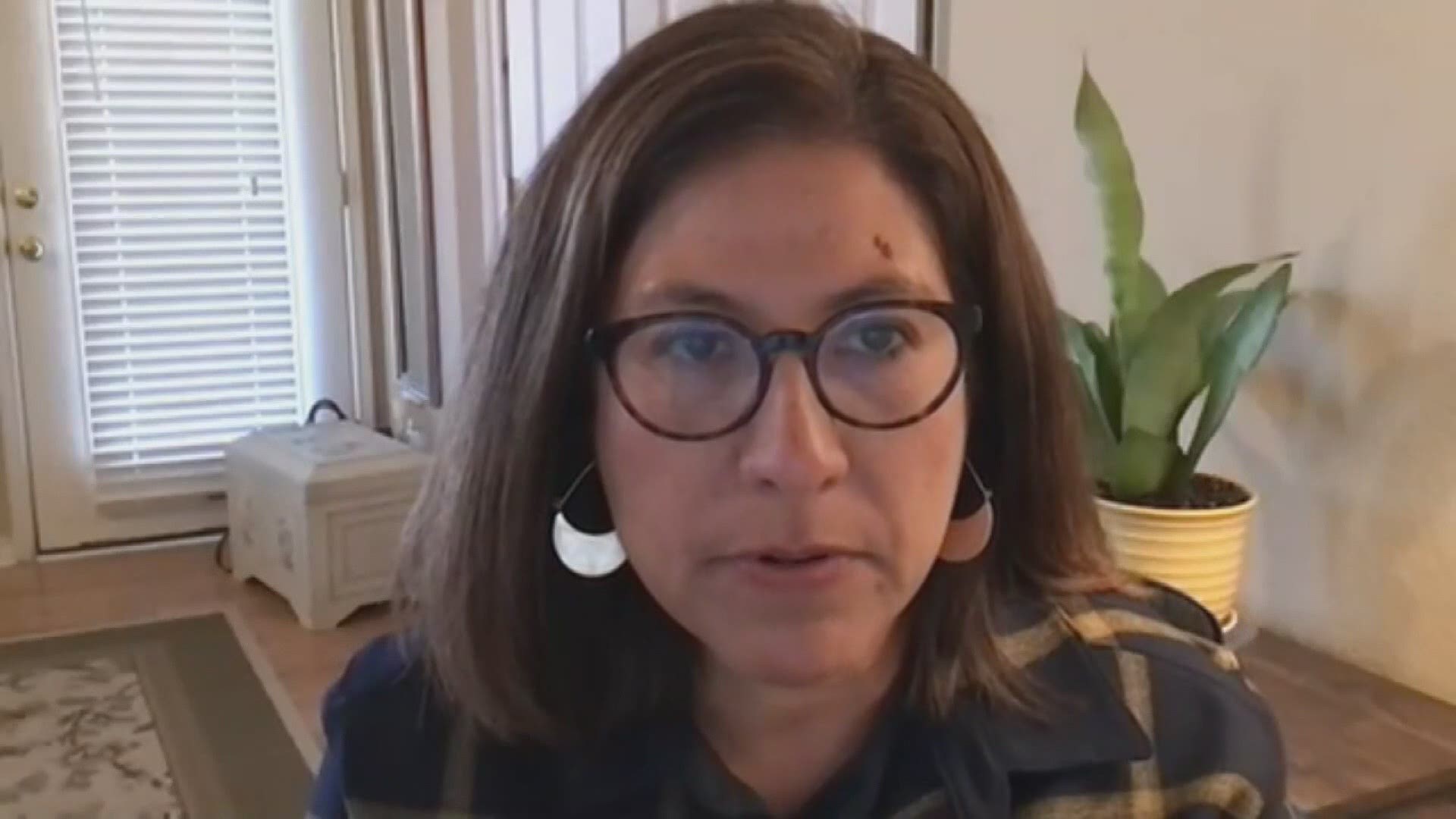