The convention center has been leased for 75 days and the goal of the facility is rapid reunification with their families. 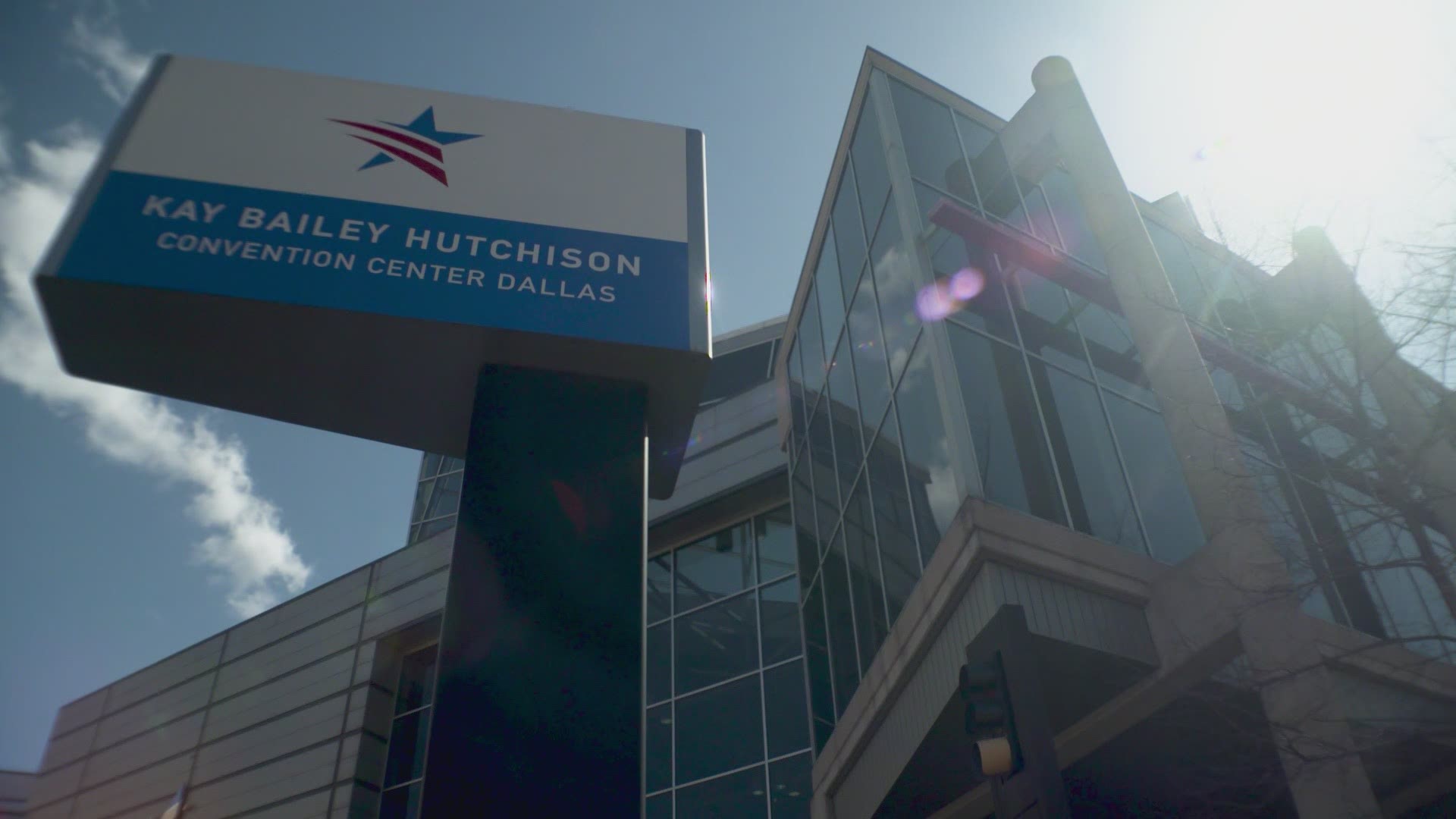 Gov. Greg Abbott said Wednesday that President Joe Biden and his administration were "ill-prepared" to handle the influx of unaccompanied immigrant minors at the border.

Biden had a message for migrants on Tuesday: "Don't come over."

"Don't leave your town or city or community," he added, addressing the migrants and unaccompanied minors that have been coming to the country's southern border.

In an interview with ABC News, he said his administration is sending people back over the border.

Starting Wednesday, minors will be housed in Dallas at the Kay Bailey Hutchison Convention Center when the first 200 are expected to arrive.

As of 9:05 PM Wednesday, officials were still awaiting the arrival of the teens.

Many of them are from El Salvador and Guatemala, per Dallas Area Interfaith.

During the news conference at the Omni Hotel in Dallas, Abbott says he requested to the Biden administration that the Texas Department of Public Safety troopers be allowed to speak to the minors.

Federal officials said there has been a huge surge of people crossing the border this year and the U.S. government is quickly running out of space to hold them.

The convention center has been leased for 75 days and the goal of the facility is rapid reunification with their families.

Abbott also said he was concerned about the migrant minors bringing COVID-19 variants from Central America and South America.

Texas Health and Human Services stated Tuesday that there will be a COVID-19 health screening protocol for all children which will follow CDC guidelines.

According to officials, these services will be provided by the American Red Cross, contractors, and federal staff.

Federal officials said they are increasing capacity at its permanent/licensed network by implementing COVID-19 guidance.

Those who test positive will be placed in a hotel.

Earlier this month, Abbott lifted the mandatory mask mandate and reopened the state 100%. When asked about his concern for COVID-19 spread from minors despite his lifting of the mask mandate, Abbott said the decisions were made on data points and metrics.

McCraw said he has seen children crossing the border who have been threatened by cartels. He said it's important to interview each minor.

Abbott said the minors could be victims of human trafficking and exposed to abuse and terror.

"We must get to the bottom of human trafficking and put an end to it," he said Wednesday. "My expectation is today the Biden administration will step up and do its job to address the sex trafficking component."

According to Kids in Need of Defense, “national agencies fighting trafficking estimate that there are several hundred thousand cases of trafficking of all kinds each year taking place in the United States. However, relatively few of these victims are taken across an international border into the United States; most are U.S. citizens victimized inside the country.”

RELATED: VERIFY: Yes, migrant border encounters are up during Biden administration, but were higher during Trump era

Abbott said the influx of children is a "tiny fraction in what we will see in the incoming months."

The numbers from the U.S. Customs and Border Protection show surges have happened under every recent administration.

There has been an increase since Biden took office, but according to U.S. Customs and Border Protection data, that increase started under President Donald Trump’s administration. His policies were in place in 2019 when we saw even larger surges in March, April, May, and June.

The Biden administration rolled back the most strict of the Trump administration’s immigration orders and the surge seemed to see a noticeable uptick once Biden took office in January. However, border control data also shows the increase began around April of 2020 and hasn’t yet hit the peak of May of 2019, although it's on pace to eclipse that mark.

Volunteers began arriving at the Kay Bailey Hutchison Convention Center in Dallas on Tuesday. The Red Cross and Catholic Charities of Dallas have been asked to help.

The children who will be housed in Dallas arrived at the border without their parents, many of them trying to escape extreme poverty and violence in their countries in Central America. Immigration advocates say many of them left after their families were threatened.

"There are the gangs, the drug cartels and so when these families, get threatened with their lives, if you're parent, you're going to get them out of the country,” said Rene Martinez, LULAC Dallas President.

Dallas County Judge Clay Jenkins issued a statement Wednesday ahead of the governor's news conference, saying in part "now is not the time to politicize the plight of these children."

"The transfer to a temporary facility at the convention center will provide opportunities for exercise and socialization for children who have already faced incredible trauma. These children are made in the image of God, very similar to my 15-year-old daughter and your relatives of that age.

"North Texas is a place of compassion, and I expect that will hold true for these children in their brief time here. People should not be afraid of the children. They are held in the federal facility without interaction with persons outside the facility."

A similar overflow facility in Midland will house up to 700 immigrants.

HHS said all efforts will be made to safely release children to sponsors or transfer them to other Office of Refugee Resettlement care providers as quickly as possible. The Biden Administration says it is looking for both short and long-term solutions.