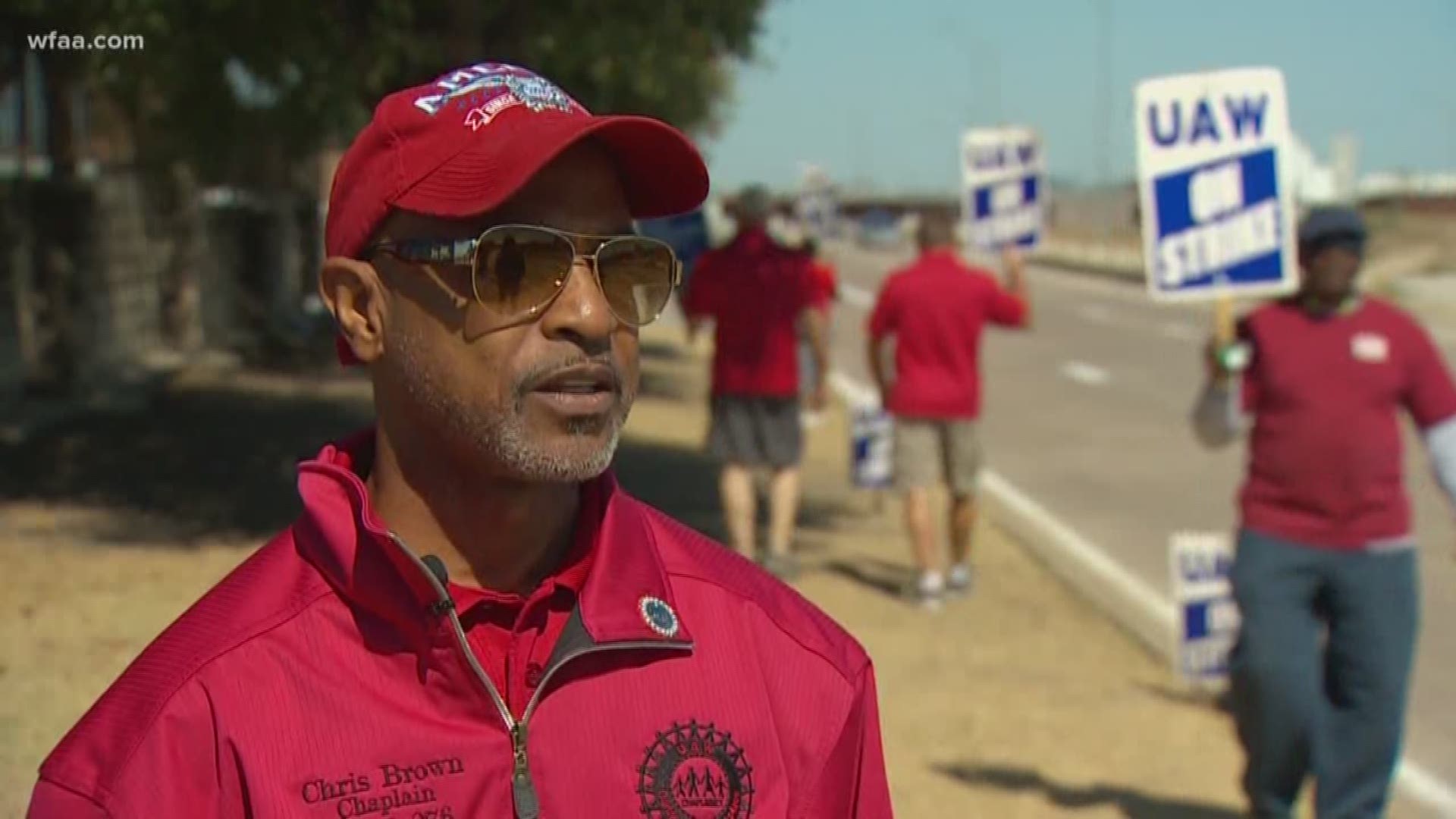 ARLINGTON, Texas — For 23 days, the gates leading into the General Motors Plant in Arlington have been packed with picketers.

"We’re standing for something," said Chris Brown, a trustee with UAW Local 276.

The 4,500 UAW members who work here are on strike-- a strike with no end in sight.

"It is getting hard because we’re losing money, we have families," Brown said. "Saturday, as you probably know and heard, they were pretty close to coming to an agreement."

But that fell apart.

RELATED: GM walkout brings factories and warehouses to a standstill

"Everybody, and I mean everybody in the industry on either side, thought this would get wrapped up fairly quickly," said John McElroy. McElroy is a Detroit-based journalist who's covered the automotive industry for 40 years.

"I don’t think things are going very well between the UAW and GM," McElroy said. "They both seem to be digging into entrenched positions."

He believes the ongoing corruption cases against some UAW leaders are making things worse.

Among other things, the UAW is asking General Motors to improve healthcare benefits and improve pay for temporary workers.

"I think there is a big impact in Texas," McElroy said. "That plant, that Arlington, Texas plant, is the most profitable assembly plant in the world, not just for GM, for anybody."

"We just want everyone to know we want what’s due us," Brown said. "we made a lot of concessions this last time."

The workers are receiving just $250 a week while on strike.

"It's been tough for some people," he said.

But they'll keep doing it until a compromise is reached.