For the first time, a DNA profile has been created for 2007 cold case murder involving 68-year-old woman

Detectives have always believed that the gunfire at Marianne Wilkinson's door was not meant for her. 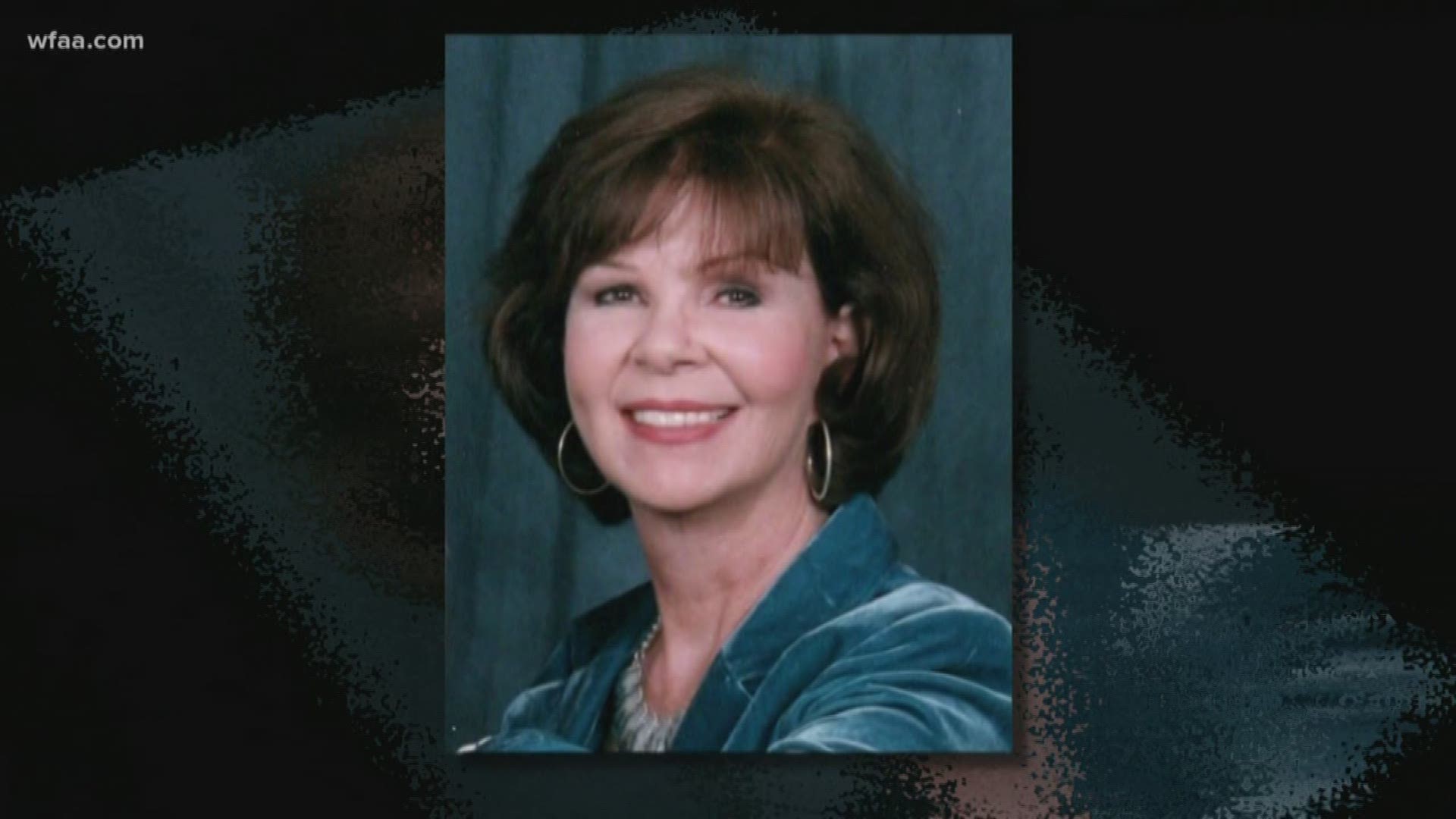 NORTH RICHLAND HILLS, Texas — A breakthrough in a 2007 North Richland Hills cold case could mean peace and long-awaited justice for the family of 68-year-old Marianne Wilkinson.

For the very first time, police have developed a DNA profile for the crime which means they can test and run it through various databases for a possible match.

On Dec. 9, 2007, Marianne and her husband Don were watching the Dallas Cowboys rout the Detroit Lions in their North Richland Hills home.

But around 8 p.m., Marianne answered her door and was killed. Police say she was shot at least three times.

Her husband, who was still in the home, frantically called the police.

"My wife has just been shot," Don said over the phone to 911. "Somebody rang the doorbell and then shot her. I need some help quick."

Detectives have always believed that the gunfire at Marianne's door was not meant for her. The 68-year-old was beloved and had no enemies.

Her son Mike Wilkinson and his wife Terri don't forget that night, especially over the holidays.

"You always live with it, and it changes you forever," Mike said. "You know there's no rationality for going to someone's door and shooting them no matter who they are."

The hardest part to come to grips with is that no arrests have been made for 12 years.

Police have looked at three persons of interest, however. Their names are Dennis Taylor, Vincent Lane, and Willie Boley.

Per our partners at the Fort Worth Star-Telegram in 2013, "Taylor’s wife lived in a home with the same address number on a parallel cul-de-sac a block away from the Wilkinson home. She and Taylor were going through a divorce at the time of Wilkinson’s death."

Marianne Wilkinson was murdered on December 9, 2007 as she answered her front door.

Boley was believed to be an employee of Taylor's.

However, Boley was killed in Oklahoma City in 2013 following a domestic dispute with his girlfriend.

The girlfriend told police that Boley had been beating her and then she shot him.

Since the killing, the gun that was used to commit the crime has been found and a partial fingerprint was lifted from one of the casings at the scene.

DNA was also collected, but for years Mike and his wife Terri have watched the case receive very little traction.

"There's still this loss that's there," Mike said. "Mom was a lot of fun, mom was one who knew how to love and appreciate."

"That's the difficult part is waiting."

"I just think about all the things she has missed," Terri said. "Everything joyful has the stab of sorrow because she's missing it."

North Richland Hills recently revisited the Wilkinson case after the family encouraged them to.

DNA collected from the scene that was once little to no help was re-examined and with technological advancements, a new DNA profile was created for a possible suspect.

So far, however, no positive hits just yet.

For Mike and his family, it's a huge piece to a puzzle they've been trying to put together for years.

"We're very grateful and very hopeful that it will turn into something," he said.

"I just want to see justice," Terri followed up.

Credit: WILKINSON FAMILY
Photo of Wilkinson (center) with her family.

Inside the Wilkinson's home is a number of things that belonged to Marianne.

Handmade ornaments are on the tree, Christmas figurines are in the kitchen, and paintings that were once Marianne's are on the walls.

Terri said they bring her family comfort and remind them of the memories they had with the 68-year-old.

As they surrounded the living room, the Wilkinsons said all they can do now is wait.

Something they've gotten good at over the years.

"I would feel rested and it doesn't seem right to not have justice on this side of the grave," Terri said.

If you know anything about the person who is responsible for the death of Marianne Wilkinson, call the North Richland Hills Police Department.