According to the Texas Homeschool Coalition, there are nearly 350,000 students now being homeschooled in Texas. A number that is steadily growing. 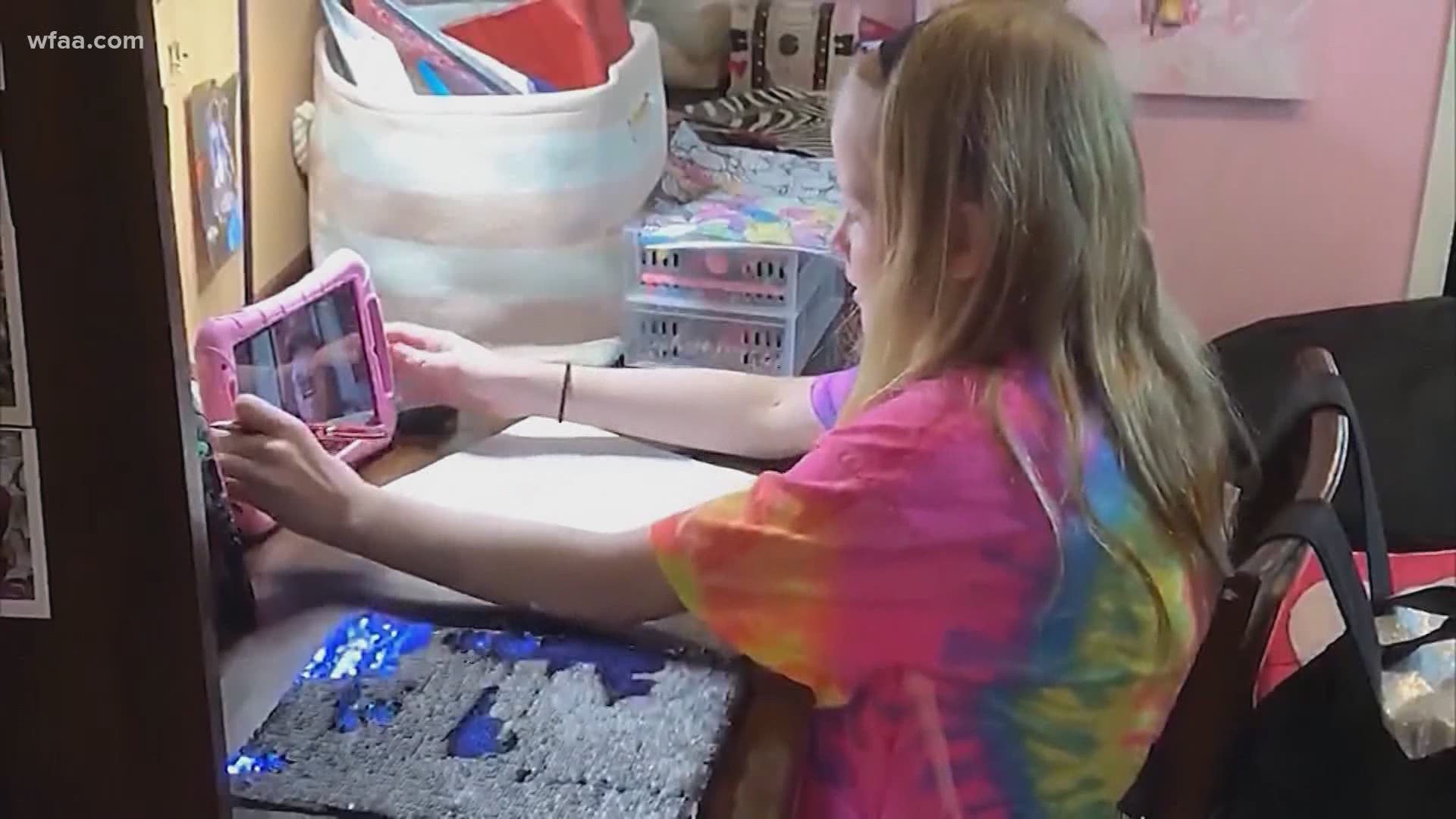 Jillian Glawson and her husband took two months to mull over a decision that could change the trajectory of their children's educational lives. Jillian tells WFAA that it was a "very difficult" decision to make.

The Glawson's have three children, two of whom are in third grade and kindergarten. They felt like the school district's plans to serve students during the pandemic was insufficient, so they have decided to homeschool.

"It's definitely a hard decision to make but ultimately we're doing what's best for our family," Jillian said.

Jillian and her husband started researching and weighing options in May before pulling their kids from public school and deciding to homeschool.

Both parents have grown up in public schools all their life. They have flirted with the idea of homeschool before or at least thought about it as a viable option.

Tim Lambert is with the Texas Homeschool Coalition. The 501c3 nonprofit works to educate people on homeschooling and advocates for it at the state and federal levels.

"Our call volume went from about 300 calls a week to almost 900 calls," said Lambert.

Lambert says as soon as the Texas Education Agency came out with its school guidelines the coalition became inundated with calls from parents worried about the safety at public schools and intrigued by homeschooling.

"I tell people if you have elementary age children you should be able to accomplish in a couple of hours what it takes a classroom all day long to do," said Lambert.

According to the Coalition, there are nearly 350,000 students now being homeschooled in Texas. The Glawsons join that growing number.

"I get to be with my family more often and I don't have to leave for 8 hours," said 8-year-old Caroline.

Jillian was worried about the socialization aspect of homeschooling. But she says she learned pretty quickly that North Texas has a large network of homeschool parents.

"People think home-schoolers are isolated; they stay at home and don't do anything or see anybody," Lambert said discussing one of the many misconceptions about homeschooling.

Jillian tells WFAA that her children will engage in once a week co-ops. These are meetups of about 10 or fewer students around the same age. Jillian says these meetings will help with the socialization and do so in an environment that can be safely supervised and monitored.

"Several groups get together for field trips, playdates, and those kinds of things," she said.

This is all new territory for the Glawson family. For both the children and the parents. They have chosen a curriculum already that is tailored to their children's learning styles and to their own teaching styles.

Homeschool at the Glawson household starts at 9 a.m. on Aug. 3.