"We don't want the perception that we would ignore something. It is not acceptable," said superintendent Sara Bonser on bullying claims that allegedly go unheard. 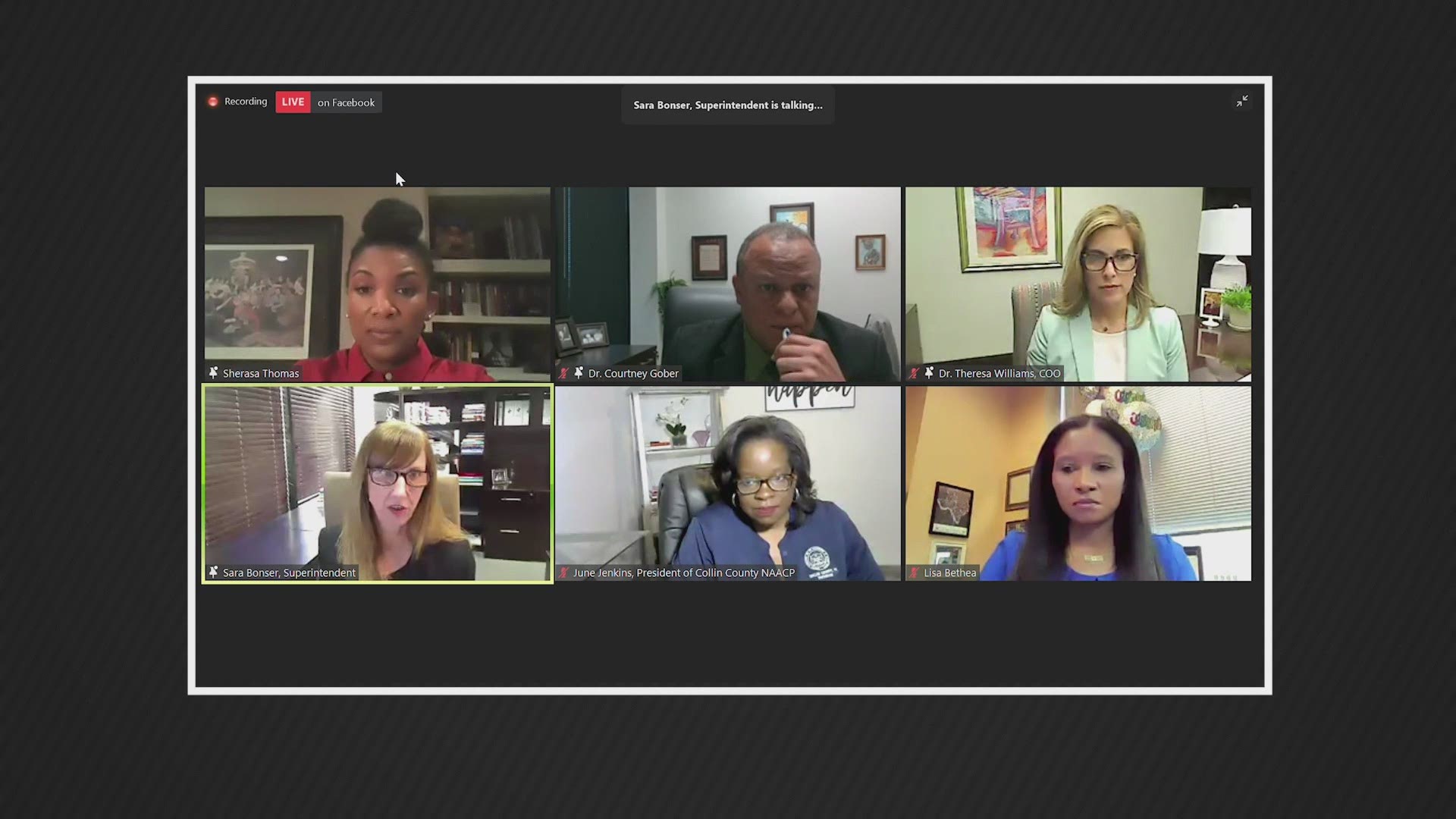 "This is not a situation where we can just vent and that'll be the end of it," said Thomas, the political action chair for the local NAACP.

The discussion is in response to a recent and local case where a Plano ISD mother said her 13-year-old son was racially targeted, bullied, and abused. We are not sharing the Haggard Middle School student's name for privacy reasons.

"We don't want the perception that we would ignore something. It is not acceptable," said Bonser.

The district fielded questions about the process for reporting bullying. The district reiterated its process of investigating allegations, notifying all parties and assessing actions to be taken within 10 days of when a claim is made. The NAACP raised concerns with the district after hearing parents say their bullying claims often went unheard.

RELATED: Plano ISD says it has issued consequences after completing investigation into recent allegations of bullying

The district even discussed the supposed thousands of social media inquiries from past bullying claims. The district clarified that the vast majority of the bullying inquiries were copies of the same letter.

On Wednesday night WFAA learned that the district is going over past allegations, and teachers and administrators have been re-trained in the last several weeks on the district's bullying protocol.

The NAACP also highlighted disparities in discipline for students of color. Gober admitted this is an area that needed to be addressed.

RELATED: 'There is nothing OK about bullying': Plano officials investigate harassment incident at Haggard Middle School

"Yes, there has been some disproportionality for our suspension and in-school suspensions for students of color," said Gober.

The district says it's addressing that issue and it started with dropping one of its two alternative schools. Gober says the district will be offering wrap-around support services to those students who are facing truancy issues.

Because of privacy concerns, the latest bullying case was not discussed. But it was the catalyst for change the Collin County NAACP is hoping to see in the future.