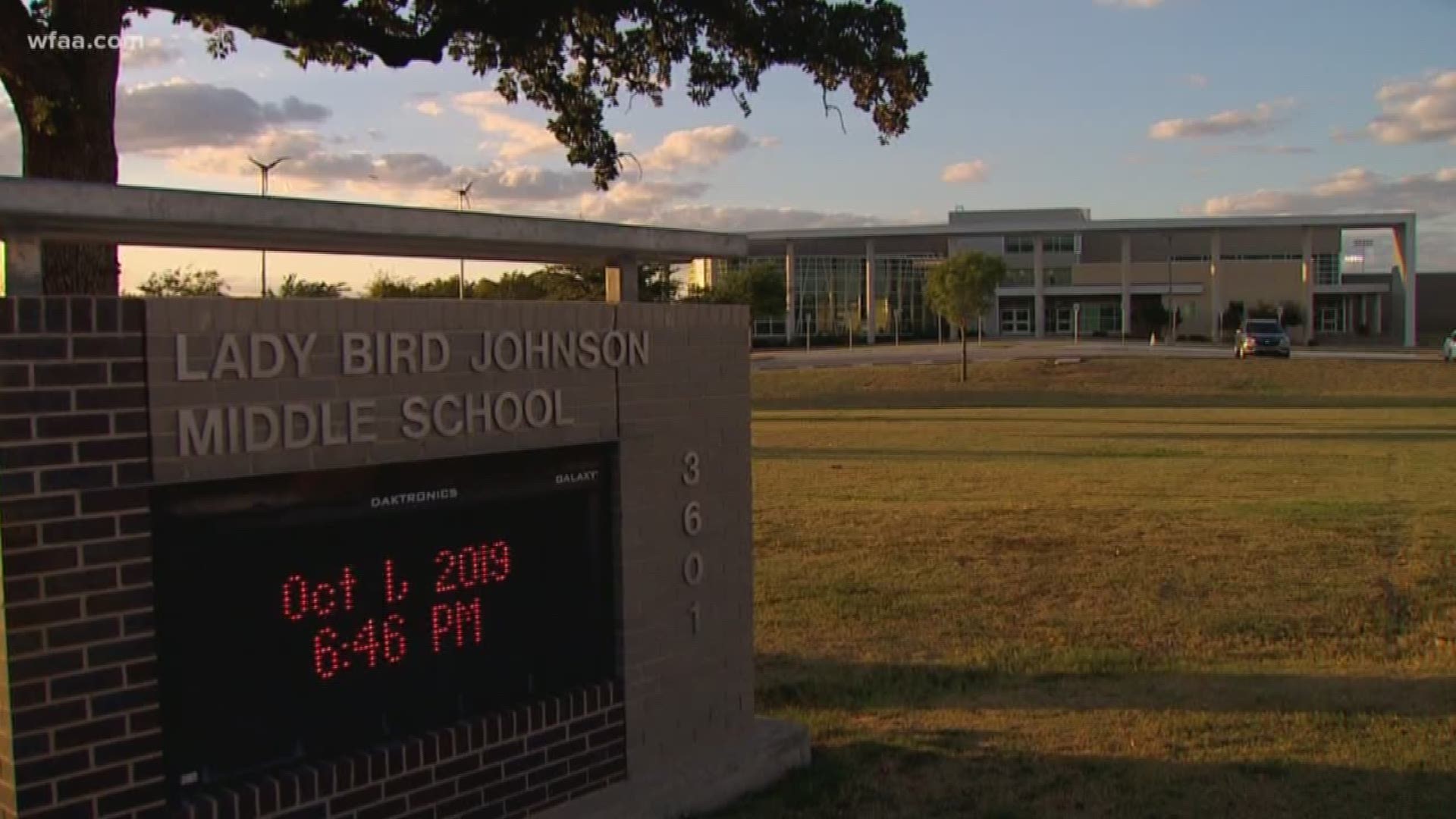 Monica Cowans, the mother of the student who was filmed, said her 11-year-old son had just recently started 6th grade at Lady Bird Johnson Middle School in Irving ISD. He is non-verbal and is supposed to be supervised in special needs classes.

"He's just in his own world," Cowans explained.

But Monday, Cowans received a call from the school principal. She learned that on Friday last week, her son was in a bathroom alone with 8th graders who used a phone to bully him, recording his exposed body.

"Him standing up with his pants down to his ankles," Cowans said.

She said that the image was then shared and posted to Instagram by another student, where it remained posted through the weekend until someone reported the image to the school.

"That's how they contacted me," Cowans said. "He was already on there naked."

Cowans said the 8th graders involved in the incident are enrolled in regular classes and were apparently making fun of her son, knowing that he is special needs

In a statement, Irving ISD told WFAA that they cannot comment in detail about the situation due to student privacy protections. However, they said they are taking the situation at the school very seriously and said that all the students who shared the image have been disciplined according to school policy.

The students involved may face more serious legal consequences, too. Irving Police say that three 13-year-old students involved in the incident are charged with invasive visual recording, a felony under Texas law.

Cowans believes that the students are old enough to face consequences, but she also wants Instagram and the school district to be held accountable. She said she believes Instagram should have filtered the content before it was posted, and she also said the district needs to determine how her son wound up unsupervised with the older boys.

"It was bullying," Cowans said.

She wants other parents to teach their kids that bullying with social media is not a joke.