In a surprise development, the former Dallas congressman appears to be eyeing a return to the U.S. House — but not in his old district. 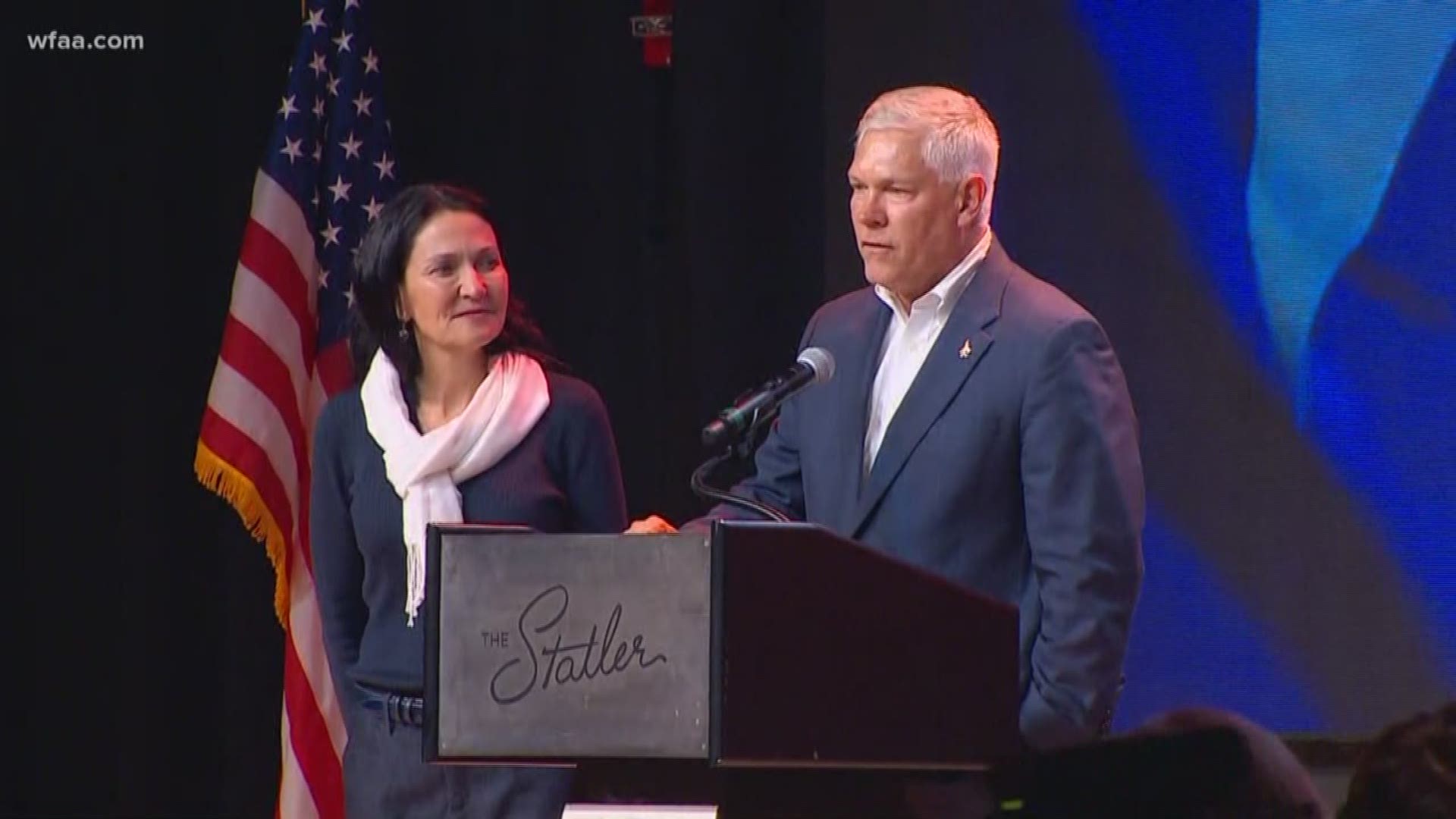 Former Republican U.S. Rep. Pete Sessions may be considering a comeback attempt — but not in his old Dallas-based district.

Sessions, who lost reelection last year, has emerged as a potential candidate for the seat being vacated by retiring U.S. Rep. Bill Flores, R-Bryan. Flores has been meeting with potential candidates and sought feedback Tuesday from district activists on a potential Sessions run, according to an email obtained by The Texas Tribune.

Flores' 17th District includes Waco and is about 80 miles south of Sessions' old 32nd District. The 17th District is a much safer Republican district as well.

“A former Texas congressman and someone who I consider a friend (Pete Sessions), has been asked by some Republican donors to consider running in TX17 district,” Flores wrote. The incumbent added that “while Pete has not called to ask for my thoughts,” he wanted to get feedback on Sessions’ interest in the race.

Flores emailed the Tribune on Tuesday night that the feedback "has not been positive."

"Pete is a friend of mine, but I wish he'd called me first," he said. "I could have provided some valuable feedback to him."

"The conservative leaders and community leaders in the district who are aware of Pete’s intentions have told me they would prefer someone who currently lives, works, and serves in our communities," he added. "They strongly believe that we have ample talent here to serve as their next congressman or congresswoman."

Sessions is not entirely new to Waco. He was born there and grew up there, where his dad, a former FBI director, worked as an attorney in the 1960s.

Still, two delegation insiders concurred that the reaction at this point has been lukewarm.

Sessions' former campaign aides did not immediately respond to request for comment. However, Republican sources in the district were abuzz with speculation Tuesday night that an announcement could be imminent.

However, two Texas delegation sources described Sessions' deliberations as still nascent. One source described the activity as "rumblings" while another said an intermediary was feeling out Republicans in the district.

A veteran Republican consultant in Texas, who asked not to be identified when contacted by WFAA, said a new Sessions candidacy might not be received well.

“It’s absurd. He was in Congress for over two decades and then lost - take it as a sign it’s time to move on with your life, not a sign to move to another district,” the campaign veteran said. “One of the benefits of a safe AND open Republican seat, is it allows for the possibility of new blood to enter the stream and the party to add to its stable of quality candidates in the long term.”

Sessions lost his seat last year to Dallas Democrat Colin Allred, and he has teased a potential bid to reclaim the 32nd District. But some Republicans are uneasy with him running again for that seat — Allred beat him by 7 percentage points — and two GOP candidates have already declared for it and received recognition from the National Republican Congressional Committee.

Not many Republicans have declared for the seat since Flores announced his retirement about a month ago. A Republican who entered the race in recent days, Trent Sutton, formally announced his campaign Tuesday evening with a message for Sessions.

"I have met some of the other local individuals considering a run, and I can assure you, TX-17 has no shortage of talented, service-minded leaders," Sutton said in a statement. "With all due respect Mr. Sessions, we got this."