As a Georgetown University freshman, Adan Gonzalez showed up to campus with his clothes in trash bags. 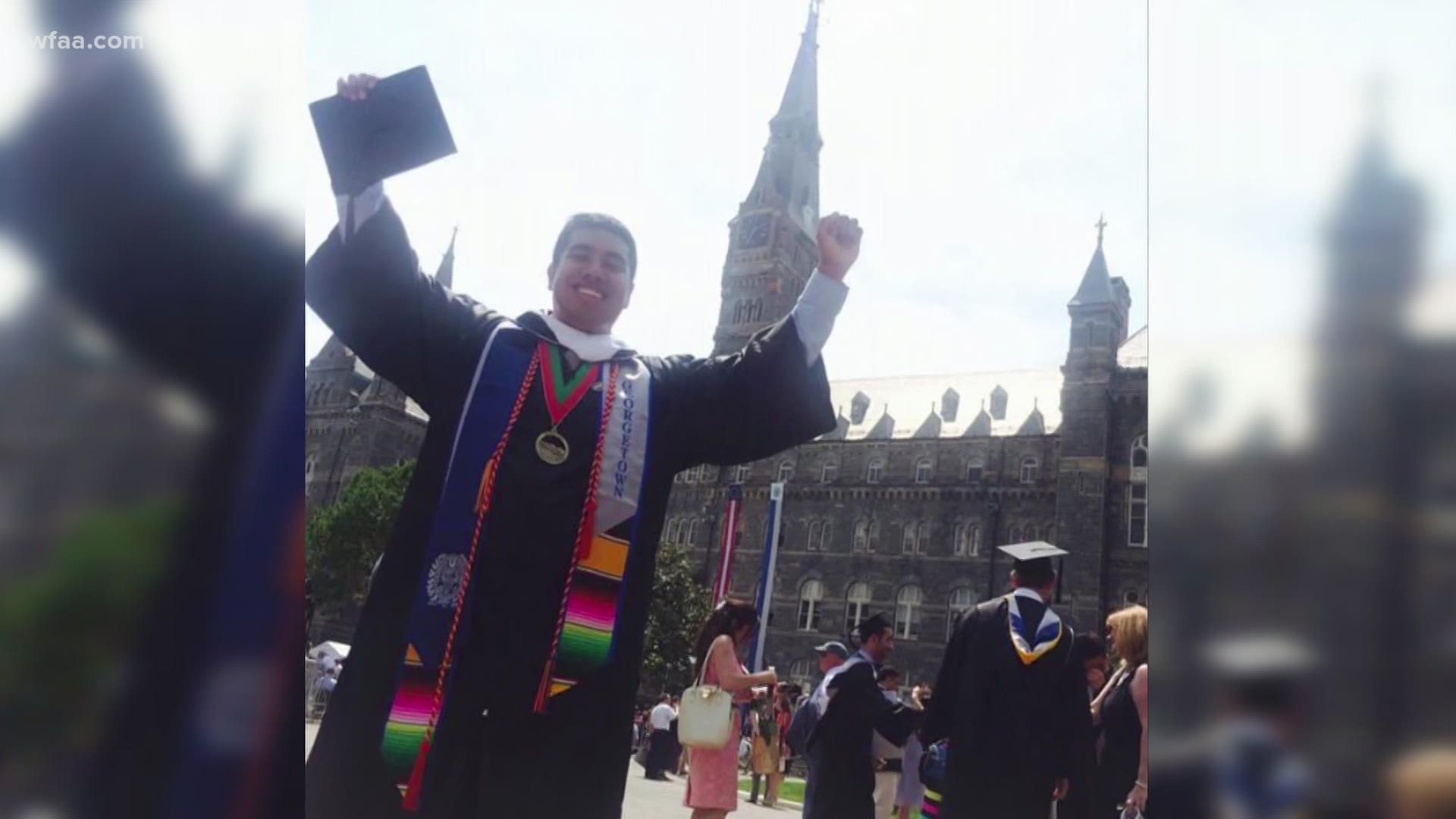 DALLAS — As a Georgetown University freshman, Adan Gonzalez showed up to campus with his clothes in trash bags.

Nine years later, the Oak Cliff native is the force behind a local luggage drive to help other incoming freshmen who are heading off to college.

"I couldn’t afford the airport fee for my overweight, small luggage bag," Gonzalez said. "The attendant was nice and gave me a plastic bag, where I started taking items out. I just remember stuffing it in bags and making it work."

Gonzalez was born and raised in Oak Cliff. He graduated from the Dallas Independent School District and was off to start his freshman year at Georgetown University in Washington, D.C.

“My dad gave me $100 -- (it's) all he had. My mom gave me a rosary. And that was the beginning of the journey that ultimately changed my life,” Gonzalez said.

Gonzalez said traveling was a new experience for him. And after the incident at the airport, he showed up to Georgetown’s campus with his belongings in trash bags.

That's when he decided it was never going to happen again.

The following year, Gonzalez organized his first luggage drive. He was only a sophomore at the time.

“I’m glad it happened,” Gonzalez said. “Because it really shed light on one less obstacle we can avoid for other students.”

Since then, more than 1,200 kids have received luggage through Gonzalez’s nonprofit, Puede Network.

“Puede Network is a youth leadership development program that ultimately empowers families to believe in education, but also take advantage of the opportunities through education,” Gonzalez said.

Although there's much uncertainty surrounding how the fall semester is going to go, Gonzalez is grateful that this year, over 220 students will have one less thing to worry about.

“We’re proud to say that we’re supporting students, not only with an item for them to put their clothes in, but it’s something that they carry their dreams,” Gonzalez said.