The new Uber headquarters is expected to bring 3,000 jobs to Deep Ellum in five years. Those jobs are required to have an average salary of $100,000. 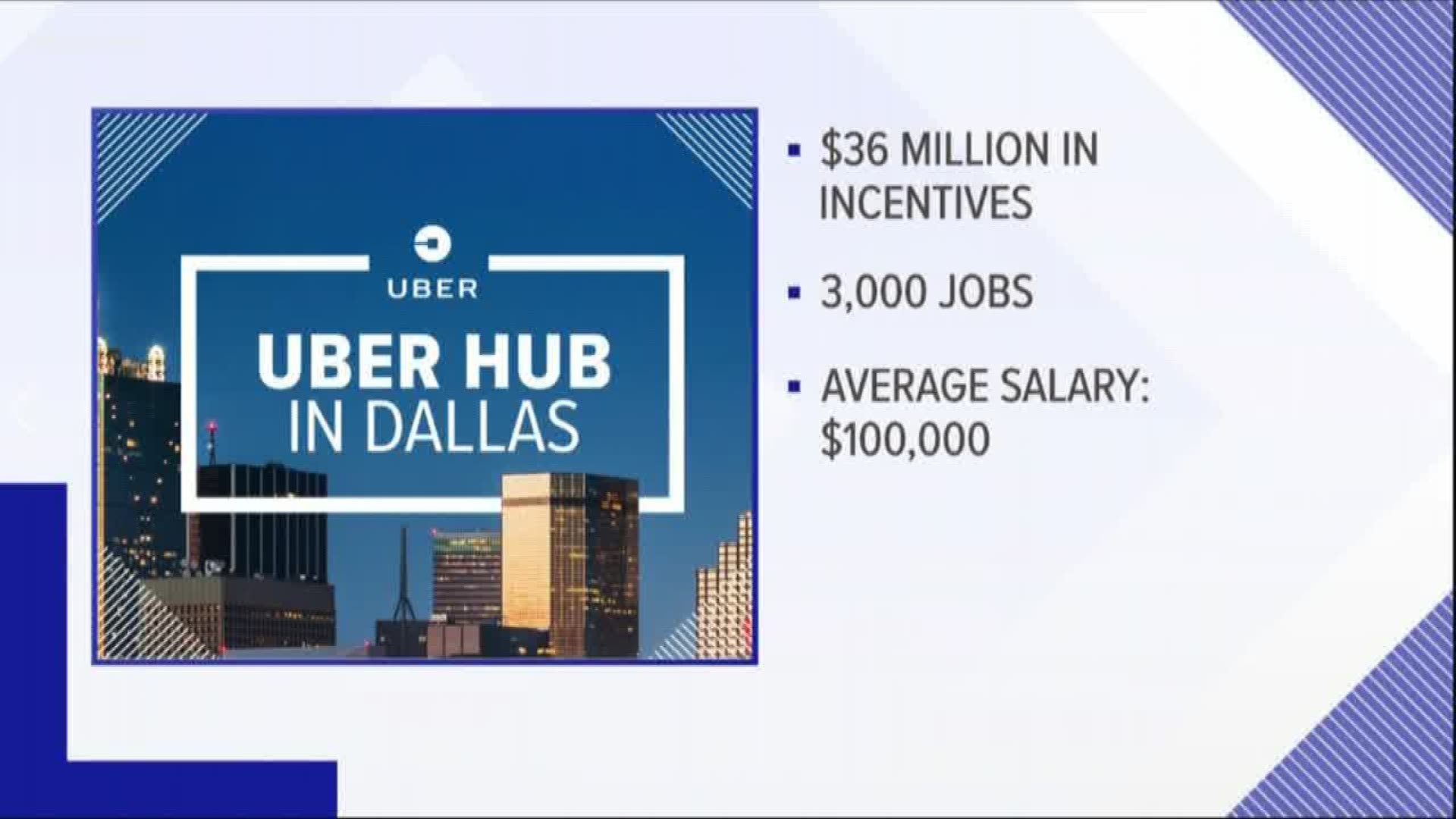 The Dallas facility will be second to Uber's primary headquarters in San Francisco. Uber stands to receive nearly $36 million in economic incentives from the city, county and state for the expansion.

The company is expected to bring 3,000 jobs within the next five years with a required average salary of $100,000, county records show.

“Those three elements alone make this probably the most unique project the county has ever contemplated participating in from an economic development perspective," Loessberg told commissioners Tuesday.

Uber will move into the 277,000 square-foot building in The Epic development. The transportation company will also move into another $165-million office building that hasn't been built yet.

As part of the plan, the county will abate about $255,000 a year in tax revenue but will still collect about $206,000 in taxes each year over a 10-year period, county records show.

"This investment will bolster Texas continued economic success and reputation as the best state for business," Abbott said in a written statement.

Uber Chief Executive Officer Dara Khosrowshahi said in a statement sent out by Dallas officials that the city "became the first city in Texas where the Uber app was available in 2012, and since then Texas has been a hub of innovation for our platform."

Uber will also get $9.35 million in economic incentives from the City of Dallas.

Dallas Mayor Eric Johnson said the city and Uber are "a great match."

"I'm certain Uber and its employees will flourish here," Johnson said in a statement.

During Tuesday's meeting, county commissioners expressed some concern about whether Uber would hire a diverse workforce.

Commissioner John Wiley Price did not vote on the county incentives Tuesday, saying he wanted assurance the company's hiring would reflect the racial and ethnic makeup of the area.

Dallas County Judge Clay Jenkins said he hopes Uber will do what the company can to "help us help them" train locals.

The Dallas Business Journal contributed to this story.

RELATED: Sources: Uber closing in on Dallas as site for office expansion