Video shows man suspected in series of attacks pick up woman, carry her away in Grapevine

A search is underway for a man who police say has exposed himself and grabbed women in at least five separate attacks at Grapevine apartment complexes. 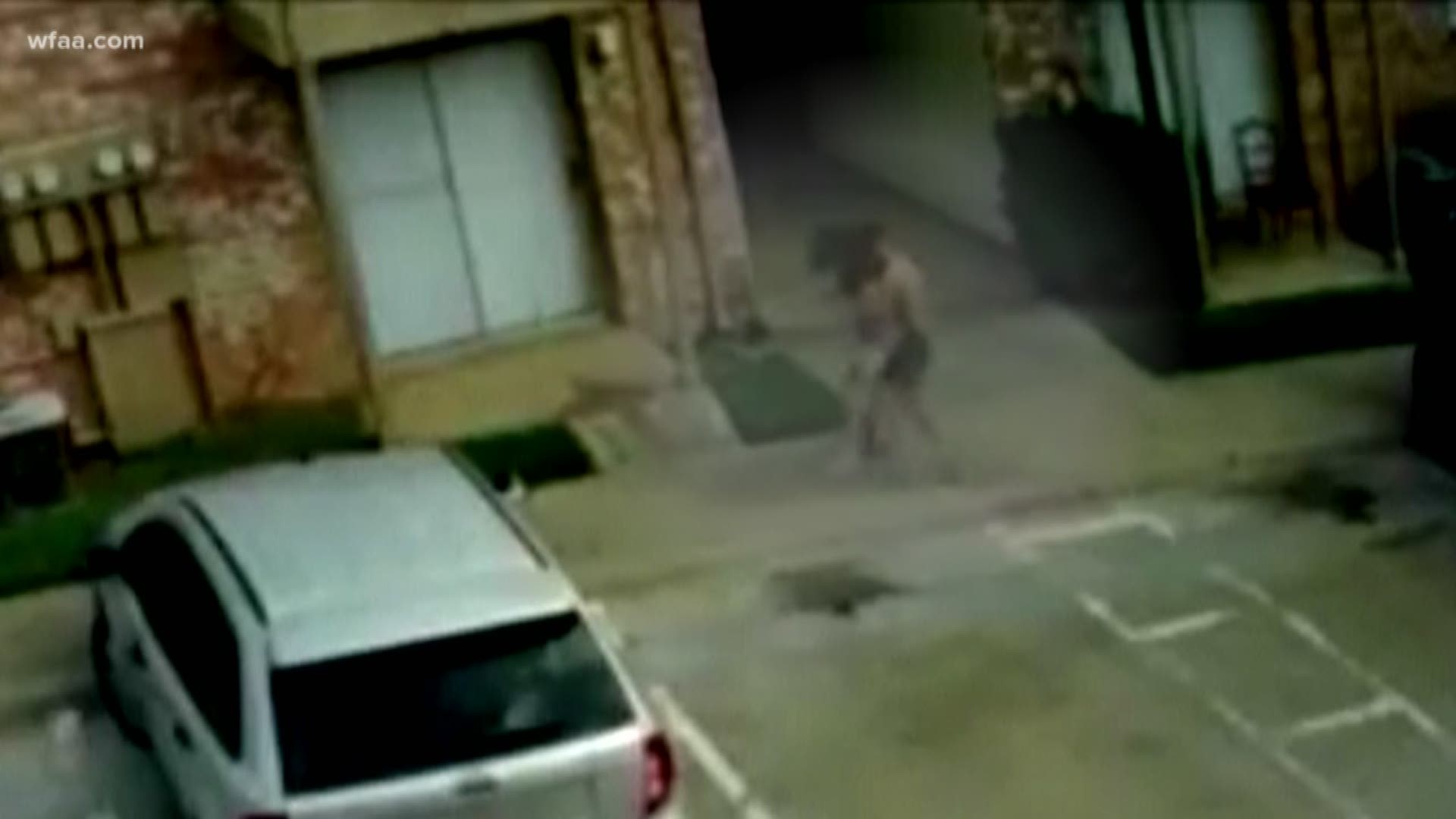 Police are searching for a man caught on camera picking up a woman from behind and carrying her into a breezeway at a Grapevine apartment complex.

Grapevine police say the man seen on surveillance video is a suspect in a series of attacks targeting women over a two-day period at apartment complexes along Mustang Drive.

Police are investigating five cases they believe are linked to the man. In each case, the man either exposed himself or grabbed his victim, police said.

One woman's collarbone was broken as she struggled to escape the man. Each of the women was able to get away from the suspect, authorities say.

The attacks happened on Monday and Tuesday at apartment complexes between the 2800 and 3000 blocks of Mustang Drive. Authorities say they have increased patrols in the area.

The attacker is described as a Hispanic male in his early 20s between 5-feet-3 and 5-feet-8. He has a thin build and short, curly black hair.

Police released a sketch based on witnesses' descriptions of the man.

Credit: Grapevine Police Department
Police released a sketch based on witness descriptions of a man accused in five separate attacks on women in Grapevine.

People who spots the man should call 911.