Edgar Tirado, 28, was shot by officers after he used a replica firearm to attempt multiple robberies and a carjacking, according to police officials. 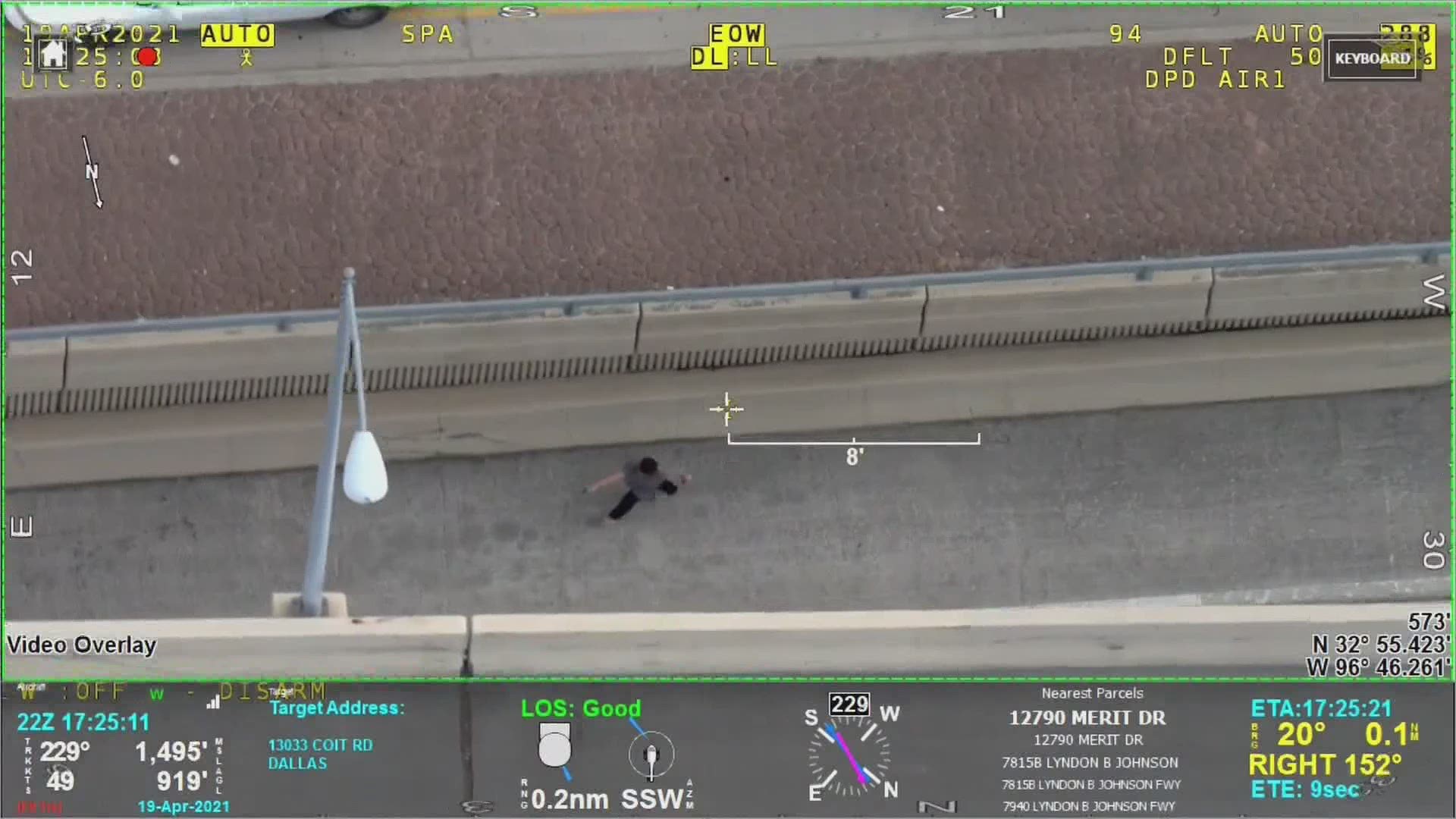 When confronted, Tirado allegedly pointed a handgun at employees before fleeing. Rhodes said Tirado went on to do the same at restaurant in Richardson.

Dallas police said as the afternoon went on, they received several calls about a man pointing a gun at people, in addition to a 911 call of an armed robbery at a CVS. The man matched Tirado's description, Rhodes said.

In the video released Thursday, helicopter footage shows Tirado running across all lanes of Lyndon B. Johnson Freeway when confronted by police officers. He allegedly pointed his gun at officers several times, Rhodes said.

Police bodycam video shows one of the officers trying to capture Tirado. Audio of an officer opening fire can be heard in the YouTube video. Tirado was struck at least two times and died at the hospital, officials said.

Bodycam footage from the officer shows Tirado walking along the side of the interstate pointing to what appears to be a gun. But officers later discovered it was a replica gun, according to police officials.

The police department shared of photo of the replica gun next to an actual gun. The replica handgun is on the right with the ruler above it.

Credit: WFAA
Chief Eddie Garcia shared this photo showing the replica gun that was used on the right and a real gun on the left.

Three uniformed Dallas police officers fired their weapons at Tirado, DPD said. Their time with the department ranges from one-and-a-half years to nearly six years. The YouTube video, posted on the department's channel, says that the deadly shooting occurred while Air 1 was repositioning.

The investigation remains ongoing and is being conducted by the Dallas Police Department’s Special Investigations Unit. The Dallas County District Attorney’s Office also responded to the location to conduct an independent investigation.