A Fort Worth police officer shot and killed a man who police say was armed and trying to steal cars Sunday. 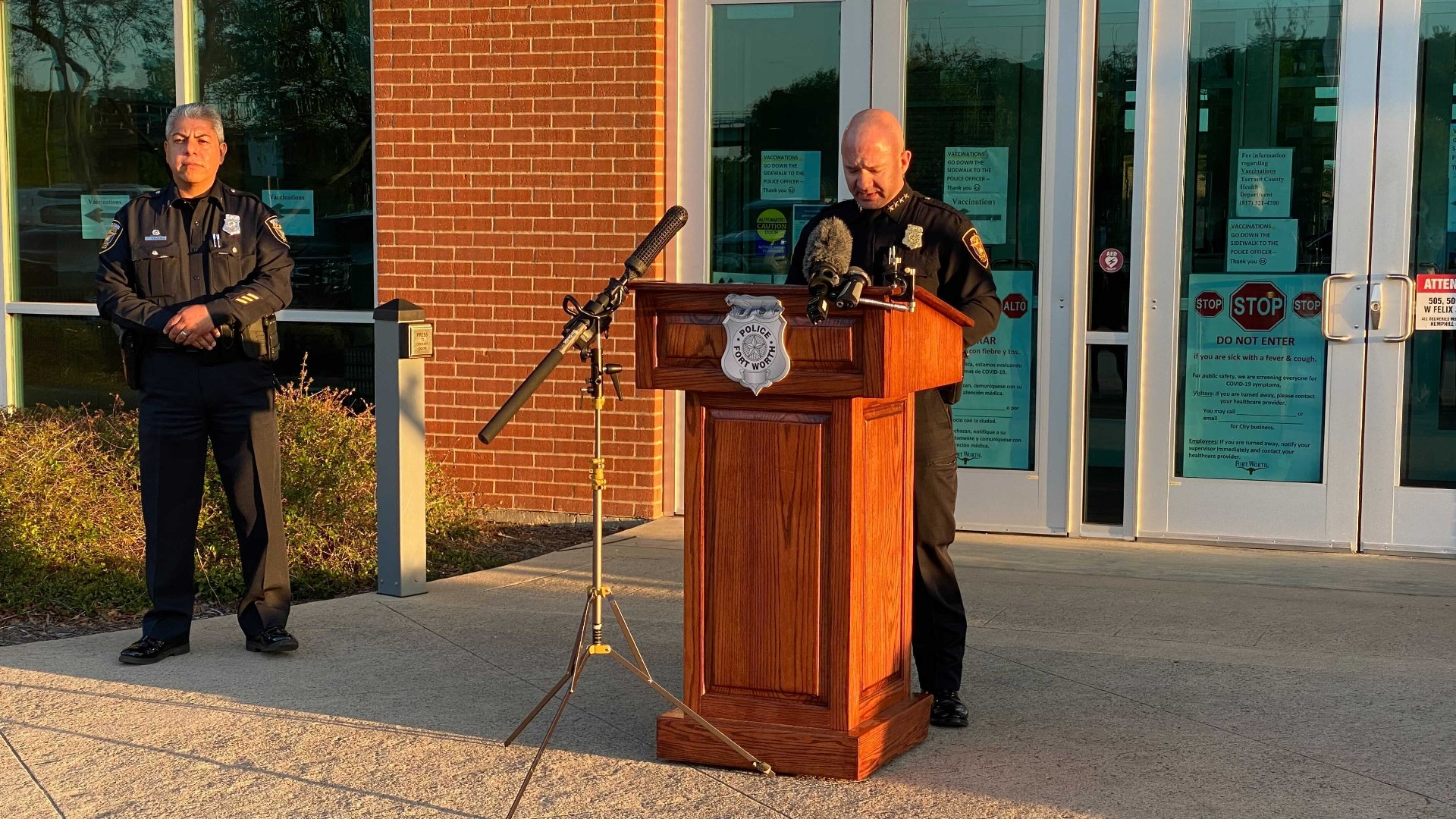 A Fort Worth police officer is unharmed and a suspected carjacker is dead after a shooting in Fort Worth Sunday, police said.

Police said they were called to a suspected carjacking in the 3600 block of Race street shortly before 3 p.m. Once the officers arrived on scene, they said they used witness information to identify the alleged suspect. Witnesses were there trying to help the victim of the carjacking, Fort Worth Police Chief Neil Noakes said in a news conference Sunday night.

The suspect ran away, and police chased after the suspect, who has not been named by police yet. Noakes said the man ignored "multiple warnings" from police to put down his gun. The man aimed his handgun at the officer, who then fired at the suspect, killing him.

Body camera footage released by the department Monday shows an officer yelling at the man to put his gun down. When the man doesn't comply, the officer shoots and kills the man. Police say if the video is slowed down, it shows that the man was holding a gun.

Police said the man fired once and the officer fired six times.

The man died after being taken to a hospital in critical condition, Noakes said. Police also said they found a knife and a gun at the scene.

The officer who shot and killed the man has been placed on administrative leave, Noakes said. The officer has been with the department for four years.

This is just the latest shooting reported shooting across the Dallas-Fort Worth area this weekend. There have been at least five others.