Dallas police shot and killed a man they say used a replica firearm to attempt multiple robberies and a carjacking Monday afternoon. 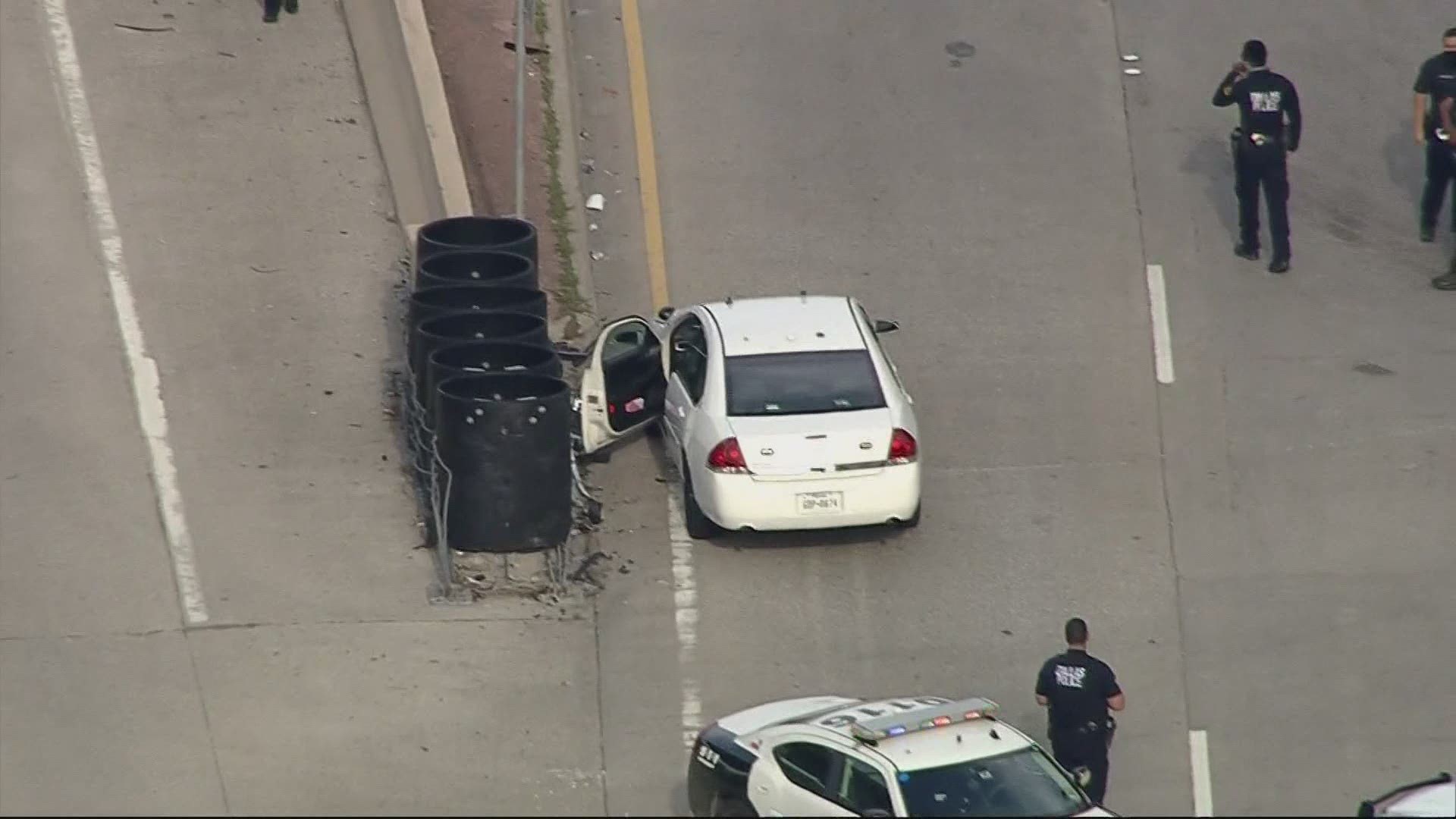 DALLAS — Updated at 8:11 p.m. Tuesday with the suspect's identification.

Dallas police shot and killed a man they say used a replica firearm to attempt multiple robberies and a carjacking Monday afternoon.

At around 2:32 p.m., there was an aggravated robbery at the Fiesta Supermarket at 8060 Spring Valley Road where police say the man stole items and pointed his gun at store employees before fleeing on foot, police said.

At around 4 p.m., police said they were called to a carjacking near a school on Rolling Hills Lane near Interstate 635 in far north Dallas. Police later learned that the armed man matched Tirado's description for a robbery a Fiesta Mart up the road before the alleged carjacking attempt.

At around 4:32 p.m., officers located Tirado on Esperanza Road and confronted the suspect, police said. Tirado reached into his back waistband and pointed a handgun at officers, police said. The officers did not open fire.

Tirado then took off and was seen about 30 minutes later running through an apartment complex in the 13300 block of Esperanza Road.

Police said they received another call about Tirado robbing someone at a CVS at around 5:09 p.m. He allegedly pointed his gun at the manager, police said.

There was another 911 call about Tirado running across Interstate 635, where a perimeter had been set up. Tirado pointed his gun at officers and officers shot him.

Garcia said they later learned Tirado was using a replica handgun "that looked exactly like a revolver" and not a real gun.

During a news conference Tuesday, Garcia shared a photo of the replica gun.

Credit: WFAA
Chief Eddie Garcia shared this photo showing the replica gun that was used on the right and a real gun on the left.

"It's a tragedy, we don't want this for the individual, it's a tragedy for our officers that have to do this," Garcia said Monday night.

The police officers involved were not hurt, he said.

Garcia said the officers involved are being interviewed. The department plans to release additional video within the next 48 hours, Garcia said.

During the incident, Dallas police asked for drivers to avoid the eastbound Lyndon B. Johnson service road of I-635 between Coit and Hillcrest roads.

Two Richardson ISD after-school programs were placed on lockdown for about 30 minutes due to police activity, a district spokesperson said.

The lockdowns moved to lockouts, then were cleared around 5 p.m., school officials said.