Authorities say the suspect admitted to killing 41-year-old Traci Leigh Jones. He then allegedly put her body in a container and dumped it in a lake. 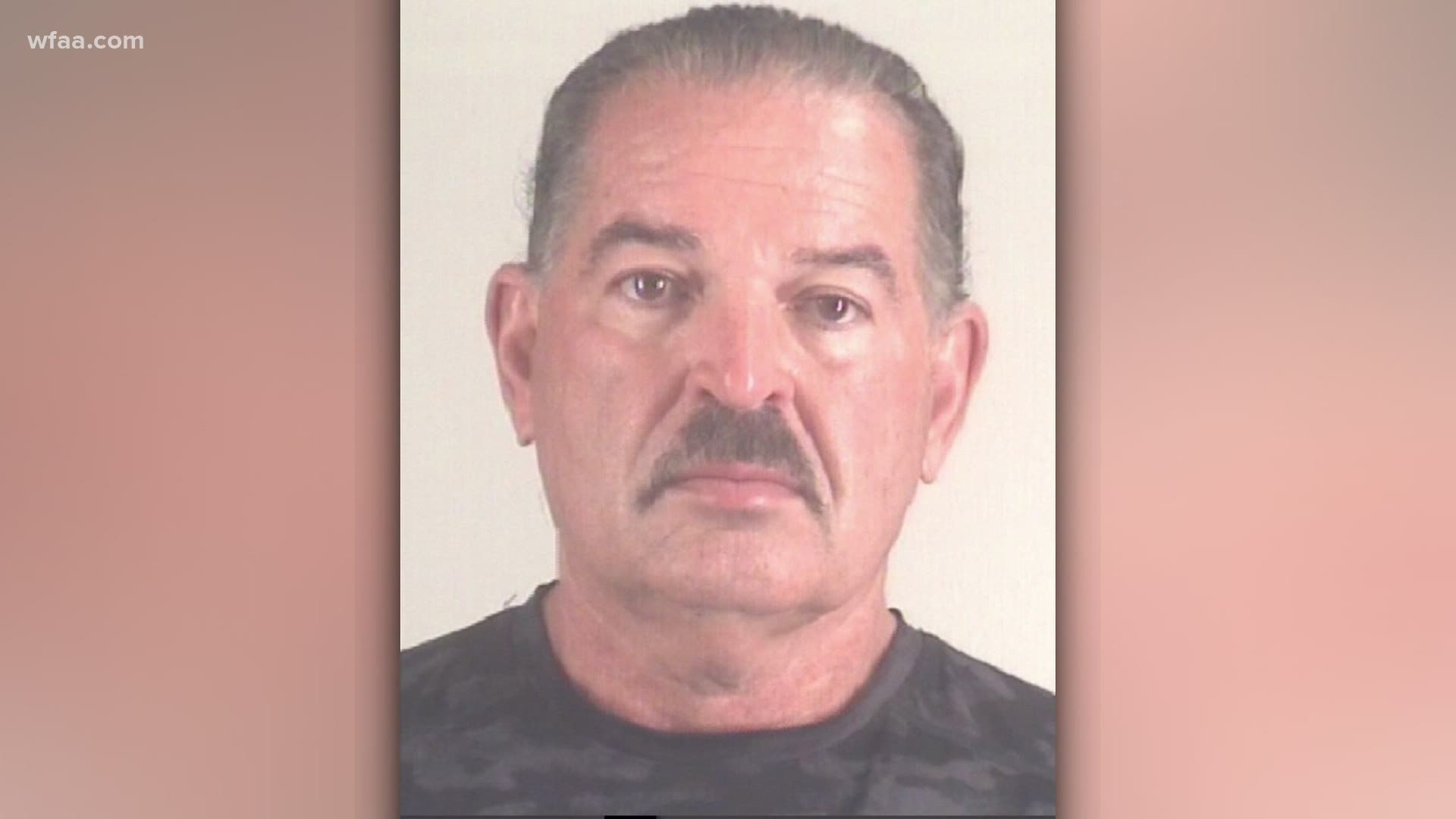 Jeffrey Rogers, 60, was arrested on June 24 in connection with the death of 41-year-old Traci Leigh Jones of Dublin, Texas, authorities say.

He tried to get rid of Jones' body by placing it in a container and leaving it in a Tennessee lake, court documents state.

“I have the pieces to the puzzle you need,” he said during an interview with homicide detectives, according to the affidavit.

Jones' body was found inside a black 50-gallon Craftsman tote box. The tote box had multiple holes drilled into it and was zip-tied shut, an affidavit states.

According to the affidavit, the container was found floating in the Kentucky Lake near the state line of Tennessee.

The Kentucky Medical Examiner’s office ruled Jones's death a homicide and said it was believed that her body was dumped in Tennessee which then floated into Kentucky.

An attorney from Stephenville said Jones contacted him in April 2020 regarding a dispute she was having with Jeffrey and his wife Tammy Rogers.

According to the attorney, Jones and the married couple were involved in making pornography videos together through the Rogers' company called Circle V Entertainment.

Jeffrey shared a bank account with Jones and would pay for sex via Venmo, court documents state.

The attorney said Jones was scared of the couple.

The attorney also said he believed the couple would be motivated to hurt Jones for the purpose of preventing her from releasing information held between the three of them, the affidavit states.

According to the affidavit, Jones had previously contacted local media outlets and the Arlington Independent School District about the "demise of the relationship between them."

Jeffrey's wife, Tammy, was an employee with Arlington ISD from August 1989 through May 2020 until she resigned from her position, the district confirmed to WFAA.

The attorney last heard from Jones on June 1.

Jones was staying with a friend but was last seen leaving the residence around 5:30 p.m. June 16, police say.

Jones’ friend says she believes Jeffrey picked Jones up on the road somewhere and left with her, the affidavit says.

The same day Jones went missing, Jeffrey allegedly told his wife he was going to Dublin to meet Jones to pay her.

According to court documents, Tammy says she didn’t know how much Jones was going to get paid but suspected her husband and Jones were going to have sex.

Jeffrey left in his pickup truck and did not respond to three different text messages Tammy sent him that night. Tammy allegedly stayed up all night waiting for him to return home, but Jeffrey didn’t return until 6:45 a.m. the next morning, the affidavit says.

Once Jeffrey returned home, he loaded items into the pickup truck, and the couple left to Kentucky to visit Tammy’s dad who recently had open-heart surgery, the affidavit says.

Police officials say footage from multiple surveillance cameras showed the back of the pickup truck holding the tote box in which Jones' body was in.

According to the affidavit, Tammy had told detectives that Jeffrey had left her parent’s house that morning and didn’t return until around 12 p.m.

The video also showed Jeffrey loading a container covered with a blanket onto the front of the boat, in which he departed the marina, police say.

According to court documents, on the afternoon of July 1, investigators met with Jeffrey at the Tarrant County Sheriff’s Office.

It was during this interview that Jeffrey admitted he killed Jones after leaving a Holiday Inn in Stephenville, the affidavit says. He said Jones was alive when she left the hotel with him around 4 a.m. on June 17.

According to the affidavit, Jeffrey said he then became scared of Jones. During the interview, Jeffrey said discarding Jones’ body was “dishonorable."

Police say he wanted the charges in Tennessee to “go away” in exchange for details on how he killed Jones.

“I want to tell you why and how I did it,” but after Tennessee drops charges," he said, the police documents say.

“I own it and Tammy had nothing to do with it,” he said, the affidavit says.

According to the affidavit, Jeffrey told police he continued to pay Jones and negotiated money with her until her death.

“I have the pieces to the puzzle you need,” Jeffrey told police. He says no one was around when he killed Jones and that he texted her after the killing to “throw off” investigators.

Authorities in Kentucky and Tennessee say during their investigation they seized drill bits and tool marks that matched the material on the lid found zip-tied over Jones’ body in the black tote, records show.