Is it legal? Texas crime labs to begin THC testing to identify hemp vs. marijuana

New technology to test for THC in plant and oil-based products will be available for law enforcement as early as March. 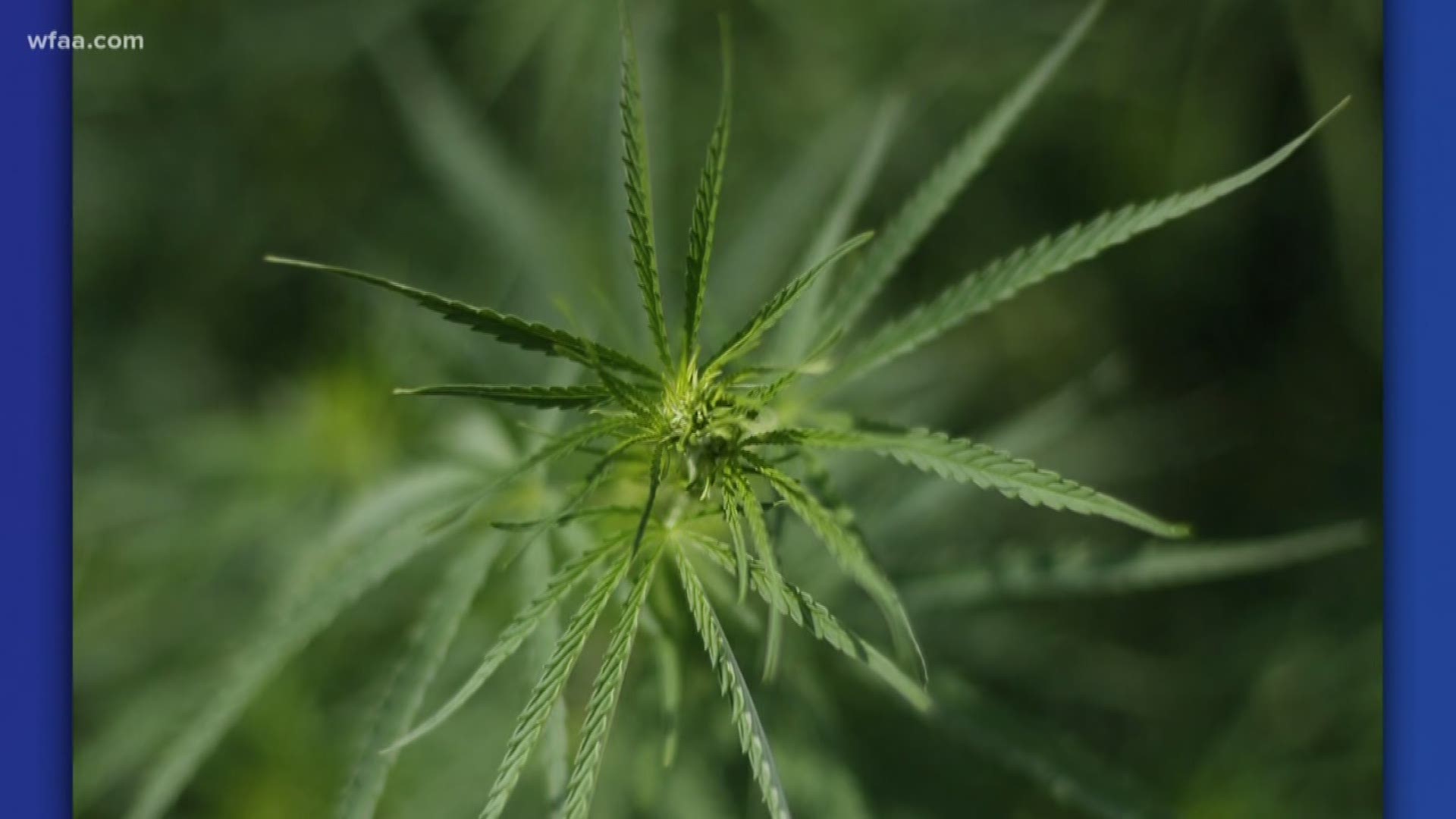 DALLAS — The Texas Department of Public Safety will be able to test oil and plant-based products to determine whether they are legal hemp or marijuana starting in March, according to a North Texas police chief.

Harvey told WFAA about the new testing on an episode of Y'all-itics.

THC, or tetrahydrocannabinol, is the psychoactive chemical in cannabis plants that gives the sensation of being high.

When the Texas Legislature passed House Bill 1325, the Hemp Farming Act, in 2019, it legalized hemp products in Texas. Those legal hemp products contain 0.3% or less of THC. Anything over that concentration is considered illegal marijuana.

Even when the state starts testing for THC in March, law enforcement will still have a dilemma.

Officers, who have to use probable cause to determine the likelihood that a person is carrying marijuana and not hemp, still follow through with arrests.

The cases must wait to be adjudicated until lab results determine whether the person was carrying hemp or marijuana.

The U-Haul full of hemp

There are hundreds of samples that Allen police officers have confiscated since hemp was legalized that are awaiting potential testing, Harvey said.

It's not clear if it's even possible to track the number of pending cases across the state waiting for testing, the police chief said.

Most district attorney's offices were still taking the cases.

"That's created more of a backlog. And we'll be giving them more cases when testing begins in March. DPS has their work cut out for them," Harvey said.

RELATED: Marijuana prosecutions in Texas have dropped by more than half since lawmakers legalized hemp

Even when DPS has the capacity to measure THC, the lab is likely to be swamped with samples sitting in evidence rooms across the state.

The Dallas County District Attorney's Office said the office was aware this new testing equipment was in process but referred WFAA to Texas DPS for more specific information.

WFAA has requested information from Texas DPS about when, specifically, the testing will begin and how fast they will be able to process all of the cases that are in waiting. The department has not yet responded.