The victim has been identified as 32-year-old Lauren Whitener of Lake Bridgeport. 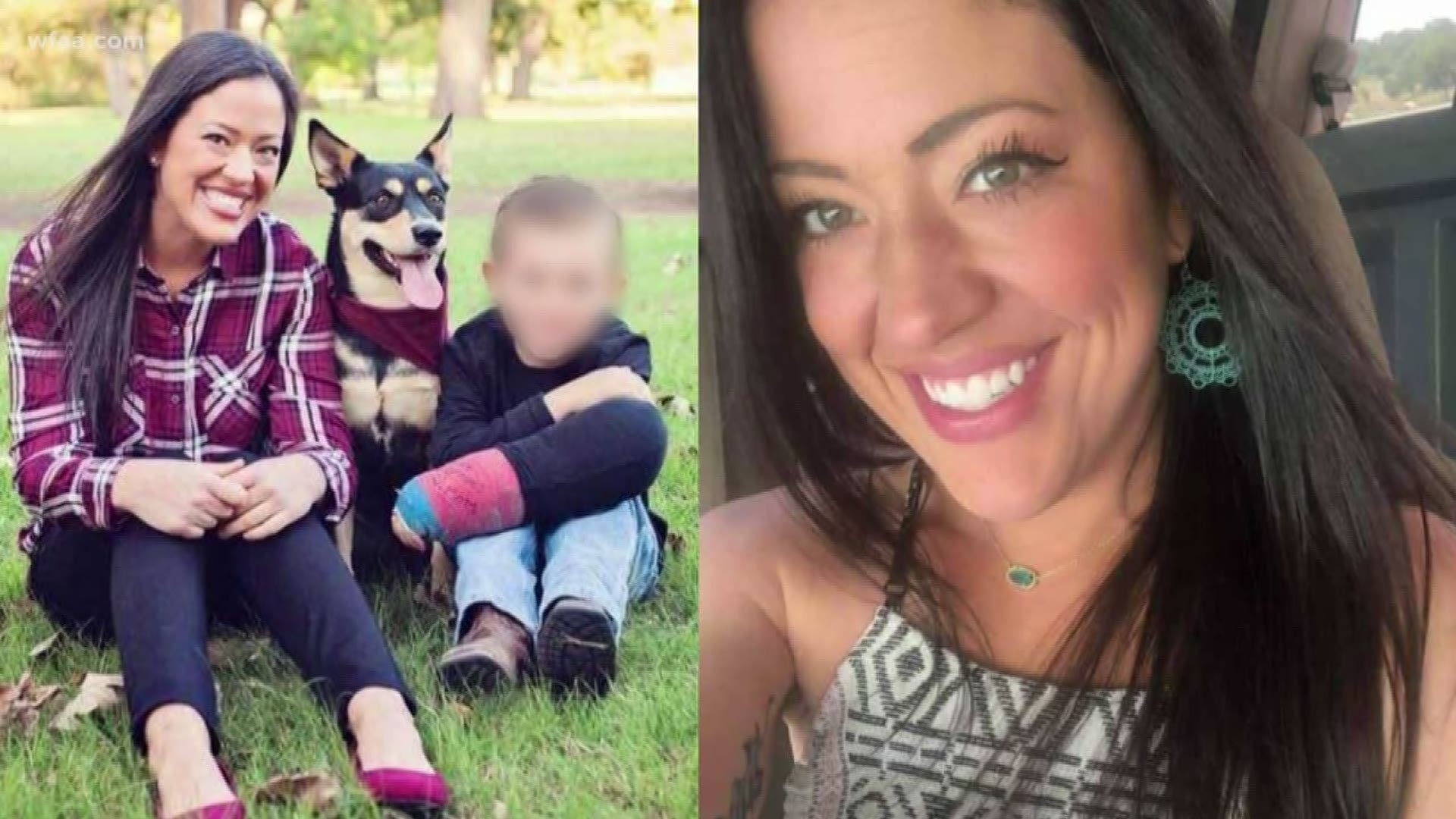 LAKE BRIDGEPORT, Texas — In the middle of the night exactly one week ago, Helen Capehart and her husband woke up to the smell of smoke.

"We came to the conclusion it was coming from our next door neighbor so he called the fire department," Capehart said.

We now know that inside that burning Lake Bridgeport home was the body of 32-year-old Lauren Whitener. Family told WFAA she was an Army veteran, a surgical tech and a mother.

"She had a child, a son who I believe is 8. He was not there, thankfully," Wise County Sheriff Lane Akin said.

Akin said his deputies and arson investigators got straight to work and interviewed dozens of people.

"It's a complex case," Akin said-- one that has now deepened. The sheriff's office already knew that Whitener's death was suspicious. But the sheriff says the medical examiner confirmed she died before that fire was set.

"In this situation, we have a woman who was murdered," Akin said. "And by all appearances, the murderer then set the house on fire in hopes of destroying all the evidence."

He says it's a capital murder case and doesn't believe this crime to be random.

But Whitener's mother, Julie Johnson, told WFAA she has no idea who would do this to her daughter, who she called a wonderful, loving mother.

"It's a horrible tragedy," Johnson said. "But I know my daughter is with Christ and I feel really, really sorry for the person who did this because they'll have to live with this forever."

"We're going to continue to work tirelessly on this thing until we have answers for the victim's family," Akin said.