Dallas Firefighters Association is outraged by a notice received on Wednesday, saying clean gear is essential to the preventing cancer for firefighters. 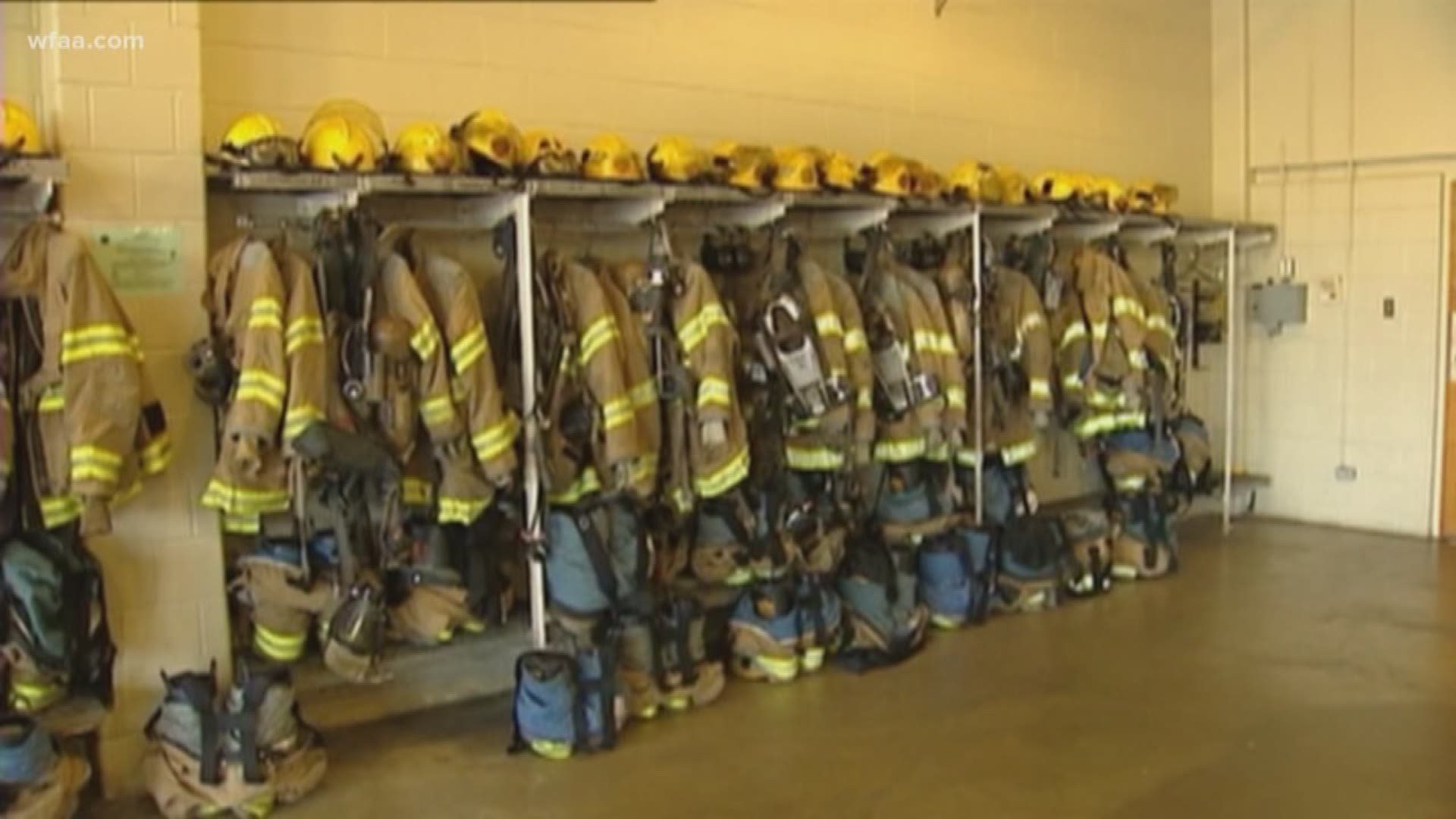 DALLAS — The list is growing of Dallas firefighters who have died from cancer.

"It's the number one killer of firefighters," Jim McDade said.

He's been with Dallas Fire-Rescue for 14 years and is President of the Dallas Firefighters Association.

McDade said it's a risk firefighters take with so many carcinogens during fires. Firefighters often inhale and absorb chemicals over the years that can lead to cancer.

All Dallas Fire-Rescue members received a notice on Wednesday:

"Effective immediately and until further notice, Gear Cleaning Solutions (GCS) will no longer be picking up personal protective equipment (PPE) for cleaning. An updated schedule will be provided as soon as possible.

Any member that has PPE in need of cleaning, should seek out the nearest station with an extractor. If it is not possible to utilize the extractor, please contact the Clothing and Supply PPE Captain […] or contact the on duty Shift Safety Chief […] for loaner gear."

Only 11 of 58 Dallas fire stations have extractors.

McDade said, "It's because of the city's inability to pay their bills on time." He believes there are months of overdue bills to Gear Cleaning Solutions.

"It's 100 percent unacceptable to the firefighters that are working every day on the streets."

The problem of unpaid bills is bigger than Dallas Fire-Rescue.

RELATED: Why is the Dallas Police Department not paying some of its bills?

WFAA recently uncovered similar problems with the Dallas Police Department, including incomplete investigations, lack of computers in the jail and overdue bills for the canine unit.

He is frustrated and is demanding the city prioritizes first responders.

For the Dallas Firefighter's Association, it's personal. Multiple Dallas firefighters have died from occupational cancer, and another name will be added to a wall of fallen firefighters in two months.

McDade said there are 33 active Dallas firefighters currently battling cancer, and knows clean gear is one way to help prevent more in the future.

WFAA reached out to Dallas Fire-Rescue, the city of Dallas and Gear Cleaning Solutions. No comments were provided at the time the story aired on TV Thursday.

“The City of Dallas and the Dallas Fire-Rescue Department (DFR) remain committed to maintaining strong partnerships with its vendors. Please note, no contract with Gear Cleaning Solutions was canceled. There was a contract that expired within the last month; however, the extension was already underway and is going through the administrative approval process. As a part of the prior contract, roughly $3 million in funds remain for any services and invoices that need to be processed under the newly extended contract. DFR continually works to keep every member safe while responding to calls for service.

As mentioned above, after the necessary paperwork was received about three weeks ago from the vendor agreeing to extend the contract, the approval is underway through administrative action and all invoices will be paid.”