Police have identified the suspect as 29-year-old Jose Mancha-Solis. 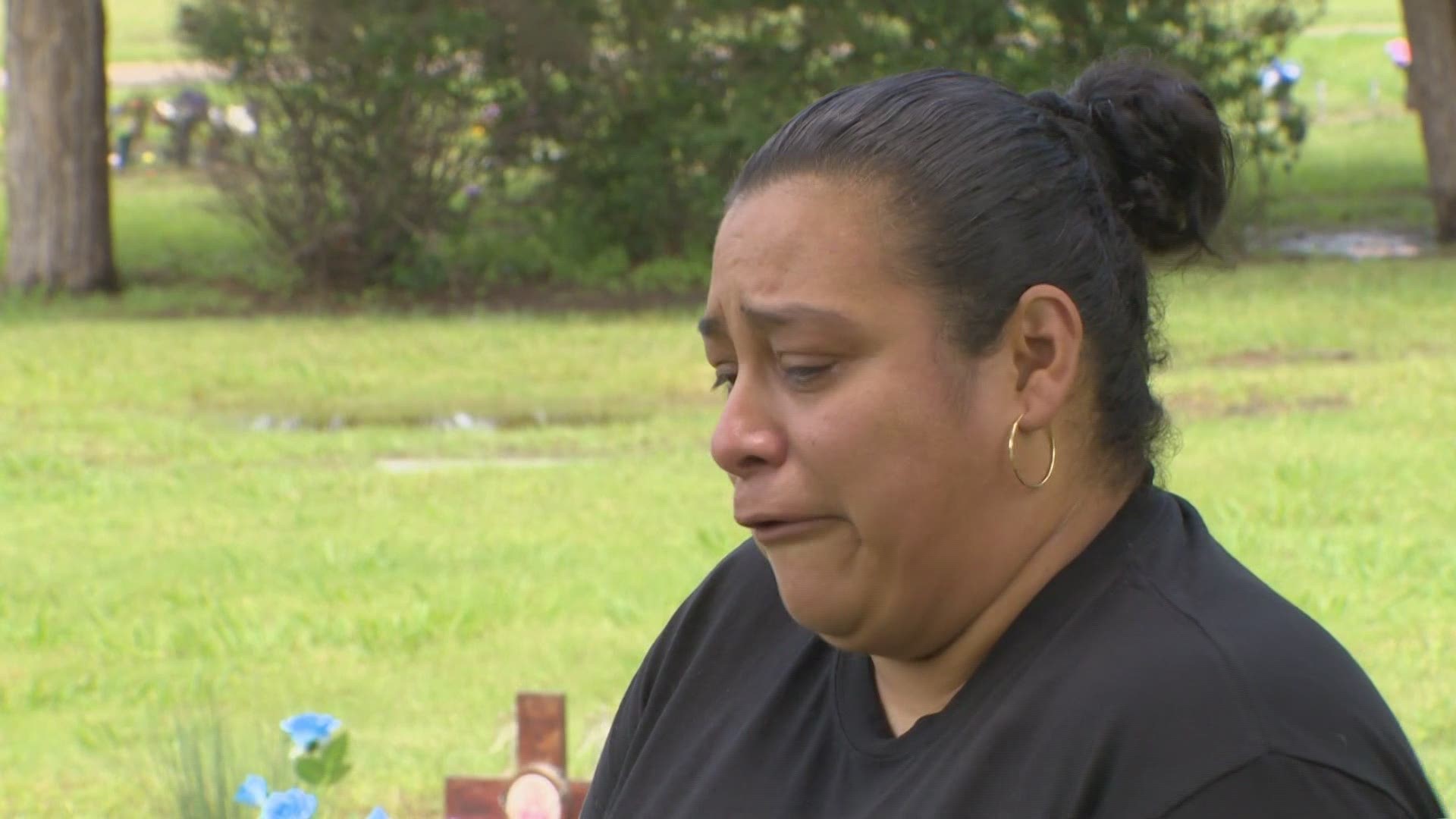 DALLAS — It only lasted a few seconds, but when it was over, 16-year-old Sara Alvarez had been shot in the back.

Police recovered video of the shooting from a surveillance camera in the suspect's own apartment.

At first, you see a man shooting a weapon in the parking lot and then he takes off running.

Then you see a man on a balcony fire several shots.

Sara, an innocent bystander who was visiting cousins, was caught in the crossfire.

"It's difficult for me to talk about her because I found my daughter facedown and she was hit by a bullet in the back. I found her and turned her over. We looked at each other but she was already gone," Janet Valleza said.

Valleza is Sara's mother. She’s been to her daughter’s grave every day since she was killed last August.

She vows to keep going until her killer is caught.

"I come to see her every day because I feel better being here,” Valleza said.

Police have identified the suspect as 29-year-old Jose Mancha-Solis.

He’s been on the run since the day of the shooting.

Statistics show the Dallas police homicide unit clears about 84% of their cases, but the Crimes Against Persons Unit is overwhelmed with shootings and homicides.

Just this past weekend there were several homicides, and five people, including a child, were shot Friday night.

Police fear more gun violence after a new state law was passed allowing people to have guns without a license. Dallas Police Association President Mike Mata talked about it recently on Y'all-itics.

"I think they thought if we give everyone a gun that will lower crime. Well no you just gave a deadly weapon to individuals who are already fighting,” said Mata.

Police say catching Mancha-Solis would be one less violent person with a weapon on the streets and one step closer to justice for Sara Alvarez.