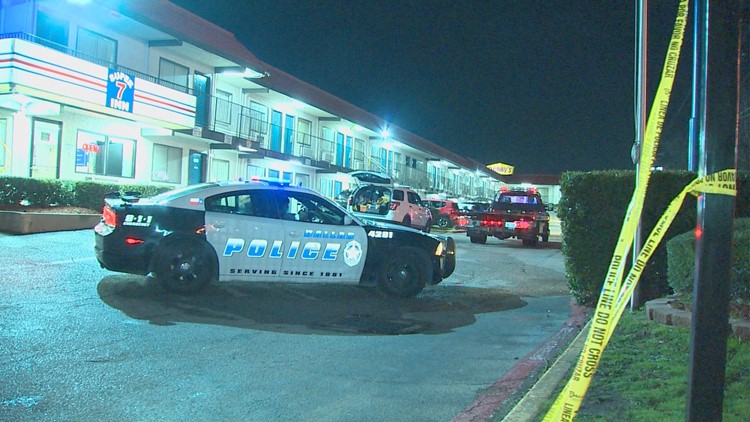 A 46-year-old man was found fatally shot Tuesday night inside a room at the Super 7 Inn in the Red Bird neighborhood, Dallas police said.

Officers were responding to a shooting call at the motel shortly after 10 p.m. when they found Anthony Burks, 46, had been shot inside a room.

He was taken to a local hospital and pronounced dead, according to police.

Two men ran away from the scene, police said, and are considered suspects in the case.

Police are investigating the fatal shooting as a murder.

Anyone with information is asked to email Detective Olegario Garcia at olegario.garcia@dallascityhall.com.

Crime Stoppers will also pay up to $5,000 for information that leads to an arrest and indictment. Those with information can call 214-373-8477.