Authorities said a 38-year-old man will be charged with intoxicated manslaughter. 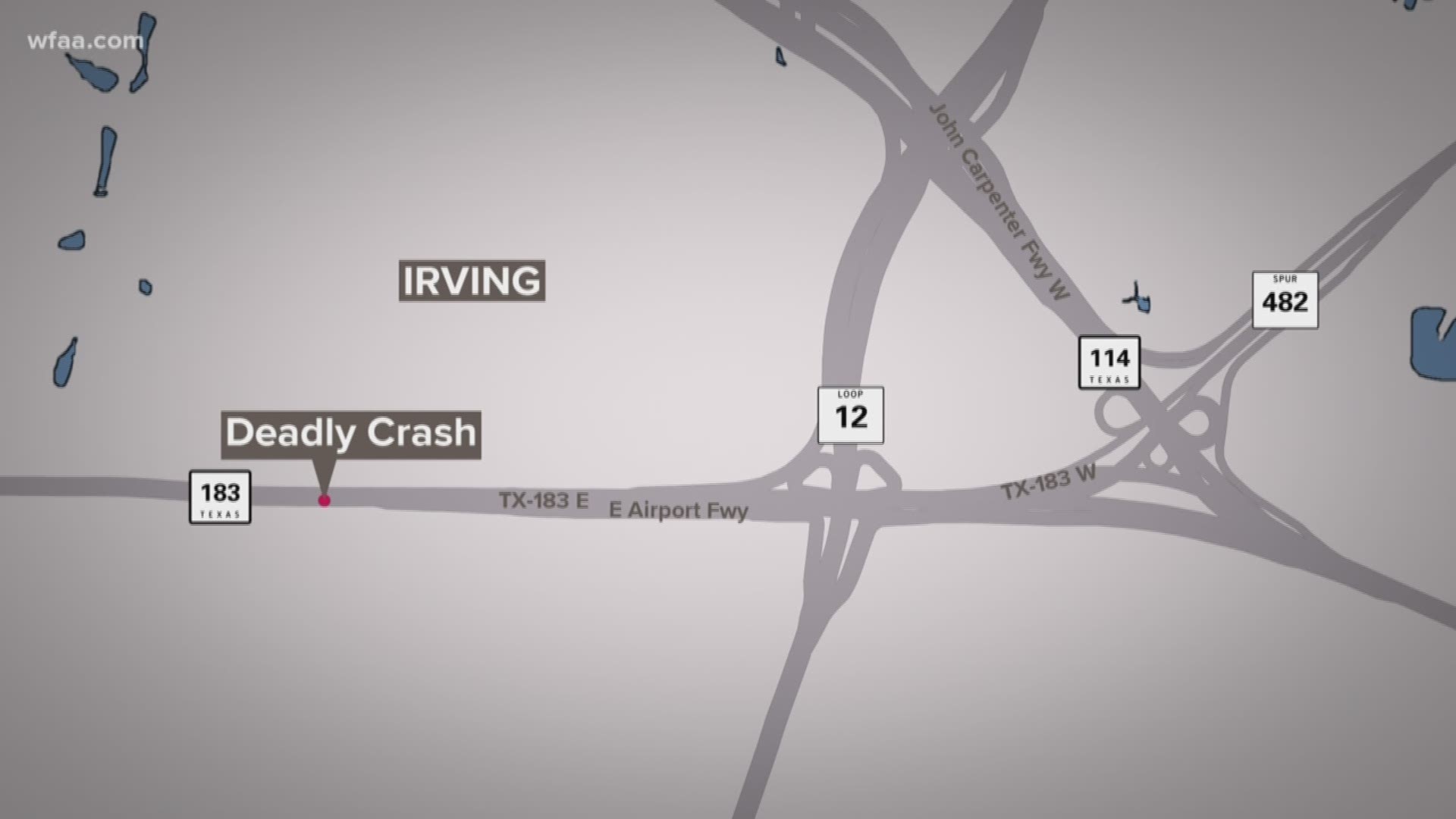 DALLAS — This story has been updated since the highway has reopened and to include information on the suspect and victim who died.

One person was killed in crash caused by a suspected drunken driver Tuesday night.

Westbound State Highway 183 near O'Connor Road was shut down for several hours Tuesday night due to a fatal multi-vehicle accident that occurred around 7 p.m.

Authorities say a tow truck driver, later identified 22-year-old Joshua Henao, was on the shoulder of the road assisting a stranded motorist when the alleged drunken driver crashed into them.

Henao was pronounced dead at the scene.

At that point, another driver was unable to avoid the crash scene and also wrecked into the vehicles.

The suspect, 38-year-old Edgar Zavala-Asturias of Irving, has been arrested and faces an intoxicated manslaughter charge and an accident involving death charge.

No other injuries were reported in the crash.