Authorities said a person died after their vehicle was struck by the alleged stolen pickup truck involved in the chase. The victim's name has not been released. 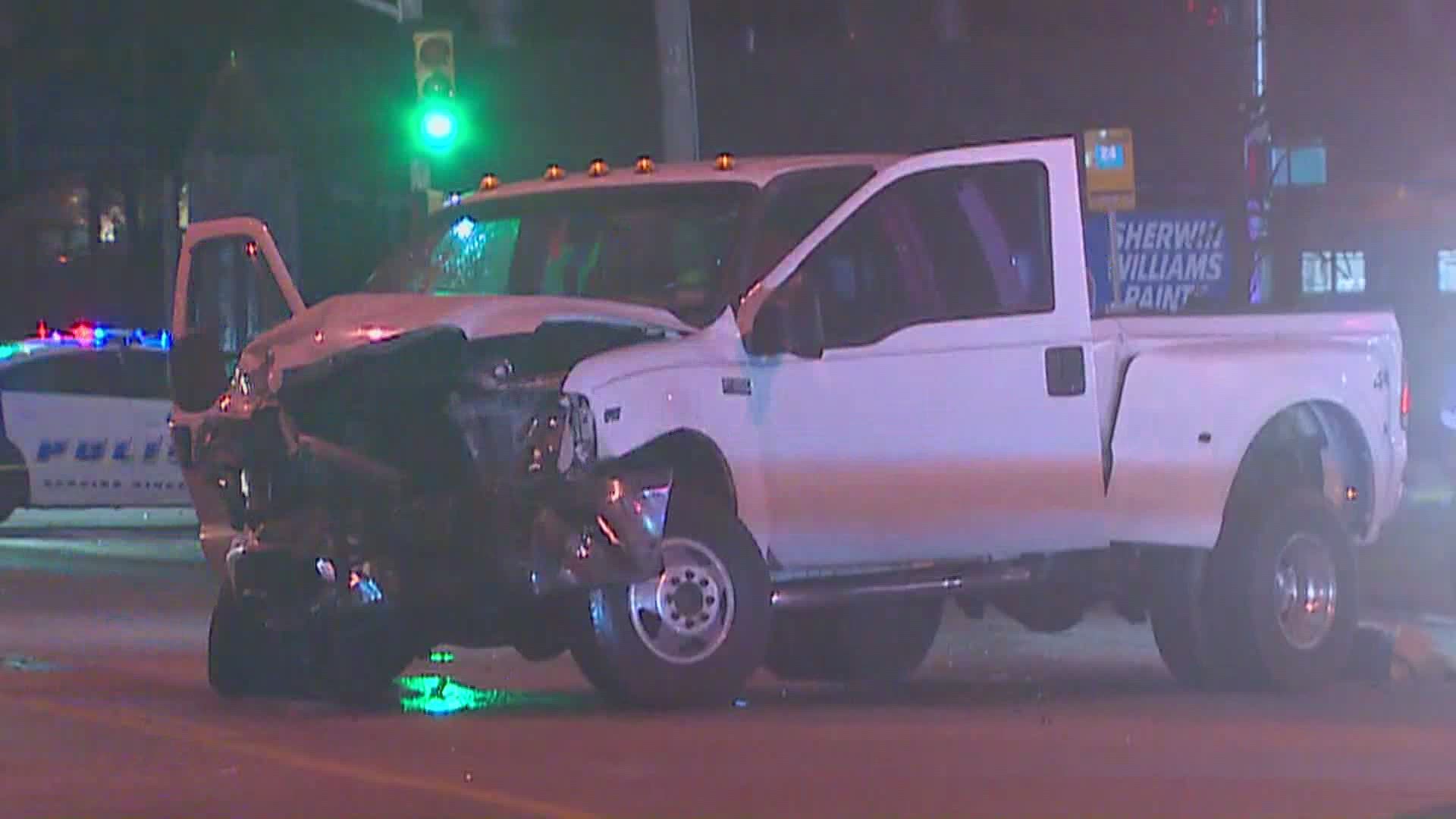 Two people were arrested Friday morning after they led Grand Prairie police on a chase that ended in a deadly crash in Dallas, authorities said.

Grand Prairie police said the chase started around 2 a.m. after a driver in an alleged stolen truck near Pioneer Parkway and Belt Line Road fled from officers.

Authorities said the pursuit ended when the driver of the pickup truck ran a red light and struck a 4-door sedan at North Peak Street and Ross Avenue in Dallas. Officials said the person in the vehicle that was struck died. Their name has not been released at this time.

According to Grand Prairie police, the driver of the pickup truck has been identified as 18-year-old Ramiro Sotelo of Balch Springs. A juvenile passenger was also arrested at the scene.

Authorities said both suspects were not injured in Friday's crash.

Sotelo faces several charges including murder, unlawful use of a motor vehicle, and evading arrest.

"It's a tragedy that the suspect driver took an innocent life. No officer ever wants this outcome. The Grand Prairie PD will pursue all appropriate charges to hold this suspect accountable. Our thoughts and prayers are with the victim's family."

A stolen truck leads Grand Prairie Police on a chase that ends in a fatal crash miles away in Dallas. The truck struck a car at Ross and Peak killing the driver of that vehicle. pic.twitter.com/wy8zoHCrw0

Unfortunately someone NOT involved in the police chase was killed when the pickup truck police were chasing crashed into their vehicle. The individual was driving the silver vehicle currently being towed away. ROSS STREET IS CLOSED from Ashby to Peak. @News8Daybreak @wfaa pic.twitter.com/UdEFpvhTp8