On Oct. 20, 2017, police found 20-year-old Jocelyn Sarabia-Marlon in the front yard of her home suffering from a gunshot wound. 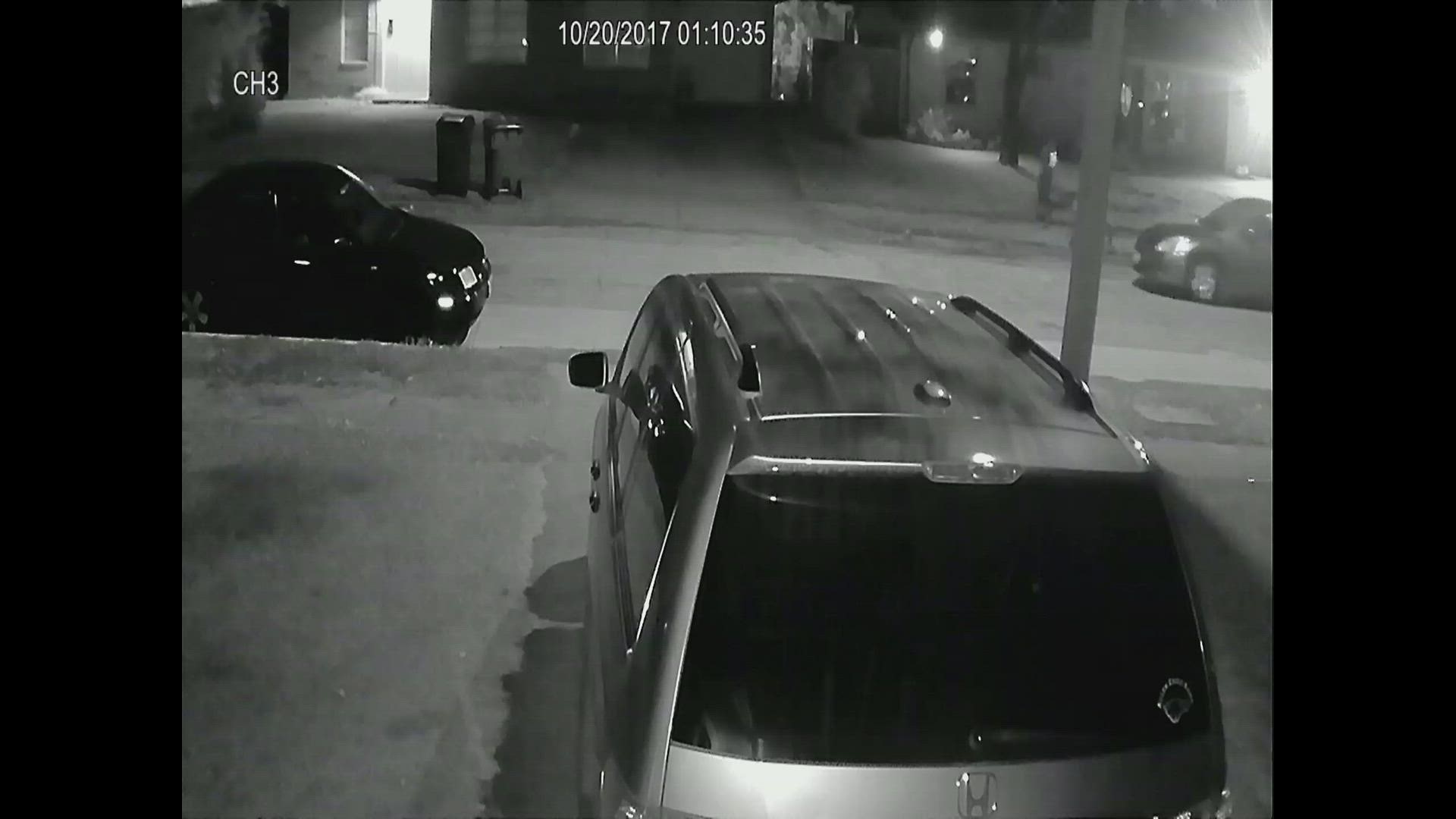 GARLAND, Texas — On the 4-year anniversary of a young woman's death, Garland police are releasing new information in an effort to generate new leads.

Wednesday, the Garland Police Department released surveillance video of a possible suspect vehicle and persons of interest in the unsolved murder case.

On Oct. 20, 2017, shortly before 1:30 a.m., Garland police officers responded to a reported shooting in the 900 block of East Linda Drive. When officers got there, they found 20-year-old Jocelyn Sarabia-Marlon in the front yard of her home with a gunshot wound.

Police said Sarabia-Marlon was transported to a local hospital, but she was later pronounced dead.

If anyone has information about the death of Sarabia-Marlon, they are asked to call the Garland Police Department at 972-485-4840.

Tips can also be submitted anonymously to Garland Crime Stoppers at 972-272-8477 or www.garlandcrimestoppers.org. Crime Stoppers is also offering a reward of up to $5,000 for information leading to an arrest or indictment.