Operation in southeast Dallas leads to 47 arrests, over 100 guns and $1.8 million in cash seized, officials say

The operation happened over 90 days in the Pleasant Grove area by Dallas police, ATF and Texas DPS. 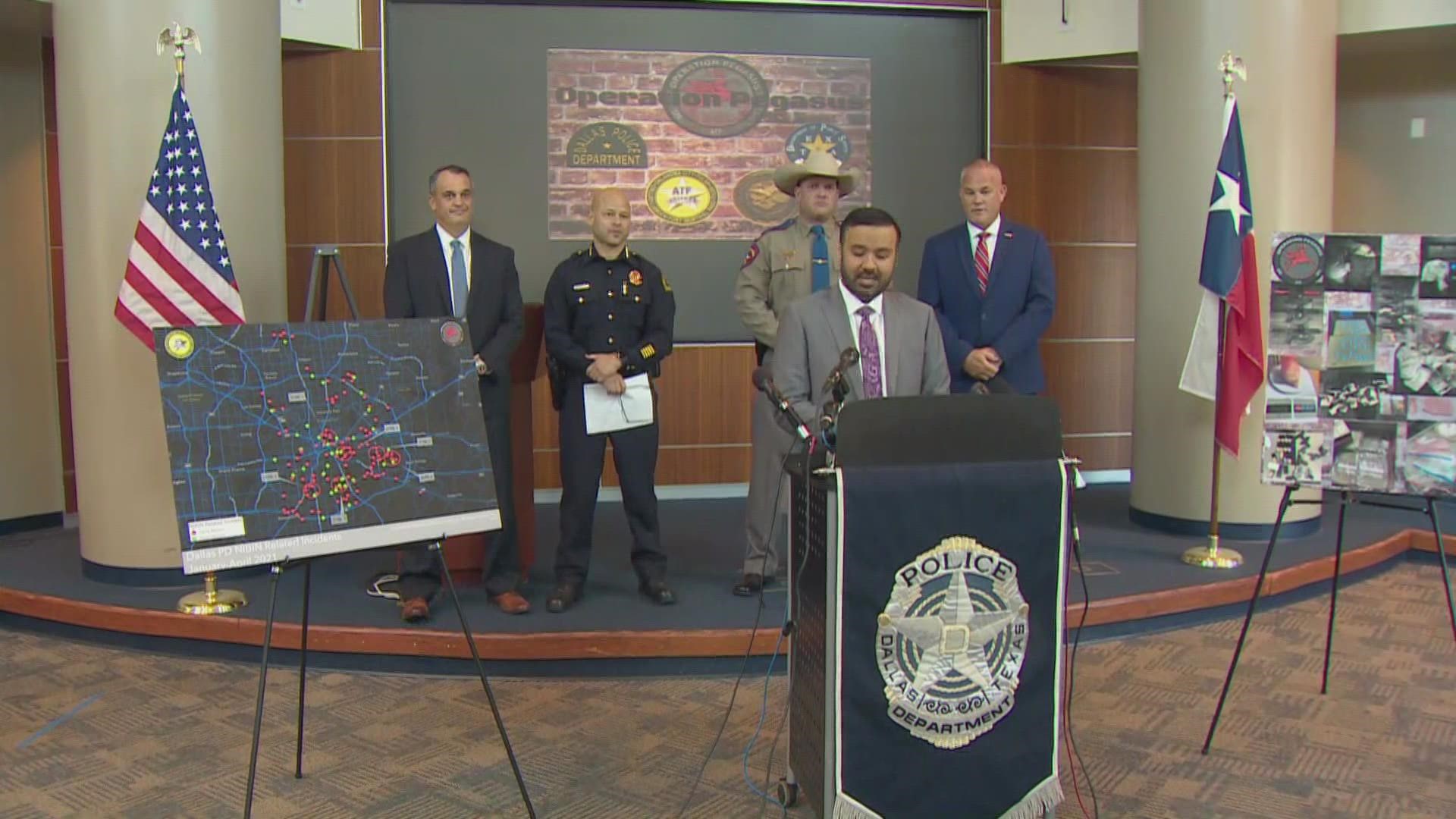 DALLAS — An operation by the Dallas Police Department and federal partners in southeast Dallas led to at least 47 arrests and the seizures of over 100 guns and $1.8 million in cash, officials announced Thursday.

A news conference was held Thursday morning by Dallas police, the Bureau of Alcohol, Tobacco, Firearms and Explosives (ATF), and Acting U.S. Attorney for the Northern District of Texas Prerak Shah to announce the results of an initiative called "Operation Pegasus."

According to officials, the operation was focused on curbing gun violence in the Pleasant Grove area of southeast Dallas. Shah and Garcia said data from federal officials led authorities to focus on that particular area of the city.

"The southeast Dallas Pleasant Grove area has experienced a high concentration of of violent crime. Therefore, narrowing in on this area makes most impact in the short 90-day operation period," Garcia said.

Jeffrey Boshek of the ATF's Dallas Division said the operation involved 117 undercover operations. In those 90 days, 47 arrests were made and over 100 firearms, along with large amounts of drugs, were seized.

"We know that it's few individuals that cause a majority of the crime, and in order for the vast majority of our residents that live in Pleasant Grove that live in fear to live their lives without these criminals is very important," Garcia said.