There are only 12 homicide detectives with the Dallas Police Department. More are needed. 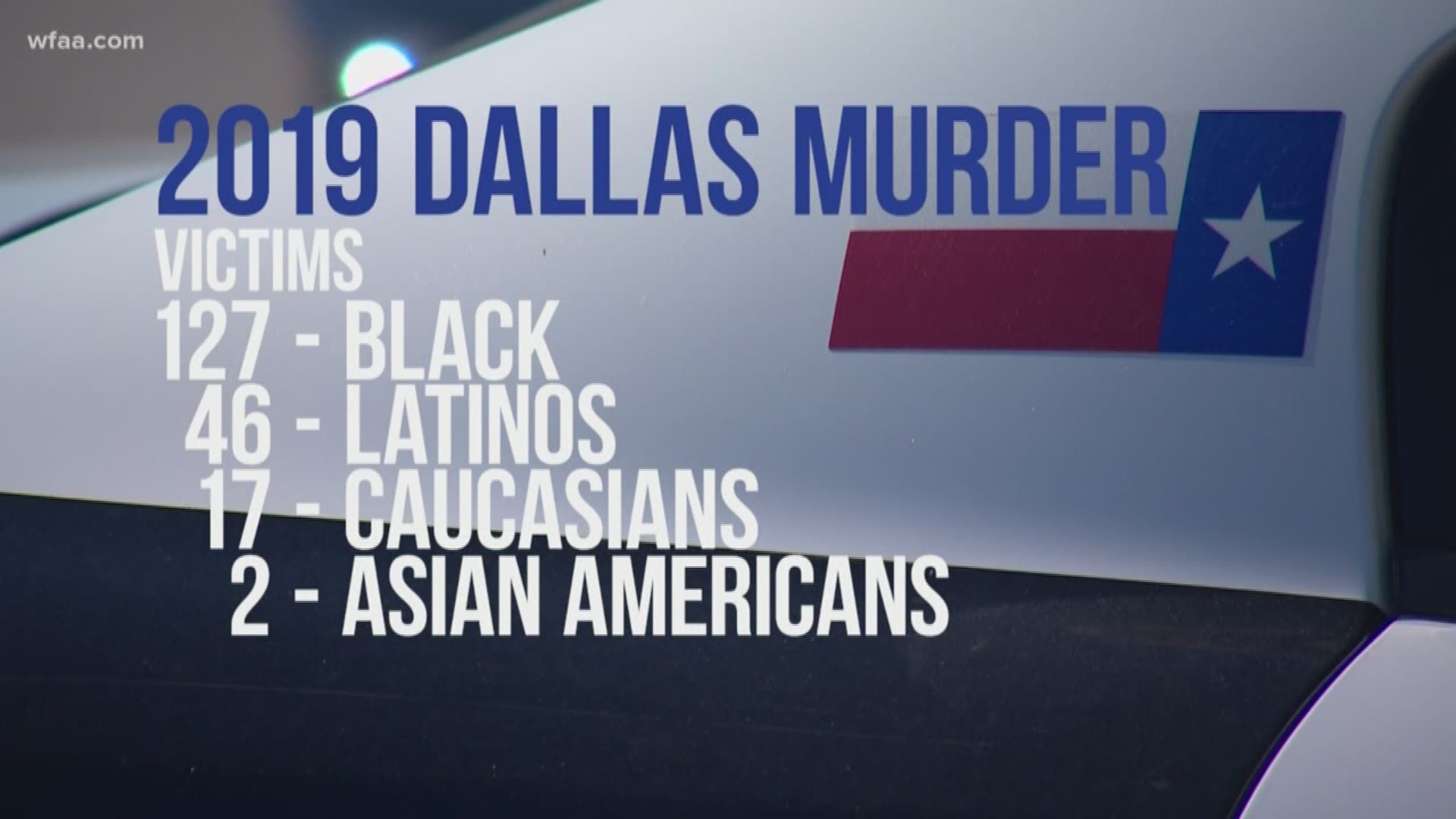 DALLAS — It was another violent weekend in Dallas with three killed in the city.

Among the victims was a 24-year-old woman found shot to death inside her car parked outside her home.

Dallas is on pace to have at least 200 homicides this year. That hasn't happened in more than a decade.

"We are trying to do as much as we can,” said Sheldon Smith, the president of the National Black Police Association. "The department is very busy trying to investigate and respond to these types of calls."

There was also a shooting death over the weekend at a train station in Deep Ellum, which DART police is investigating.

Smith says he is alarmed at the number of African American victims and suspects.

"I think our community has to be more vigilant in our fight against violent crime and reporting those crimes,” Smith said.

One-hundred-and-twenty-seven of the 192 homicide victims in Dallas were black, 46 were Latinos, 17 white and two Asian Americans.

Kenneth Washington's nephew, Chris Washington, was the man killed at the DART station after an argument on a train spilled out onto the platform.

"This is senseless and tragic," he said of his nephew's death and the shooter's actions. "Your life is gone and my nephew's life is gone. Two people that have just been taken out of society for a senseless argument."

The suspect in Washington's case is also African American.

"All this needs to stop," Washington said. "It's actually senseless. These youngsters going around killing each other, and for what?"

Smith says the Dallas Police Department is understaffed and there aren't enough officers to keep the streets safe.

Currently, there are only 12 homicide detectives and they need more.

He says police can't fight crime alone and it's going to take the help of communities to lower the violent crime rate.

Here is a look at the City of Dallas murder rate over the years: