6-year-old boy was regularly locked inside a shed in Dallas, arrest warrants allege

Officers said the boy had been "locked in the pitch-black shed... for an extended period of time with no food or water" when they found him, two affidavits state. 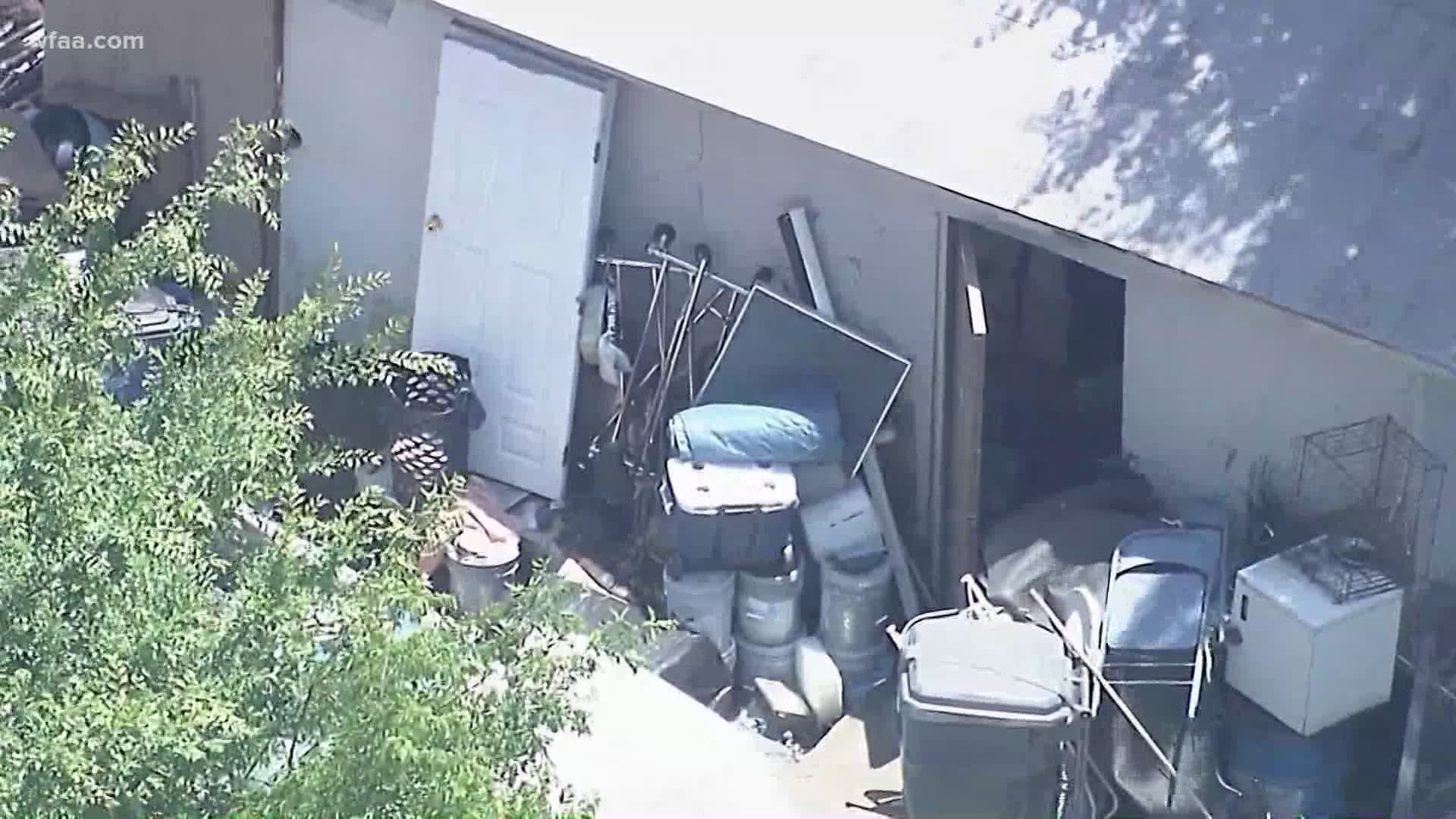 A 6-year-old boy who was found tied up and locked inside a shed behind a southeast Dallas home suffered abuse for at least two weeks before he was rescued Sunday night, court records show.

Two people, 53-year-old Esmeralda Lira and 64-year-old Jose Balderas, were arrested on felony charges of child endangerment in connection with the boy's condition.

Arrest warrant affidavits say the pair has been in a dating relationship for nine years but did not say how they are related to the boy.

Two officers responded to a call around 11 p.m. Sunday at a house in the 1100 block of Coston Drive near Lake June Road. A witness had reported there were three children tied up at the house with no food, according to the affidavits.

Lira let the officers inside the home, and the officers saw two children sleeping in a front bedroom of the house.

The officers continued to search the house for the third child but did not find him, so they went into the backyard, where there was a trailer and a shed.

A man in the trailer told officers he had heard a child in the backyard.

The shed was padlocked. One of the officers knocked on the door and heard a knock in response and a voice inside, according to the warrants.

Lira gave officers the key to the padlock.

When the officers opened it, they found the 6-year-old boy "standing alone in the pitch-black shed in a blue storage bin with his hands tied behind his back with shoelaces," the warrants state.

The boy had been locked in the shed "for an extended period of time with no food or water," according to the affidavits.

The officers then picked him up, "carried him to safety" and untied the shoelaces. The boy's wrists both had ligature marks, officers noted in the affidavits.

The boy was taken to the Dallas Children's Advocacy Center along with the other children found in the home, who are his 7-year-old sister and 4-year-old brother, according to Child Protective Services.

During an interview, the boy told investigators that it was not the first time he had been locked in the shed. He was regularly locked inside the shed at night and when Lira would leave the house, the warrants say.

Lira would also allegedly tie up his wrists and tell him "he is bad," as well as kick him and grab him by the ears, according to the affidavits.

The boy told investigators he was not allowed to go in the house and was given a plastic bag to use when he needed to go to the bathroom. There were rats and insects inside the shed, which was filled with items from the floor to the ceiling when the officers found the boy, the court documents say.

Balderas told investigators the boy was locked in the shed for at least two weeks. While he knew what Lira was doing, he said he "did not want to be a part of the situation," the warrants state.

CPS officials said all three children have been placed in foster care as of Monday.

Lira and Balderas have both been booked into the Dallas County jail. Bail has been set at $100,000 for both people, but they each have immigration holds. Balderas also has three outstanding warrants against him from Dallas police.