Man charged with capital murder in 2-year-old's death admitted to beating him because child wiped feces on him, police say

Arturo Santiago Pena-Almanza Jr. faces a charge of capital murder of a child under 10 years old in the death of Jeremiah Degrate Rios, police said. 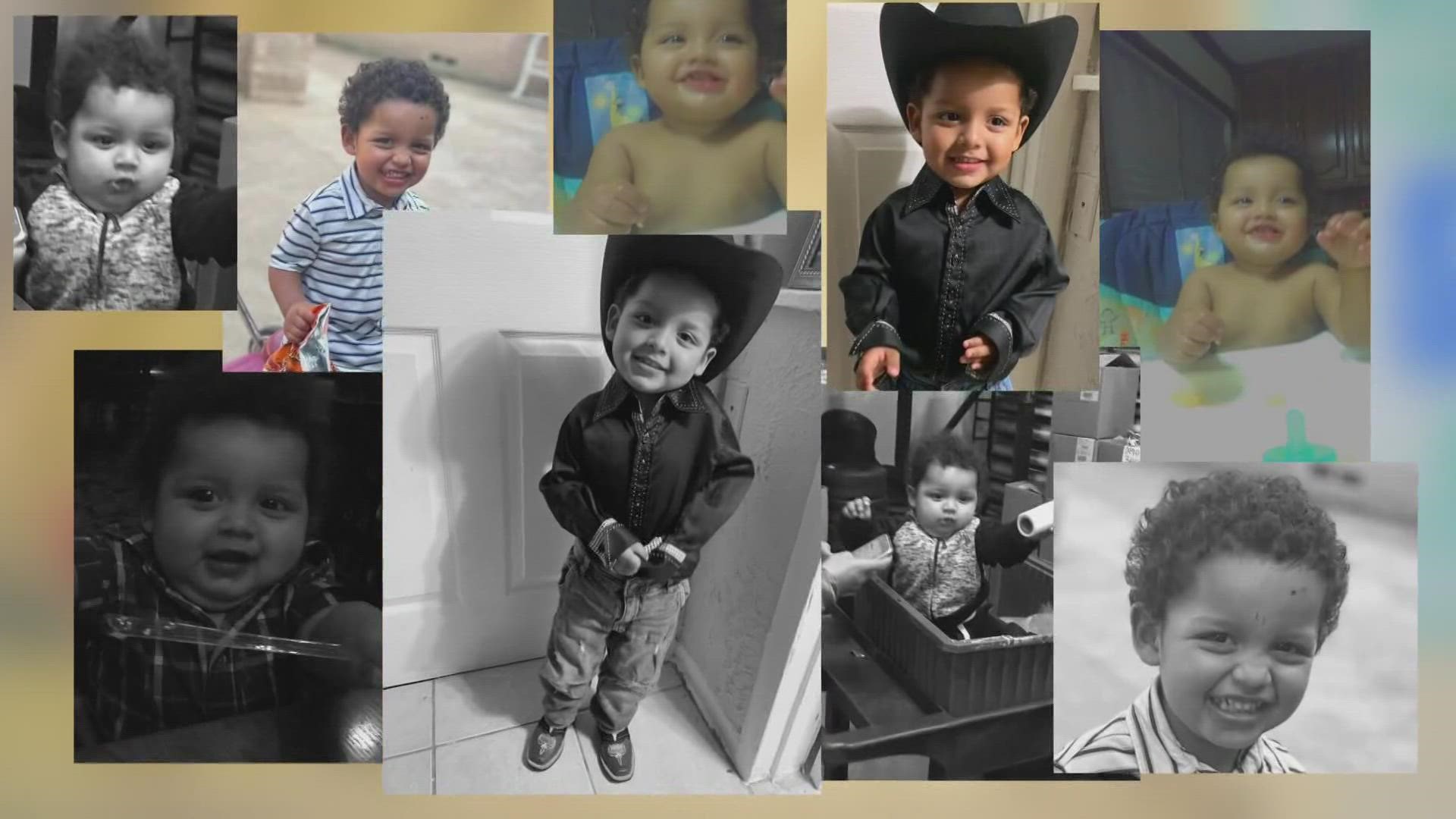 IRVING, Texas — A 23-year-old man has been arrested in the killing of a 2-year-old boy in Irving, police announced Friday.

Arturo Santiago Pena-Almanza Jr. faces a charge of capital murder of a child under 10 years old in the death of Jeremiah Degrate Rios, according to a police news release.

Police said officers responded around 9:30 a.m. Tuesday to a home in the 300 block of Brown Drive, near North Story and Rock Island roads, to a report of an unconscious person. When officers arrived, they found Rios dead inside.

Detectives determined that the boy's death "was not an accident," the news release said.

According to police, surveillance video showed the suspect and the child leave the apartment at 3 a.m. to go down to the car before returning around 4 a.m. When they returned, police said, the "child did not look to have life," or needed some kind of medical attention, but the suspect did not render aid according to the video, police said.

Rosa Rios, the boy's mother, spoke to WFAA about the incident and said she was asleep when Pena-Almanza, who she said was her boyfriend, took her son outside with him to get a charger from his vehicle.

"I asked him why didn't he wake me up when my son asked him to go outside, and he said because he didn't want to wake me up," Rosa Rios said.

Police said the mother called 911 around five hours after Pena-Almanza returned inside the home when she woke up and found the 2-year-old wasn't breathing.

Police initially arrested Pena-Almanza on Wednesday on a charge of abandoning or endangering a child. But while detectives interviewed him, Pena-Almanza said he killed Rios by hitting him several times, according to the news release.

Pena-Almanza told detectives that he hit Rios because the young boy wiped feces on him, police said.

"[Pena-Almanza] said Jeremiah told him he had poo-poo and he said Jeremiah reached inside his pants and wiped it on Arturo, and he said he lost it and pushed him and started hitting him on his head," Rosa Rios said.

He was charged with capital murder, according to police.

Police gave an update on Friday afternoon. Re-watch the news conference below:

Pena-Almanza was later transferred to the Dallas County jail, where he remained Friday. It wasn't yet known what his bond was.

"I never thought Arturo would do that. He had never lashed out like that," Rosa Rios said.

An official cause of death for Rios has not been released. Police said the mother is not a suspect.

Anyone with more information about what happened is asked to call Irving police at 972-273-1010. Tips can also be submitted by email to ipdcrimetips@cityofirving.org.

Meanwhile, family, who shared a photo of Jeremiah with WFAA, said the little boy was like many 2-year-olds: he loved cars and eating doughnuts for breakfast, his mother said. They have started an online fundraising campaign to help raise money to pay for his funeral.