"We're determined and we're not going to let quarantine or coronavirus stop us from doing what we do. Even if it's in a different way," said CTL's J.J. Leonard. 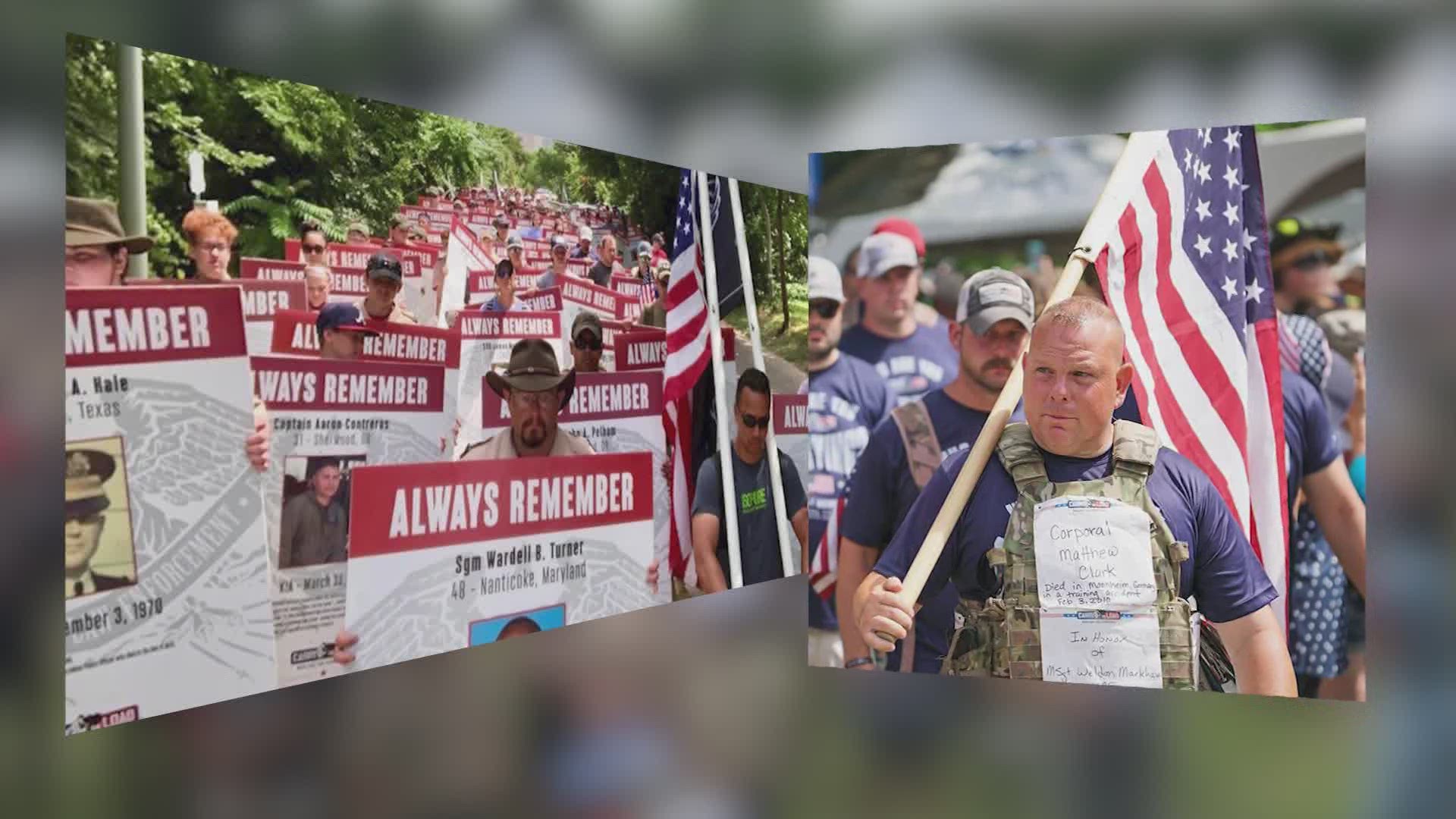 The COVID-19 crisis has canceled the gathering of tens of thousands on Memorial Day at Dallas' Reverchon Park. But it has not canceled the dedication to make sure those who have paid the ultimate sacrifice are properly honored and remembered.

Since its inception a decade ago by former Navy Seals Stephen Holley and Clint Bruce, Non-profit organization Carry the Load has sought to restore the true meaning of Memorial Day and raise funds for a growing list of veteran-assistance organizations.

Cross country relays, fundraising events, and the Dallas Memorial Day events that draw crowds to Reverchon and the Katy Trail, have raised more than $25.2 million for the programs that Carry the Load supports.

"I would argue that this year, more than any other year, Carry the Load needs America's support," said Carry the Load ambassador J.J. Leonard, a graduate of the U.S. Naval Academy, who served as an intelligence officer in the Marine Corps.

"We're determined and we're not going to let quarantine or coronavirus stop us from doing what we do. Even if it's in a different way," he said.

That different way has been to turn those cross country relays into 'virtual' relays with individuals still marching and still raising money on their own across the United States.

And the Dallas Memorial March, where participants march along the Katy Trail and into Reverchon Park carrying storyboards with the names and faces of American troops lost in battle, will be a Memorial Drive this year. Two miles of Turtle Creek Drive, starting at the Maple Avenue entrance to Reverchon Park, will be lined with those storyboards.

From 9 a.m. to noon on Memorial Day, with participants asked to sign up on the Carry the Load website to help better manage the expected crowds, you can drive those two miles in your car and, while maintaining safe social distance, pay your own homage to our nation's heroes.

"It can still be a very meaningful way of celebrating those lives and remembering those lives," said Leonard. "And doing good for those who are in need."

Carry the Load is a reference to the memory and grief individuals and families continue to carry after the loss of a loved on in service to this country.

He also marches each Memorial Day to remember the nephew of a family friend, Capt. Benjamin Sklaver, killed in Afghanistan in 2009, and Ssgt. Ben Roberts, USAF who died in a vehicle crash in 2014.

"And it's been very uplifting personally for me to know that Meghan and Doug and Erik and Ben and Benjamin's lives are not forgotten."

A pandemic might have changed everyone's plans, but it has not changed the dedication to keep all these memories alive.